In a post-Covid-19 world, how will South Africa recover from massive job losses? 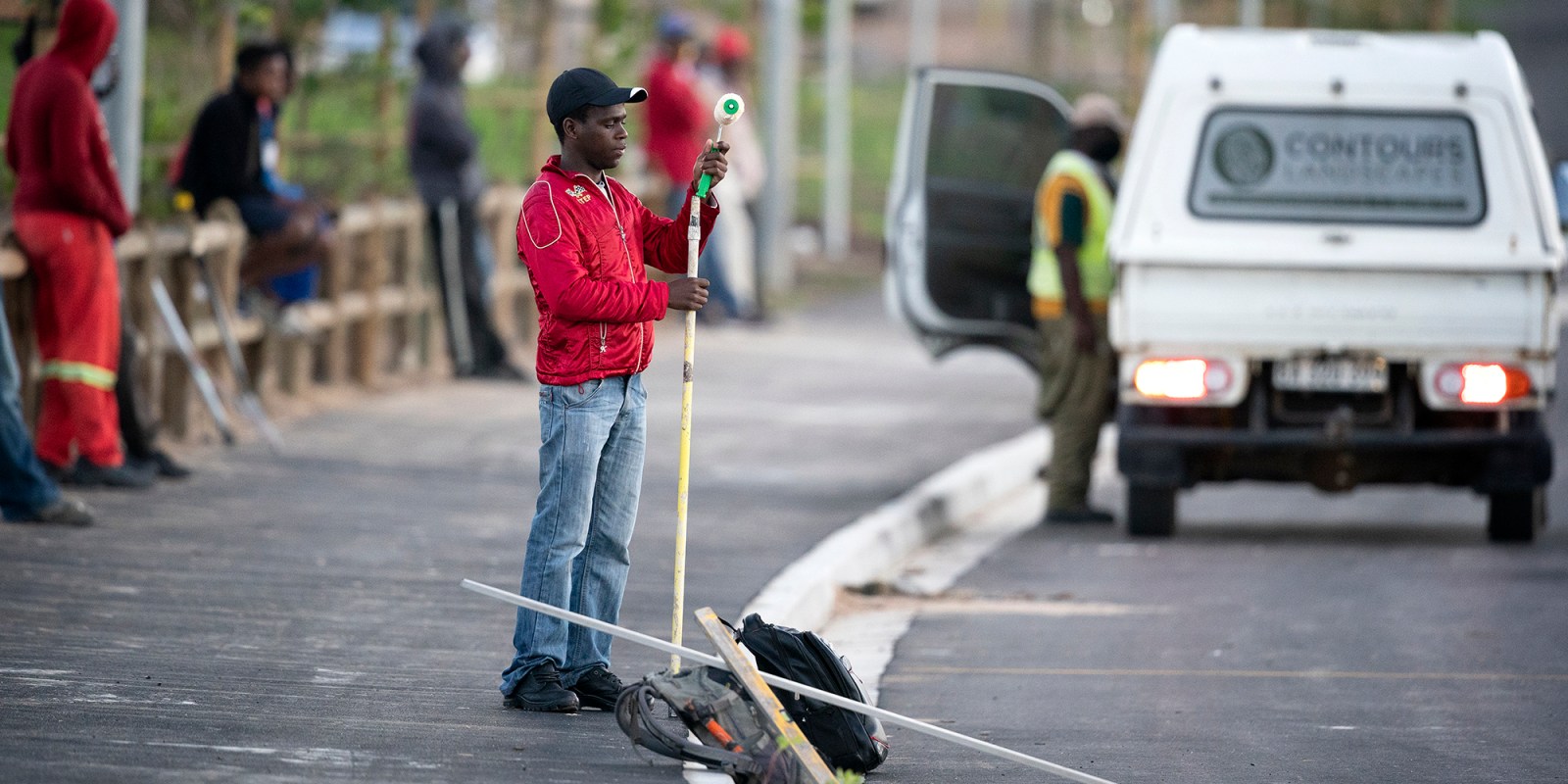 A painter displays a paint brush to indicate his skill as he waits for work with about 200 other job seekers at a road junction in Cape Town. (Photo: EPA-EFE / Nic Bothma)

How South Africa moves forward into a world after Covid-19 was a key theme at a webinar that unpacked some of the findings of the latest research report by NIDS-CRAM.

In a post-Covid-19 world, how will South Africa recover from massive job losses? This was the biggest question during a webinar after the release of the National Income Dynamics Study – Coronavirus Rapid Mobile Survey (NIDS-CRAM) report.

The report states that nearly 2.8 million people who lost their jobs between February and April had not returned to work by June.

Read in Daily Maverick: Post-Covid economy resembles a post-war landscape as joblessness climbs to highest ever

Haffajee said these figures could be experienced in a post-war or coup-like environment. Spaull said the 2.8 million jobs lost were equivalent to “a decade’s worth of growth”.

Mohohlwane, who wrote in the report about the Early Childhood Development (ECD) sector, said only 25% of children in SA had returned to ECD centres. The education researcher, who works for the Department of Basic Education, said such low figures of enrolment had not been seen in 18 years.

Mohohlwane said that during the lockdown, wealthier schools had been able to open, subject to departmental approval, but those in the public sector were closed across the board and this could “exacerbate inequality”.

She said it could take South Africa until 2030 to catch up the school time lost during the pandemic, but with remedial and comprehensive support it could be “as soon as 2023”.

And the next step? How does South Africa move forward?

The government needed to kickstart infrastructure programmes, said Spaull. Haffajee explained that these were government projects in areas such as roads, bridges, rail and energy.

Spaull said quick measures could include increased taxes on “super profits” such as those made by retailers, or South Africa borrowing more. Or South Africa needs to do more with less, Spaull argued, including “tackling corruption”.

Both Spaull and Mohohlwane agreed that technology infrastructure needs to be improved for the country to grow.

Spaull said there should not be another hard lockdown. “Government needs to get its arse out of the door,” he said and urged the implementation of projects as quickly as possible.

Spaull and Mohohlwane agreed there is a need to extend the Social Distress Relief grant, which was made available to those who are unemployed and do not receive any kind of social grants. Spaull said it was “really quite remarkable” that these funds, as well as the top-ups to the existing social grants, were distributed to four million people. DM