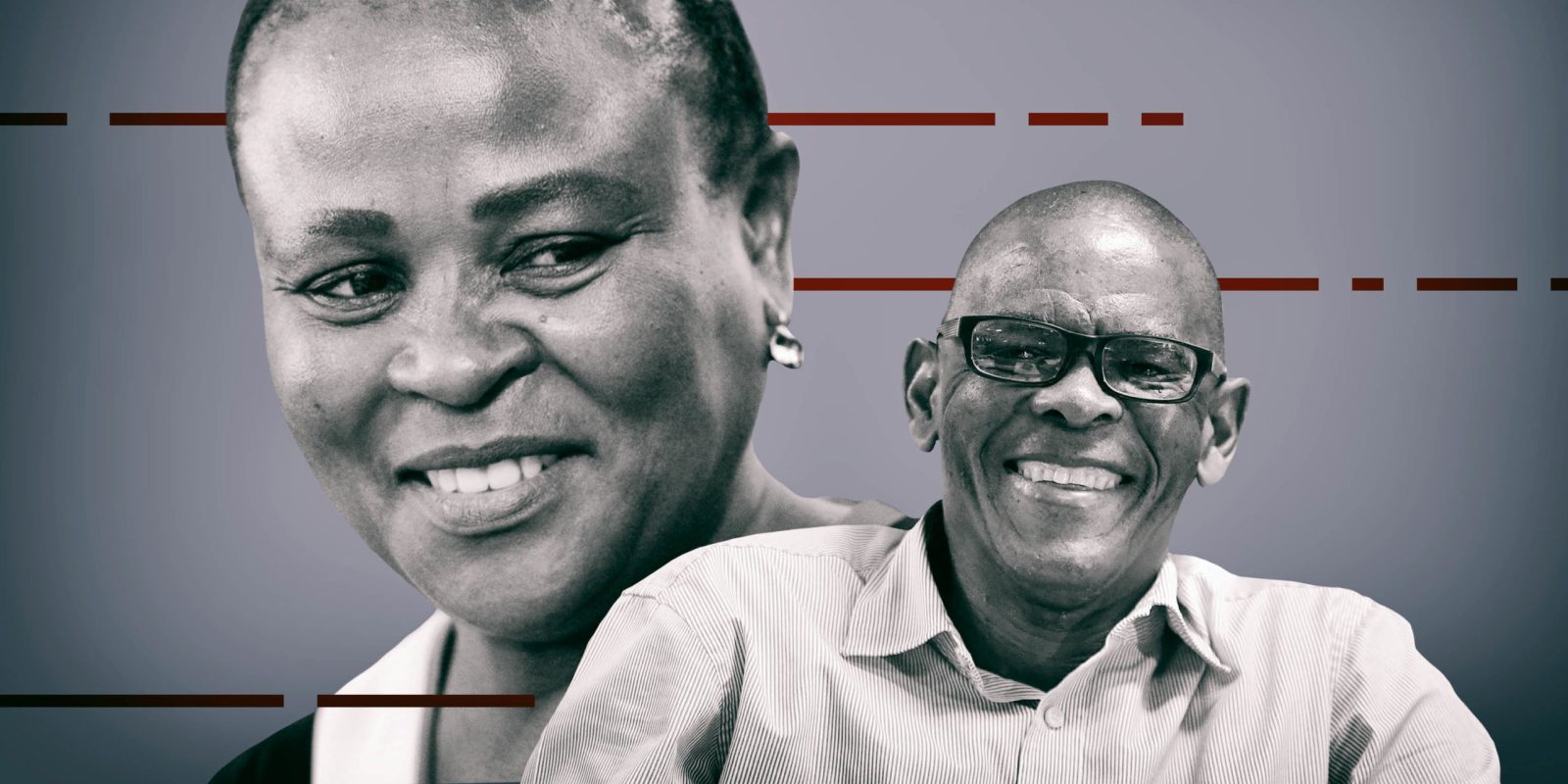 The consensus may be that the criminal justice net is tightening around ANC Secretary-General Ace Magashule – but that’s not the case in the world of Public Protector Busisiwe Mkhwebane. In a batch of 14 reports released on Wednesday, Mkhwebane once again clears Magashule of wrongdoing.

The complaint against Magashule was laid by Free State DA MPL Roy Jankielsohn, who alleged that Magashule twice misled the provincial legislature in written responses to questions. It was claimed that the former Free State premier lied when he said that his office had no involvement in funeral arrangements in 2012 for the late Free State MEC for health Fundiswa Ngubentombi, since a letter from his office showed that municipal officials had been told funeral costs would be refunded by the provincial government.

It was further claimed that Magashule lied when he told the provincial legislature in May 2015 that he had no knowledge of a Treasury report investigating an irregular contract entered into between his office and a firm called Letlaka Communications.

On the information given by Magashule regarding Ngubentombi’s funeral, the Public Protector found that “the former Premier’s response may have been somewhat vague and to an extent inadequate, but cannot be regarded as evasive and/or misrepresenting the facts”.

When it came to the Treasury report probing the dodgy contract, Mkhwebane determined that three versions of the report were in circulation when Magashule gave his response, with one being leaked.

“The former Premier’s responses to questions was formulated with the view to ascertain which version of the report was being referred to in light of the possibility that it may be the leaked version,” Mkhwebane stated.

“In this regard, his reply cannot be construed as misleading in any way, given the context in which it was provided.”

Mkhwebane did, however, make adverse findings against one of Magashule’s Free State Cabinet members: former MEC for public works and infrastructure Sam Mashinini.

The Public Protector determined that Mashinini did mislead the legislature – when he stated that his department had never agreed to foot the bill for Ngubentombi’s funeral, contrary to the directive from Magashule’s office that the provincial government would refund the municipality for the costs incurred.

Mashinini argued that he provided incorrect information by mistake, as he did not have the facts to hand when he gave his response. Mkhwebane accepted that Mashinini “inadvertently” misled the legislature, and in so doing violated the Constitution and the Executive Ethics Act.

Mashinini is currently the Free State MEC for Police, Roads and Transport. The DA’s Jankielsohn stated in response to the Public Protector’s findings that Mashinini’s continuing presence in the provincial executive committee was untenable and that he should be removed from his position.

Jankielsohn’s statement added that the DA “is still in the process of assessing the Public Protector’s findings that again clear Mr Magashule of wrongdoing”.

Mkhewebane has some form in this area. Most notably, the Public Protector failed to make any adverse findings against Magashule in her Vrede dairy farm investigation, with a senior staff member claiming that Mkhwebane ordered the removal of any damning conclusions against both Magashule and former Free State agriculture MEC Mosebenzi Zwane.

As reported by Daily Maverick last week, in the same batch of reports Mkhwebane also chose to remain silent on the conduct of former minister of energy Tina Joemat-Pettersson over the attempted 2015 sale of 10 million barrels of South Africa’s emergency oil reserves. Instead, the Public Protector singled out the former CEO of the Strategic Fuel Fund Association, Sibusiso Gamede, for sanction.

Freedom Front Plus MP Anton Alberts, who was one of two MPs who laid a complaint with the Office of the Public Protector over the sale of the strategic fuel stock, told Daily Maverick he was bemused by the virtual invisibility of Joemat-Pettersson in the final report.

“The FF Plus specifically requested the Public Protector to investigate the possible liability of Minister Tina Joemat-Petterson in the sale of the strategic fuel stock that exposed the country to a possible fuel crisis. In the end, the Public Protector did make findings of irregularity, but for reasons not quite fathomable only pointed fingers to Mr Gamede in this respect,” Alberts said.

“The investigation does not clarify whether the minister knew about the non-compliance brought about by Mr Gamede and condoned it or whether she was actually misled. There is also no clarity on all aspects of non-compliance, which were the responsibility of the minister and which of Mr Gamede.”

Alberts added that the party hoped that the criminal investigation into the matter would “dig deeper”.

The Public Protector’s report on this issue follows Mkhwebane’s 2019 failure to make findings on Joemat-Pettersson’s conduct with regard to the signing of the shelved nuclear deal between South Africa and Russia.

Mkhwebane’s apparent timidity as regards politicians like Joemat-Pettersson and Magashule is in marked contrast with her appetite for taking on Public Enterprises Minister Pravin Gordhan. In the North Gauteng High Court this week, Mkhwebane’s lawyers are arguing that Gordhan should be held criminally liable for approving the early retirement of deputy South African Revenue Services commissioner Ivan Pillay.

Asked about the legal proceedings by journalists at Wednesday’s press conference releasing the latest batch of reports, Mkhwebane responded that Gordhan’s conduct had been an “insult to the Public Protector”.

As examples of the insults levelled against her, Mkhwebane said she had been accused of being corrupt, supporting State Capture and being part of the “Fight Back” campaign.

Mkhwebane said that both the Public Protector Act and the Constitution were clear: