Underpaid and Unprotected: The case for supporting comm... 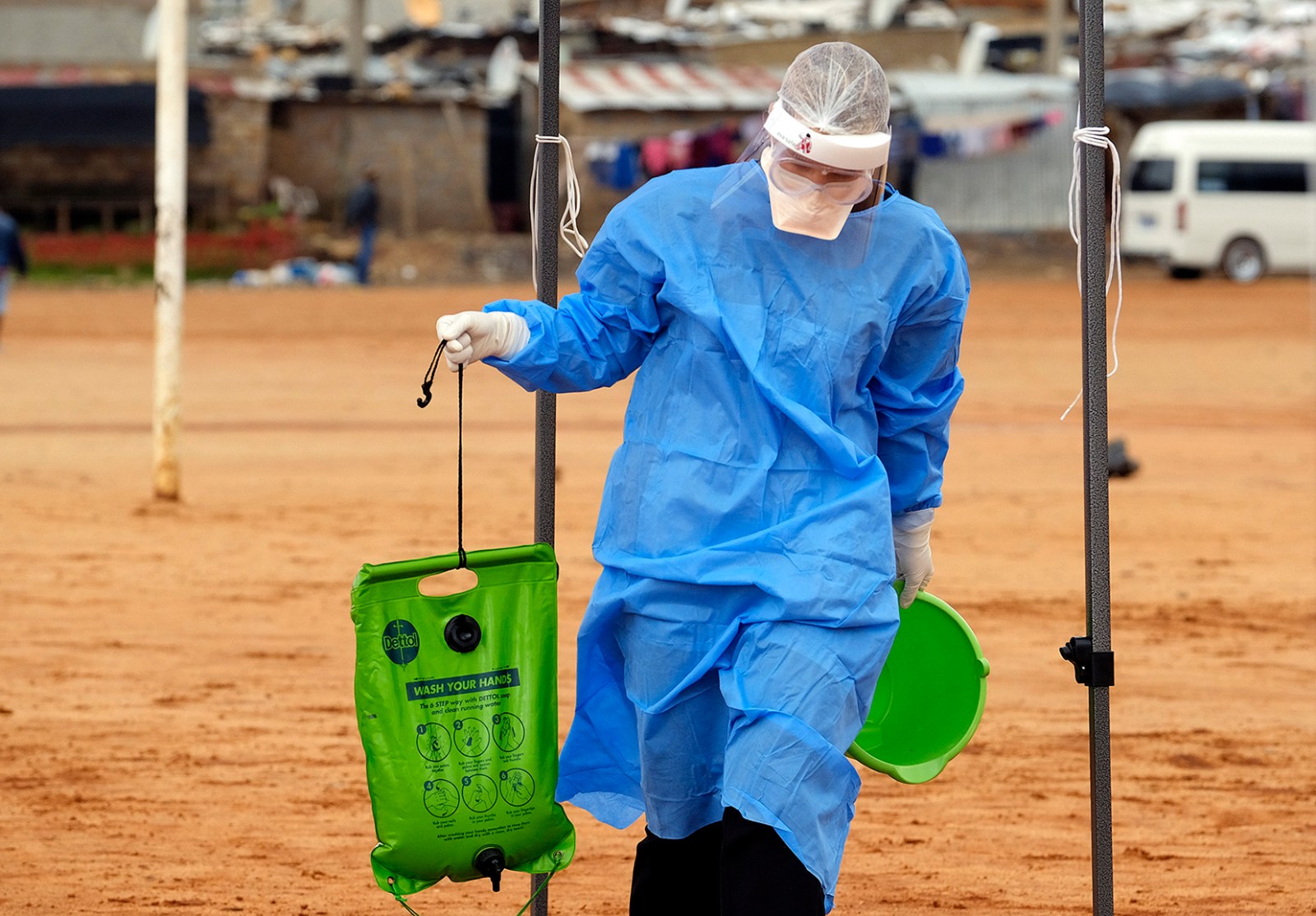 A health worker during testing and screening in April 2020 in Alexandra, Johannesburg. (Photo by Dino Lloyd)

If we are serious about universal healthcare, we need to match the commitment shown by community health workers. Not only must their contribution to the pandemic response be recognised, but they deserve a say in health policymaking and implementation that affects them, the authors argue.

In July 2020, community health workers (CHWs) staged a protest outside the offices of the Eastern Cape Health Department in Bhisho, calling for enlistment as full-time employees by the department. Subsequently, the Eastern Cape MEC for Health, Sindiswa Gomba, stated that the full-time employment of CHWs was “not a straightforward issue for the province”.

CHWs asking for representation on the Nelson Mandela Health forum, which serves as one of the oversight bodies for primary healthcare in Bhisho, were told that they could not be included because they were employed to assist the province with its Covid-19 response. The irony of exclusion based on their temporary employment, while there is ongoing debate at the national level about their permanent employment, was not lost on these CHWs desperately seeking to add their voices to discussions on policy and programmes.

Noluthando Mhlongo from KwaZulu-Natal, who is among some CHWs that work with the C-19 people’s coalition asked, “How can we be relied on to screen and test communities for Covid-19, yet not be allowed to share our perspectives from the frontline at health forums?”

TB Proof is also a member of the C-19 coalition.

All these strategies rely on CHWs.

Chair of the Ministerial Advisory Group on Covid-19, Professor Salim Abdool Karim has described CHWs as South Africa’s “secret weapon against Covid-19”. Yet, CHWs’ requests for consultation on their scope of work, remuneration and protective equipment remain unanswered despite multiple advocacy letters addressed to the Minister of Health, Dr Zweli Mkhize, demonstrating the government’s lack of political commitment to support CHWs.

In an April 2020 statement, the Health Minister promised that healthcare workers would be deployed with “appropriate personal protective equipment”. However, this has not always transpired.

CHWs face unacceptably dangerous working conditions that put them at risk of Covid-19 and lack the basic employment conditions for them to be provided with compensation should they fall ill. Early data from the pandemic shows that there has been a steep increase in Covid-19 infections among health workers across Africa. Data from India suggests that the use of face shields in addition to surgical masks, hand sanitiser, gloves and shoe covers, can reduce the risk of Covid-19 infections in CHWs. Yet, no guidelines have been published advising recommended personal protective equipment (PPE) for CHWs. Although the increased risk of TB in CHWs has long been documented, there is a lack of consensus about their need for N95 respirators, despite being expected to take the risk of obtaining sputum cultures from people who may have TB, in addition to providing Covid-19 related care.

“When it comes to N95 respirators, we are unprotected,” said Boniwe Plaatjie, a CHW from the Northern Cape. This has dangerous consequences for CHWs who are risking their lives to care for underserved communities. Furthermore, failure to prepare and protect CHWs shows a flagrant and unacceptable disregard for the lives of those on the front-line, and it undermines the importance of the public health messages they are tasked to deliver.

Despite their integral role in South Africa’s health system, there is a long history of CHWs being denied access to contribute to discussions that determine the scope and payment of their work. For instance, the Ward Based Primary Healthcare Outreach Teams policy (initially drafted in 2011 and finally released in 2018) was developed to facilitate the provision of integrated primary healthcare at the household level and community outreach services. In the foreword to the policy framework and strategy document released in December 2017, former Minister of Health, Aaron Motsoaledi, wrote that “CHWs form the bridge between communities and healthcare service provision within health facilities”. The then Director-General for Health, Dr Precious Matsoso, wrote in her foreword that “CHWs organised into [teams] will play a pivotal role in improving access to primary healthcare for vulnerable communities”. Yet to date, no implementation plan for the team policy has been released, nor have CHWs been consulted on its development or content.

Now, with Covid-19, CHWs are struggling to balance their new tasks within their prior broad scope of work, that remains undefined. “The lack of CHW representation in discussions about implementation of primary healthcare is a major impediment to South Africa’s goal of rolling out universal health coverage,” said Gale Mookroof, a CHW from the Northern Cape.

It has been estimated that if South Africa invests in 41,000 more CHWs, 34,800 lives will be saved in the next decade. However, before the programme is expanded, we must ensure that health departments allow CHWs to be represented when policy is made and implemented.

South Africa’s swift initial response to the Covid-19 pandemic instils hope that the country can make radical decisions to address its health problems. For the ongoing repercussions of the Covid-19 pandemic to be tackled effectively, the contribution of CHWs to the pandemic response and to a universal health coverage agenda needs to be recognised. Their salaries should reflect the effort and risks they have shouldered for too long. It is time to enact changes that provide meaningful support to CHWs and grant them a seat at the table. DM/MC

*The authors are all members and/or board members of TB Proof, a leading TB advocacy organisation in South Africa.

This article was first published in Spotlight – health journalism in the public interest. Sign up for our newsletter.