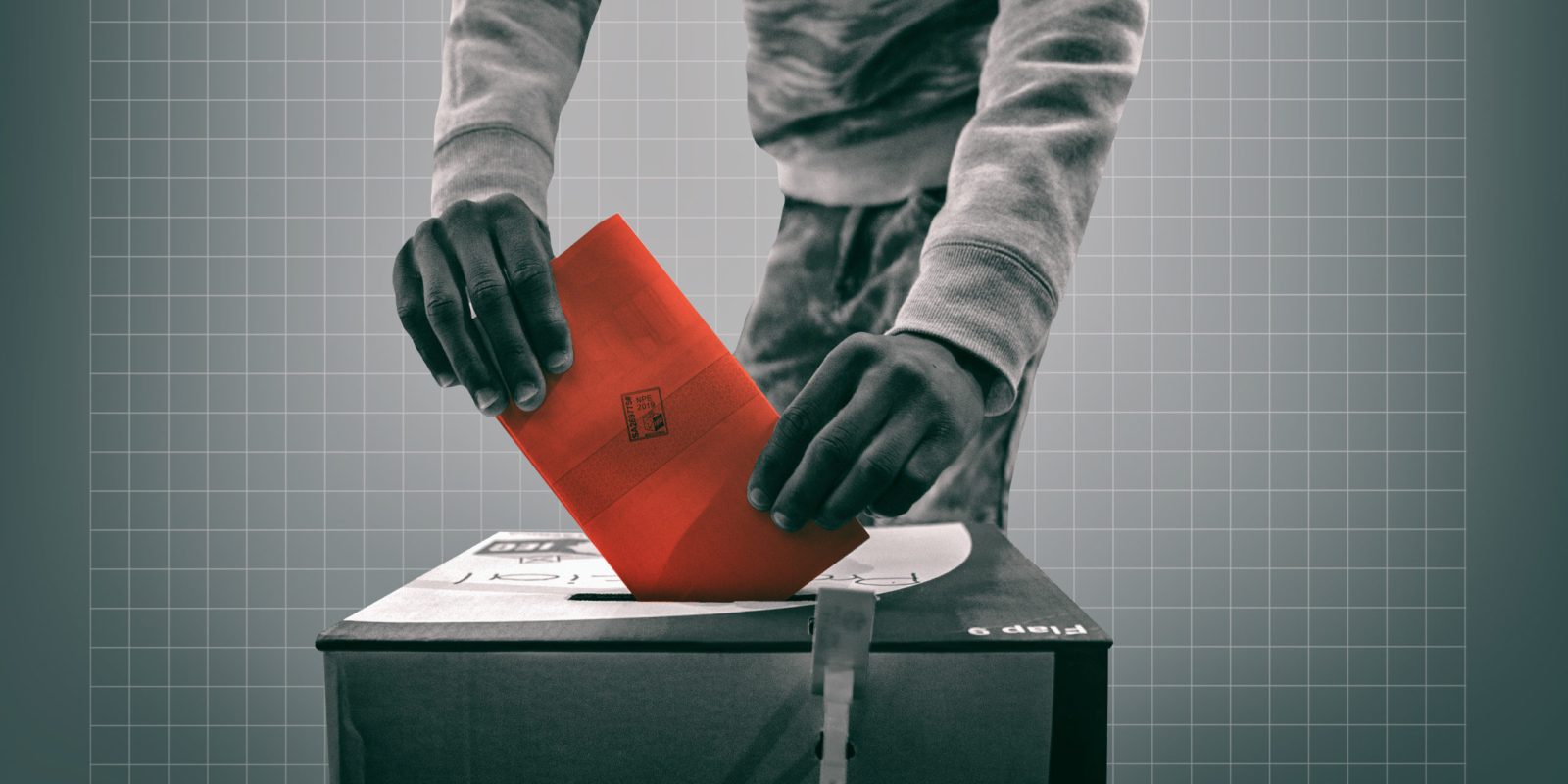 Over the last few weeks, members of the Electoral Commission of South Africa have been emerging to communicate the ongoing preparations for the 2021 local government elections. And while there have been calls for those polls to be merged with the 2024 national elections because of Covid-19, the IEC has made it clear that in its view that’s a non-starter.

Local government elections will almost certainly be held in South Africa between 3 August and 3 November 2021 – despite appeals from both the EFF and the ANC for the polls to be postponed.

That has been the message from the Electoral Commission of South Africa (IEC) in a series of engagements over September. The body has made it clear that its strong view is that next year’s local government elections should go ahead as planned.

The idea of combining local, provincial and national elections and postponing the polls to 2024 was mooted during lockdown by political parties and has not yet been decisively dealt with. The IEC has stressed that the decision is not its to make, but has voiced a preference on the matter.

IEC CEO Sy Mamabolo told a recent webinar organised by the University of the Western Cape’s Dullah Omar Institute that the notion of a single election “requires a long policy discussion”, and “might even have to include the views of the electorate”.

Said Mamabolo: “I do not see the possibility of that before the next [2021] election.”

Objections to merging the elections include the logistical nightmare this would entail, with 120 million ballots needing to be printed.

But a greater problem, IEC chairperson Glen Mashinini reminded a dialogue with the South African National Editors’ Forum (Sanef) on 16 September, is that the term of office of current local government office-bearers is due to expire in 2021. For a single election to be held only in 2024, it would mean the term of these office-bearers would have to be extended for three years – something Mashinini suggested would present a major constitutional headache.

“It would be far more constitutionally sound for a term of office to be shortened, rather than lengthened,” Mashinini said.

The EFF is clearly keen on the idea of a single election for financial reasons, as campaigning is notoriously costly. But as Wayne Sussman has pointed out in Daily Maverick, a single election would probably be disastrous for the EFF because the ANC “overperforms on the national ballot”.

For a related reason, the director of the Dullah Omar Institute, Professor Jaap de Visser, also expressed strong opposition to the idea of merging the elections.

“I would fear the worst for the little bit of local accountability we have built up.”

South Africa is already one of more than 70 countries internationally that has had to postpone elections, Mashinini pointed out: in South Africa’s case, 96 by-elections.

No by-elections have been held in SA since March 2020 – but according to the Municipal Structures Act, such by-elections cannot take place six months or less before local government elections. In other words, South Africa needs to clear its by-election backlog between now and February 2021; itself a weighty challenge.

Mamabolo told the webinar that full protocols had been drafted on running polls while Covid-19 is still a reality. Management of queues will be critical, and voters will be required to sanitise their hands upon arrival and departure from voting stations. Personal protective equipment will be provided to all IEC officials.

A more dangerous concern, suggested Dr Thina Nzo from the Public Affairs Research Institute, is “the extent to which political killings have become characteristic of local government elections”, with the issue being particularly prevalent in KwaZulu-Natal historically.

All these measures are essential, but will come with a hefty price tag, Mamabolo warned.

“The bigger question is on the environment and the ability of political parties to campaign,” he suggested.

Yet, despite the challenges posed by the Covid-19 pandemic, the IEC is prepared for the 2021 local government elections to be the most hotly contested to date.

Mamabolo says they are predicting that about 20% more candidates will stand for election than did so in the last municipal polls in 2016.

That would mean about 76,000 candidates in total, of which just over 1,000 will run independently. The current court action around amending the Electoral Act to allow independent candidates to run in the national elections will have no impact on the local polls, since independents have always been able to contest local elections.

The IEC CEO said that the changes to voting procedure coming in 2021 will include a new method of accommodating voters whose addresses are not yet on the voters roll.

“We are introducing a variable procedure where they are able to submit an address on the day of voting, and a determination will be made whether they fall in the ward or not,” Mamabolo said.

During the webinar, the former city manager of Nelson Mandela Bay Municipality, Johann Mettler, suggested that there were other features of South African voting which should be considered ahead of time.

One such is the practice of “bussing”, which Mettler defined as bringing external voters into a ward “because the numbers [for a particular party or candidate] don’t look good”.

Mettler said: “There must be a particular way one must deal with that, and not ad hoc.”

A more dangerous concern, suggested Dr Thina Nzo from the Public Affairs Research Institute, is “the extent to which political killings have become characteristic of local government elections”, with the issue being particularly prevalent in KwaZulu-Natal historically.

The IEC has already begun the process of procuring election materials ahead of a December 2020 deadline for all voter registration equipment to be in place.

But one of the biggest unknowns is what voter turnout is likely to be. The municipal polls attract fewer voters than the national elections even in “normal” times: in 2016, voter turnout was 58%.