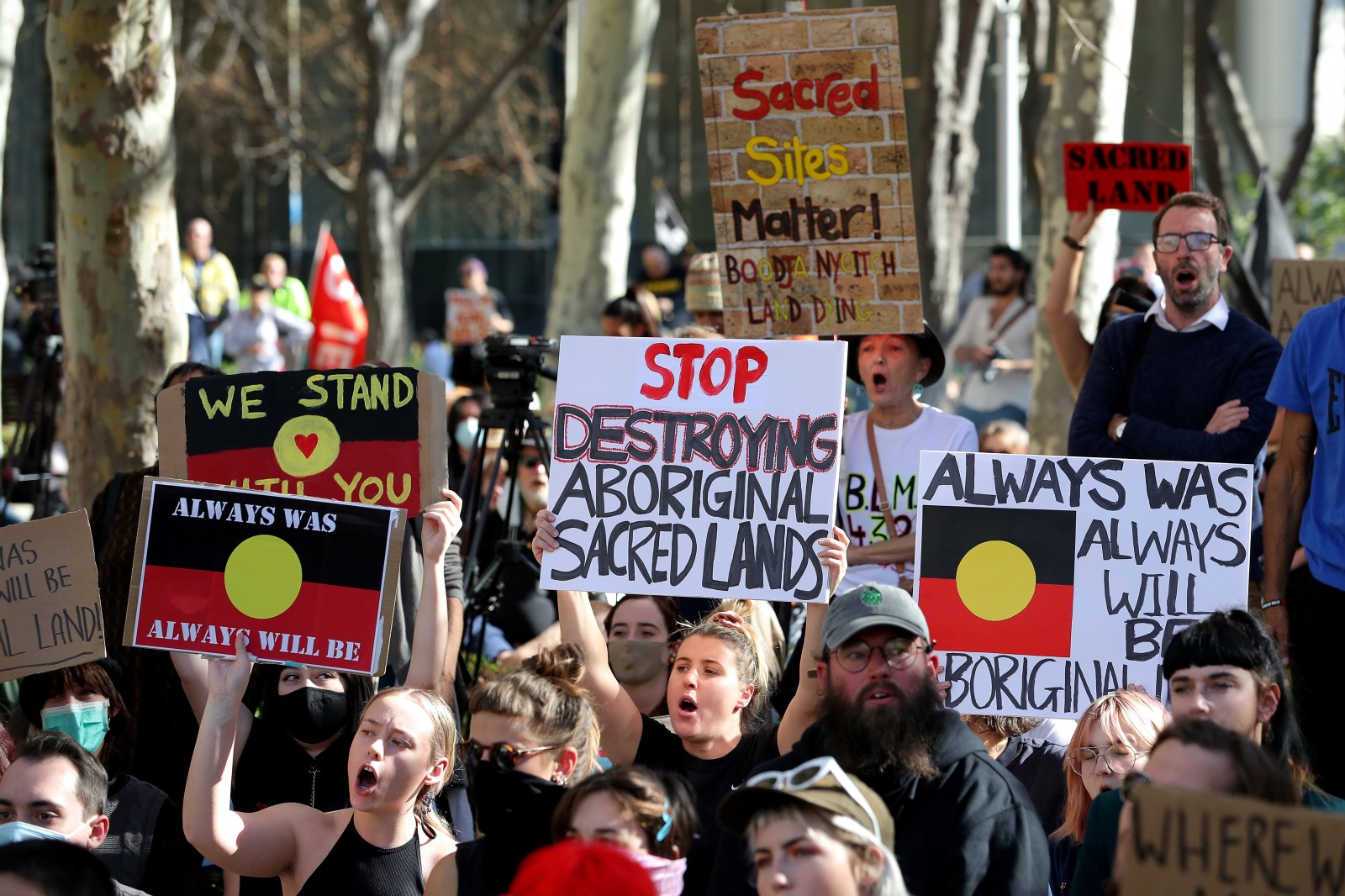 Protesters are seen during a rally outside the Rio Tinto office in Perth, Australia. Rio Tinto recently detonated explosives in an area of the Juukan Gorge, destroying two ancient deep-time rock shelters. EPA-EFE/RICHARD WAINWRIGHT AUSTRALIA AND NEW ZEALAND OUT

The corporate world is abuzz with buzzwords. A recent one that has risen to prominence is ESGs – environmental, social and governance concerns. Increasingly, these buzzwords are driven by investors and shareholders, and boardrooms are taking note.

Lonmin no longer exists, and Rio Tinto CEO Jean-Sébastien Jacques is on his way out. And the fates of both stemmed from investor disapproval. Lonmin’s investor support eroded as the massacre, and the company’s failure to deliver on its social commitments, gradually made its shares toxic.

A standout in this regard was its erection of three houses for its employees, 4,997 short of its pledge to build 5,000.

In the case of Rio, shareholders – including Australia’s largest pension fund – immediately revolted in their revulsion at the detonation of the archaeologically significant rock shelters at Juukan Gorge in Western Australia, which was pointedly opposed by Aboriginal groups.

The blasts gave Rio Tinto access to $135-million worth of iron ore, but the unfolding damage to the company’s reputation will likely exceed that amount by a long shot.

These are just two examples of many. Institutional investors are increasingly directing their capital to companies based on their ESG performance and holding them accountable if they don’t meet the standards they expect.

This is why virtually every large publicly listed company today, especially in the resources sector, has ESG compliance scorecards or goals, or that sort of thing in their annual reports and financial results.

Indeed, as we reported last week, the Big Four global accounting firms have come together to agree on a common set of ESG metrics.

It would be easy to dismiss such initiatives as corporate “greenwashing” or a transparent PR gambit, which it no doubt is in many cases. But tell that to Rio Tinto’s outgoing CEO. Or tell that to the coal industry, which is finding it increasingly difficult – and hence more costly – to access financing for new projects or plants.

According to a 2019 report by global accounting and consulting group PwC, coal in 2018 accounted for 23% of mining revenue generated by the top 40 miners, but only 15% of capital expenditure – a gap explained by the growing reluctance of banks to fund coal projects because of the fossil fuel links to the climate crisis.

The Church of England’s Pensions Fund is among the institutional investors leading the charge. Its seed capital may have originated in Henry VIII’s looting of the monasteries after his break with Rome, but in the 21st century, it appears to be using its investment clout for the greater good.

It has been at the forefront of efforts by Climate Action 100+, an initiative comprised of investors with more than $30-trillion of assets under management, to put pressure on mining companies such as Glencore and Anglo American to scale back their coal operations or ditch the assets.

And in the wake of the collapse of mining company Vale’s iron ore tailings facility at Brumadinho, Brazil, in 2019 that killed 270 people, the global mining industry scrambled to raise the bar on the standards governing the construction, maintenance and oversight of such structures.

This initiative was also driven by investor demands.

In June, research group and consultancy Opimas said in a report that funds making use of ESG data – itself a growth industry – almost doubled to $40-trillion in 2020 from $22.9-trillion in 2016.

At the same time, there has been a disconnect in many cases between these trends and government policies. Witness the Donald Trump administration’s rollback of environmental regulations across the board. Trump wants to take America back to the 1950s, and he certainly is doing so on this front. This merely underscores how out of touch this failed businessman is with 21st-century corporate and investor culture.

Or take the South African government and governing ANC. Pretoria claims to take the climate crisis seriously, yet the Department of Mineral Resources and Energy has a perplexing inability to approve renewable energy projects. And business labours under a mountain of regulations, including BBBEE requirements, procurement targets, social and labour plans (in the case of the mining industry), and many others.

Like Trump, the ANC remains trapped in the past, seemingly oblivious to the social and environmental initiatives that companies themselves are taking in response to investor demands. BM/DM