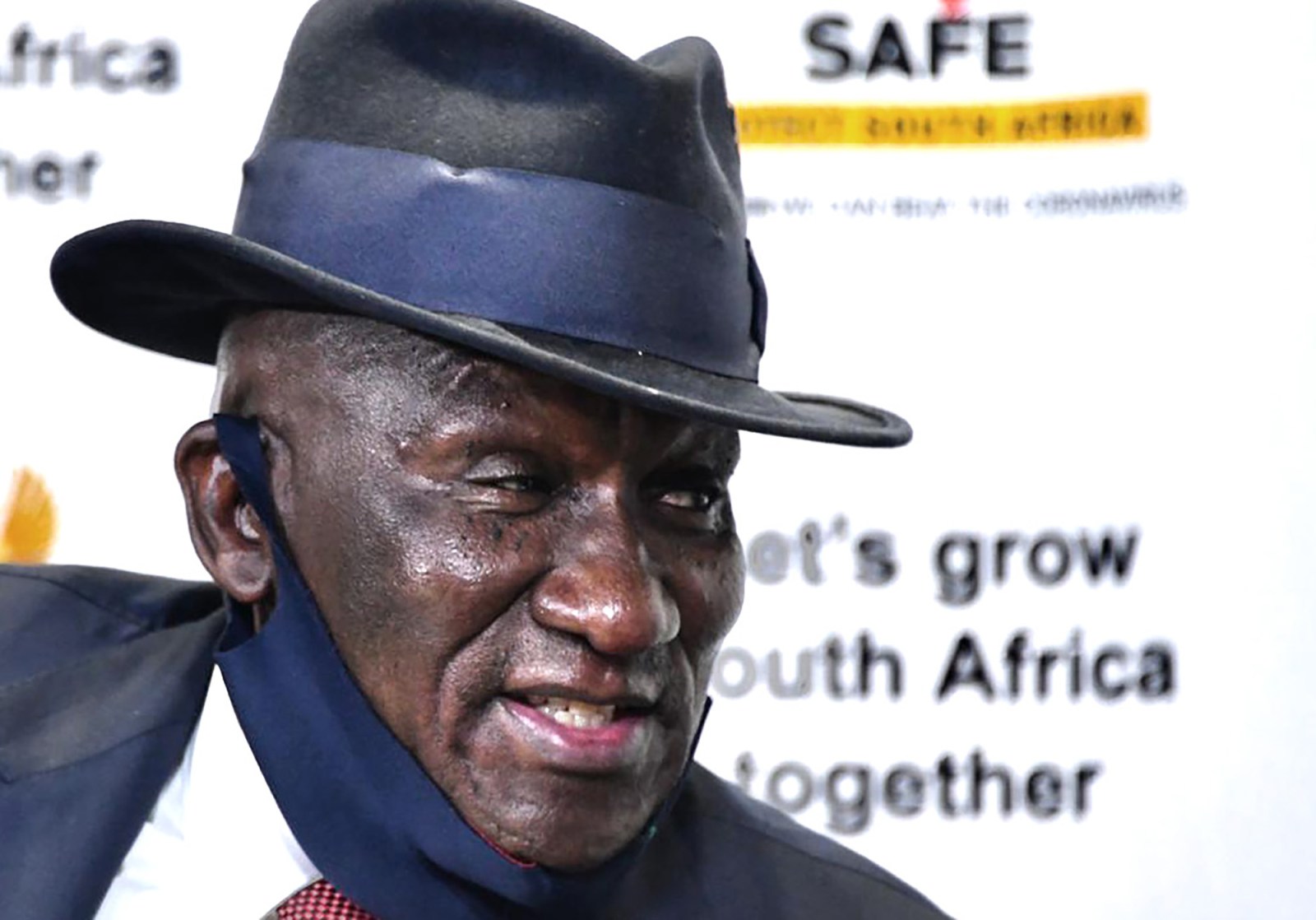 The police minister warned the public that although the lowest alert level has been implemented, the country is ‘not out of the woods’ in terms of Covid-19 and those contravening the regulations would be arrested.

Police Minister Bheki Cele said that although lockdown restrictions have eased, the SAPS will continue to clamp down on behaviour that may spread the virus.

“South Africa may be on the lowest alert level of the National Lockdown, but law enforcement, on the other hand, will remain on high alert,” said Cele.

Speaking at a media briefing on Tuesday regarding the Level 1 lockdown regulations, he said the country was not “out of the woods” and urged people to adhere to regulations or face the consequences.

“As the South African Police Service, we remain resolute in meeting our constitutional mandate, which is to maintain law and order whilst ensuring adherence to the Disaster Management Act.”

As indicated by President Cyril Ramaphosa’s address, since Monday 21 September the curfew time has shifted and is now from midnight until 4am. “Police will continue to enforce the curfew,” said Cele.

The sale of alcohol at liquor stores is allowed between 9am and 5pm on weekdays, and is prohibited on weekends and public holidays.

Alcohol can be consumed at licensed establishments such as bars and restaurants between 9am and midnight – including weekends.

Cele emphasised that alcohol bought for on-site consumption cannot leave the premises. Nightclubs remain closed. He expressed disappointment at shebeen and tavern owners who had flouted the 10pm curfew under Alert Level 2.

“I want to remind all the business owners who insist on flouting the rules – the long arm of the law will catch up with you and you will also lose your operating licence,” Cele warned.

Since lockdown began in March, a total of 310,494 people have been arrested and charged with contraventions of the Disaster Management Act. The violations include flouting liquor laws and transport and cross-border related offences.

Public gatherings are now permitted – with restrictions. As announced by Cooperative Governance and Traditional Affairs Minister Nkosazana Dlamini Zuma, a maximum of 250 people are allowed at indoor events and 500 people at outdoor events. However, health guidelines must be observed: people must be 1.5m apart and smaller venues, where that distance cannot be maintained, are only allowed to be filled to a maximum capacity of 50%.

Funerals can have a maximum of 100 people. This applies to both indoor and outdoor proceedings; for example, if 100 people attend the church service, more people cannot join for the subsequent burial at the cemetery. Night vigils are still prohibited.

A journalist raised concerns that SAPS officers were ignoring health protocols by not wearing masks while on duty. In response, National Police Commissioner Khehla Sithole said it was mandatory for police to wear masks while on duty as per instructions handed down by the SAPS Covid-19 steering committee and breaking the rules would be regarded as misconduct.

“We will send senior officers to check on the compliance and will also strengthen our internal monitoring policies to ensure members of the police do not infect the public and rather help them,” said Sithole.

Regarding gender-based violence, Cele outlined some of the interventions implemented by SAPS to combat the scourge, adding that police stations in 30 GBV hotspots across the country had been identified.

Topping the list is Delft police station, followed by Mamelodi East. All police stations on the list are meant to establish a dedicated desk for GBV cases to reduce secondary victimisation of survivors by police officers.

Figures of reported domestic violence-related cases of murder, rape, attempted murder and assault GBH were also considered when compiling this list, as well as data from victim support services like the Thuthuzela Care Centres and health facilities.

The minister announced that a SAPS telephone directory with contact details for all police stations and divisions within the department was now available.

Concerns were raised over a planned march on Wednesday to the Nigerian and Zimbabwean embassies in Pretoria to demand that foreign nationals be deported. There are fears it could spark violence.

“If the march is about foreign nationals it carries the danger that it may become xenophobic,” said Cele while reminding the public that protesting is constitutional so long as participants are unarmed.

“We will be watching the march and we hope the march is peaceful and it does not ignite any form of xenophobic sentiments.” DM