Embattled Lottery board chairman to leave in November 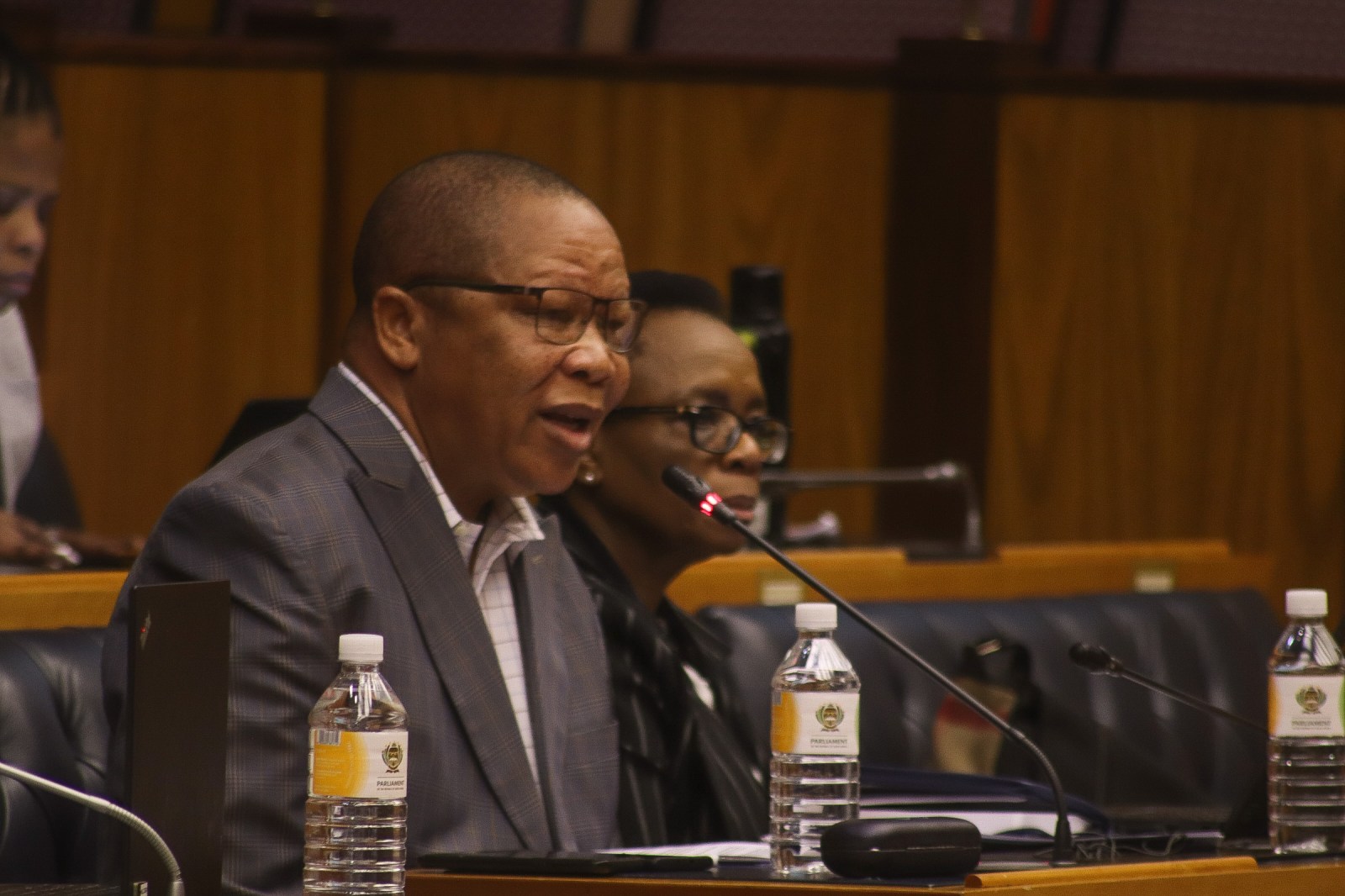 The current chairperson of the National Lotteries Commission, Prof Alfred Nevhutanda, has been embroiled in several controversies. A few weeks ago, he refused to resign when a member of Parliament asked him to do so.

The position of chairman of the National Lotteries Commission has been advertised, with the term of office of the incumbent, Prof Alfred Nevhutanda, due to end on 30 November.

The post was advertised in the Government Gazette on 4 September, with an appointment date of 1 December 2020. The NLC has been engulfed by ongoing reports of corruption, nepotism, and maladministration.

The Democratic Alliance’s shadow minister for trade and industry, Dean Macpherson, who has described Nevhutanda as “scandal-ridden”, recently called on him to resign, in light of the findings of an investigation into NLC corruption ordered by Trade and Industry Minister Ebrahim Patel.

Macpherson’s call, during a virtual meeting of Parliament’s trade and industry committee earlier this month, came after department of trade and industry director-general, Lionel October, told MPs that a dossier on Denzhe Primary Care, a dodgy non-profit organisation that had received R27.5 million to build a drug rehabilitation centre, had been handed to the police to investigate. Another three multimillion-rand Lottery grants were also under investigation, October said.

But a defiant Nevhutanda said he would not resign.

“The answer is a big N-0, no! The minister is the one who will tell me to resign,” he told Macpherson (see News24 report).

Nevhutanda’s term was due to end in November last year, but it was extended for another year after a showdown with Patel. By then he had already served a statutory maximum of two five-year terms as the organisation’s board chairman.

Patel then extended Nevhutanda’s term by a year. “I concluded that it would be in the best interest of the National Lotteries Commission to secure a settlement and extended the period of appointment of the Chairperson for a one-year period to 30 November 2020,” Patel told Macpherson in a written reply to a parliamentary question. This, he said, was done “with an explicit agreement that this was “in full and final” settlement of any claims that he may have or believes he may have”.

The settlement means that Nevhutanda will have served 11 years in office by the time he finally vacates his position. He was reappointed for a second term in the face of DA objections that the ANC had bulldozed Nevhutanda’s reappointment “despite his chequered and controversial past”.

Although the NLC position is not as an executive chairman, Nevhutanda is very “hands-on” and maintains a permanent office at the NLC’s Pretoria headquarters, according to several sources who work there. He earned R1,468,000 in board fees as NLC chairman in 2019. He received a further R103,000 for “travel costs” and R21,000 for “cellphone allowance”.

Besides his position at the NLC, he is also a director of 33 companies, according to Companies and Intellectual Property Commission (CIPC) records. He has directorships in mining, investment, resources and IT companies.

Until recently, the NLC has enjoyed the protection of the ANC-dominated portfolio committee and its chairman, Duma Nkosi. But Patel appears to have lost patience with the NLC and the tide has turned, possibly also because of President Cyril Ramaphosa’s public stance against corruption in recent months.

A senior pastor with the Higher Grace Church International, Nevhutanda was originally appointed NLC board chairman in 2009, under the presidency of Jacob Zuma. He is a former chairperson of the ANC in Limpopo and was one of the key fundraisers for the ANC’s 2009 election campaign in Limpopo.

At the time of his appointment, he was executive director of Coal of Africa, an Australian Company, which was planning to mine in the Mapungubwe world heritage site. The company was in conflict with the Venda community over its mining plans, according to a 2011 report on the National Lotteries Board – the previous name of the NLC – by the Funding Practice Alliance (FPA). He is no longer listed as a director of Coal of Africa.

Nevhutanda has been in the forefront of attacks against GroundUp’s reporting of corruption, nepotism and maladministration involving Lottery grants. He has told Parliament that the State Security Agency was asked to investigate.

He also has told Parliament, without producing any evidence, that the NLC’s computers had been hacked and “information about projects since 2001 was in the US, with a backup in the Western Cape”. This, he said, was the source of media reports about the NLC. Journalists, he said, were being paid to write “fake stories about the misspending by the NLC, with the intention of bringing down the organisation”.

Nevhutanda’s term in office has been marked by several controversies.

Also on his watch, the Lottery gave trade union umbrella body Cosatu R1-million in 2011 for a birthday bash. The Lottery also gave a R40-million grant to help pay for the National Youth Development Agency’s (NYDA) 2010 World Festival of Youth and Students, which was dubbed the “kiss fest” because of the “large number of participants spotted kissing each other, and sleeping”. DM