Same-sex couple demands R2m in damages for ‘impairment of dignity’ 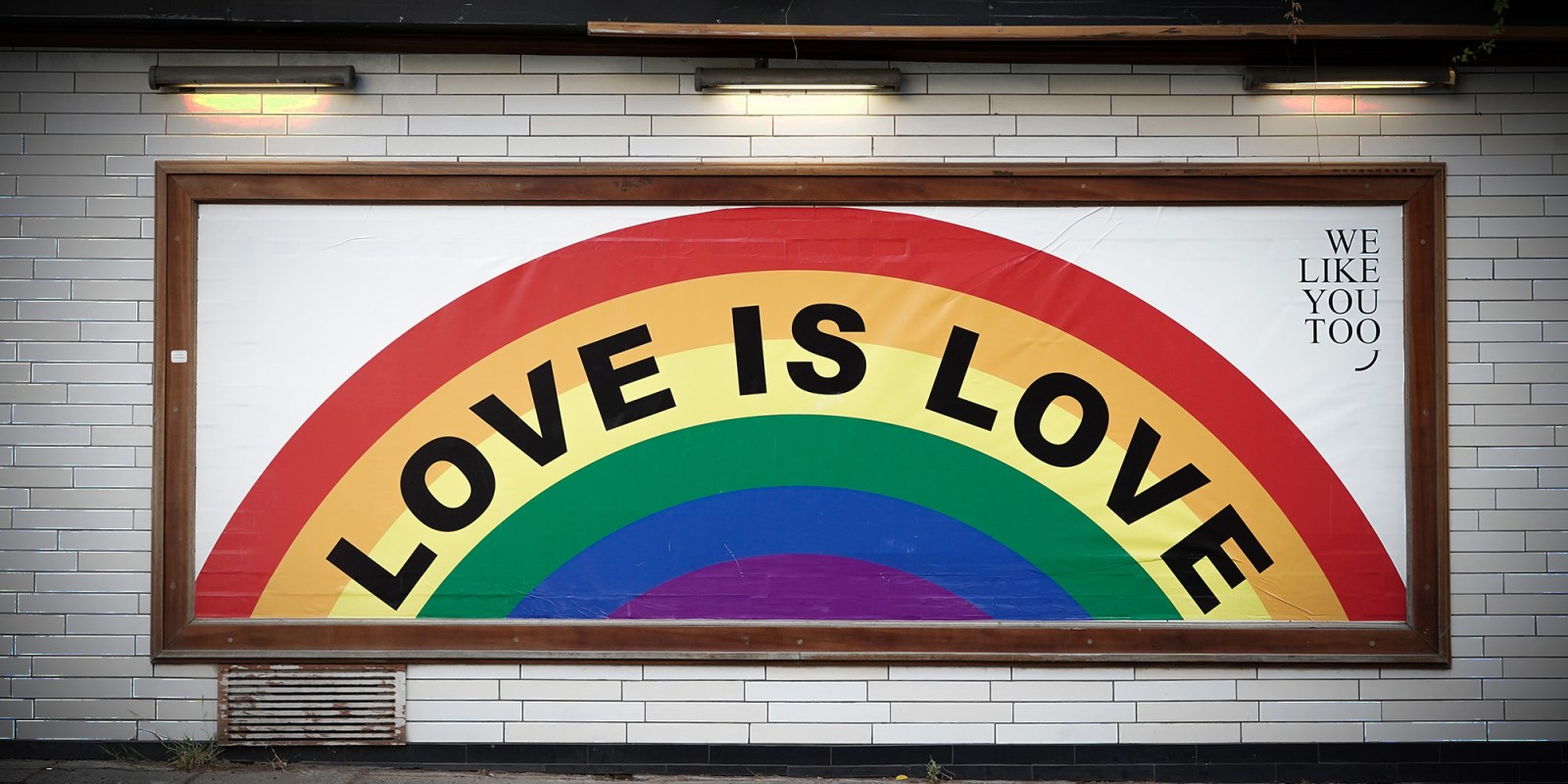 The legal battle continues between Beloftebos near Stanford in the Western Cape and a same-sex couple who were denied access to the venue’s wedding services. The couple, Sasha-Lee Heekes and Megan Watling, filed an intervening application to the wedding venue’s application on 3 September. The Beloftebos application was to counter the South African Human Rights Commission’s (SAHRC’s) separate application.

Sasha-Lee Heekes and Megan Watling were refused access to Beloftebos as a wedding venue because they are a same-sex couple. The venue owners said that supporting a same-sex marriage was against their Christian beliefs. Heekes and Watling had previously decided to deal with their case against Beloftebos without the help of the SAHRC. However, due to Covid-19 and the lockdown, they have been unable to file new matters that are not urgent in the high court.

On 2 March 2020, the SAHRC sent an application to the high court, functioning as an equality court, arguing that Beloftebos was discriminating against couples based on gender and sexual orientation. Beloftebos filed a counter application on 19 May, claiming that their right to freedom of religion and belief allows them to deny their services to same-sex couples.

Heekes and Watling decided to file an intervening application on Beloftebos’ counter application on 3 September, as they felt the case directly affected the course of action they were planning on taking – namely, to hold Beloftebos accountable under the Promotion of Equality and Prevention of Unfair Discrimination Act (PEPUDA).

The Beloftebos counter application stated that the couple who run Beloftebos, Coia and Andries de Villiers, believe their right to freedom of religion and belief was not respected by the SAHRC, and that they are being unfairly discriminated against.

They say they are Christians and believe marriage is reserved for heterosexual couples. The relief they sought was for Section 14 of PEPUDA to be deemed unconstitutional.

Heekes explained that they did not intervene on the SAHRC’s application as the couple’s goals are parallel to the commission’s goals. The SAHRC said it was applying on behalf of Alexandra Thorne and Alex Lu, a same-sex couple who had previously also been denied service by Beloftebos. However, the De Villiers’ request that some of PEPUDA be deemed unconstitutional would prevent Heekes and Watling from holding them liable.

The Beloftebos owners said they are happy to host weddings for those of different religious beliefs because “the man and woman are trying to be true to the other aspects of Christ’s model for marriage”.

Heekes and Watling’s intervening application has slammed the reasoning of the De Villiers couple. Heekes wrote in her affidavit that she and Watling had been discriminated against based on their sex, gender and sexual orientation. She said that they had not asked Beloftebos to officiate their wedding, but had rather simply requested information on their secular services, such as catering and decoration.

She explained that Beloftebos has said they do not want to “enable” a same-sex marriage, meaning that they do not believe such marriages should exist.

The couple also write that there would be “eternal consequences” for them if they were to be involved, which Heekes pointed out meant they believe they will be faced with eternal damnation for conducting business with a same-sex couple.

She argued that a business that offers services to the public cannot, on the basis of their religious beliefs, refuse access to their services to same-sex couples.

“In addition to this, we submit that by telling the public (and us) that our same-sex marriage would have ‘eternal consequences’ for its owners (and presumably for us as well), Beloftebos and its owners are guilty of unfair discrimination,” said Heekes.

We were now made painfully aware that we would have to fight for our relationship to be accepted, not only by family and friends, but also by complete strangers.

She has further said that the policy of Beloftebos is inconsistent as they claim that they believe in “a life-long commitment between one man and one woman” due to their Christian beliefs, yet they have hosted the weddings of people on their second marriages, most notably former cricketer Graeme Smith.

They are also willing to host non-Christian weddings, as can be seen where prospective clients can ask for halaal or kosher catering, as well as specify religious and cultural requirements.

The Beloftebos owners said they are happy to host weddings for those of different religious beliefs because “the man and woman are trying to be true to the other aspects of Christ’s model for marriage”.

Heekes has described this as an artificial distinction, and that the couple merely knows they will face considerable backlash if they refuse non-Christians.

She pointed out that the De Villiers’  freedom of religion was not being taken away, as nobody was asking them to stop being Christian. They are also not being asked to change their mind on homosexuality, but rather to not impose their ideas on to others.

Additionally, they want an apology, the payment of their application costs and R2-million donated to their charity of choice. The amount in damages is for “the impairment of dignity, pain and suffering as a result of the unfair discrimination against us”, said Heekes.

She elaborated in her affidavit on how her and Watling’s right to dignity has been violated, and spoke about the internalised shame they have had to battle as a same-sex couple.

Heekes described how Beloftebos’ comments have shown that they, as a same-sex couple, should be ostracised and how they invalidated their love and future union. This was done by the statement about “eternal consequences”, which the Beloftebos owners claimed they would face for enabling a same-sex marriage.

Heekes emphasised that the dispute was about more than just using the Beloftebos venue, but also about being treated with respect.

“We were now made painfully aware that we would have to fight for our relationship to be accepted, not only by family and friends, but also by complete strangers.

“It was made clear that our relationship was not seen as genuine,” said Heekes of her and Watling’s experience at Beloftebos.

They have also created a website, which they titled #samelove, “not only to validate and recognise the love shared between same-sex couples such as ourselves, but also to highlight that love is love, and all humans deserve to love and be loved without discrimination, fear or prejudice”.

The relief they seek is for an order to be granted that it is unlawful to discriminate against somebody based on their sex, gender or sexual orientation by refusing to offer services relating to the hiring and decoration of a wedding venue, wedding-day coordination, wedding planning, floristry and flower arrangements, and catering. They also want an order that declares the use of expression of religious beliefs as a reason to not associate with or conduct business with a same-sex couple, to be discrimination.

Additionally, they want an apology, the payment of their application costs and R2-million donated to their charity of choice. The amount in damages is for “the impairment of dignity, pain and suffering as a result of the unfair discrimination against us”, said Heekes.

Michael Swain, spokesperson for the Beloftebos owners and executive director for Freedom of Religion SA, has said they are obtaining legal advice and will be commenting at a later stage.

Expressing her disappointment in the SAHRC, Heekes said: “I mention in passing that Megan and I refused to allow the SAHRC to bring a case on our behalf because we discovered that it had accepted the complaint of Ms Thorne and Ms Lu, but had taken no steps against Beloftebos in almost three years.

“It is bitterly ironic that the SAHRC was prompted to action only after Megan and I indicated that we would take steps to bring legal proceedings ourselves.”

She added that it seemed as though the SAHRC had rushed to get their application out before her and Watling, as a “publicity stunt”. She said the SAHRC should rather have tried to coordinate with their legal team.

The SAHRC did not respond in time to a request for comment.

The parties named in the affidavit now have the chance to respond to the intervening application, after which Heekes and Watling will have an opportunity to respond. Only then will the matter be heard by the equality court at a date yet to be determined. DM