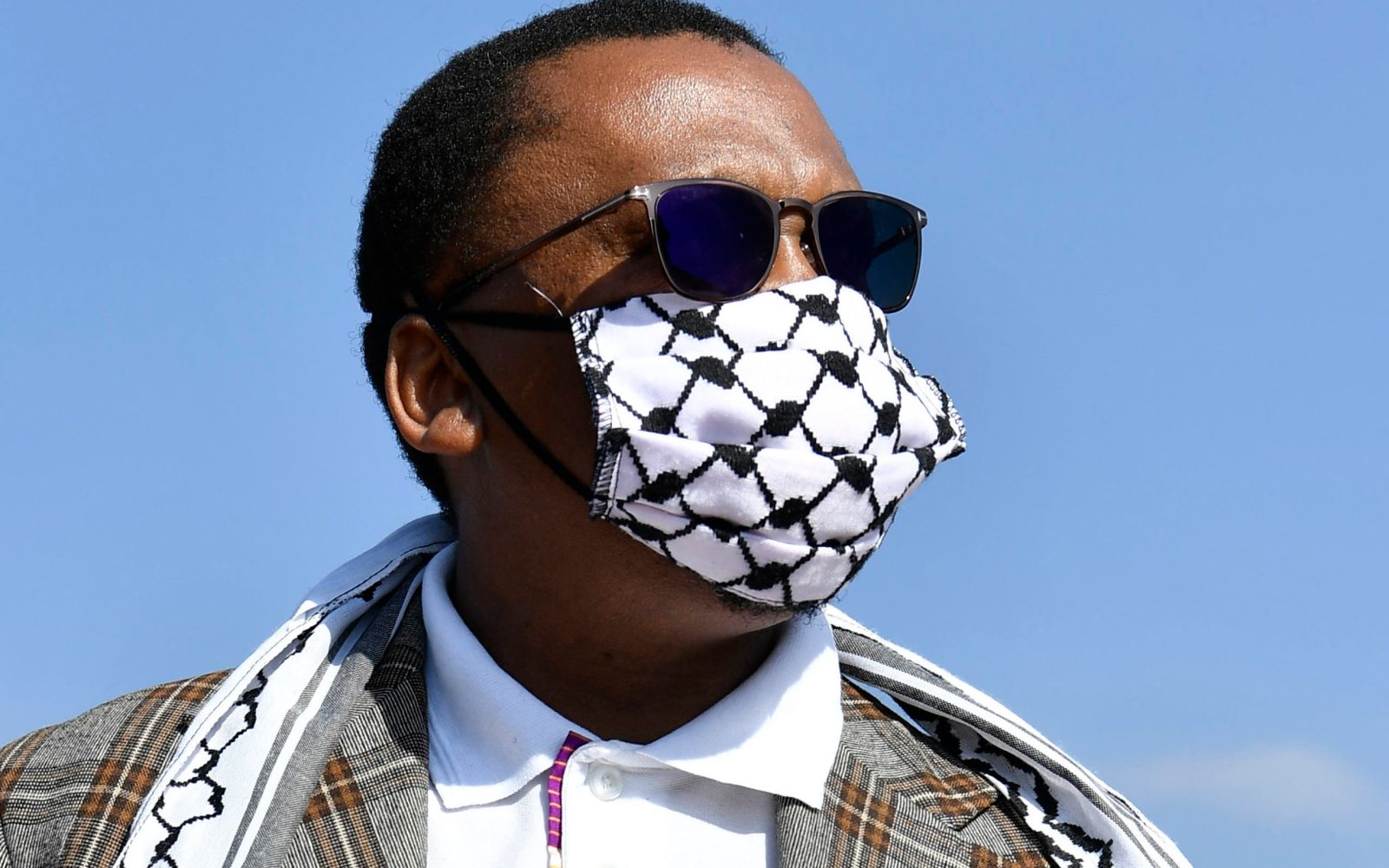 The party is very aware of the local government elections on the horizon in 2021, and with the electorate of Gauteng particularly fickle about corruption scandals, this is a worry. In 2016 the party lost both the Johannesburg and Tshwane metros, and barely held on to Ekurhuleni. The ANC is set to embark on a process of deciding on its candidates for these elections soon.

The ANC’s provincial executive committee (PEC) in Gauteng will this weekend meet to decide the fate of Health MEC Bandile Masuku and presidential spokesperson Khusela Diko after they were embroiled in a personal protective equipment (PPE) procurement scandal. Masuku’s fate is closely tied to that of Premier David Makhura, who also leads the ANC in the province and who is in President Cyril Ramaphosa’s corner in the party — and ironically it is Ramaphosa’s lobby that has pushed the anti-corruption line the strongest.

Following the reported conclusions of its investigation, there has been no official word on the recommendations of the provincial integrity commission, headed by Trevor Fowler, on their fate. News24 reported provincial ANC sources as saying that the committee found that Masuku failed to adhere to the standards that the ANC demands of public representatives and that he should be sacked by Makhura from the executive council and step down from his position in the PEC as well. The sources claim that the PEC has already thrice postponed its meeting on the matter because of efforts behind the scenes to save Masuku’s career.

Gauteng spokesperson Bones Modise tried to discourage speculation, but promised clear communication on the outcomes of the meeting, now scheduled for Sunday.

“Keeping in line with the ‘New Normal’ commitment made that we will keep the people of the province informed, ANC provincial executive committee will host a press conference to further provide an update on the decisions of its meeting,” he said in a WhatsApp statement, adding that any media queries should wait until then.

The media leaks and speculation have, however, put the ANC’s alliance partners in a difficult spot. Nationally the South African Communist Party (SACP) has been outspoken about corruption related to Covid-19 PPE and medical supplies.

In Gauteng, too, the SACP’s provincial secretary, Jacob Mamabolo, who is also transport MEC and acting in Masuku’s health portfolio, said the party was committed to the fight against corruption and the theft of public resources. He said the party was “deeply hurt” that some of the “PPE-gate scandal” should come out of Gauteng.

“We condemn this in the strongest way possible. This is a classical case of the betrayal of the trust of the people,” he said.

The party is very aware of the local government elections on the horizon in 2021, and with the electorate of Gauteng particularly fickle about corruption scandals, this is a worry. In 2016 the party lost both the Johannesburg and Tshwane metros, and barely held on to Ekurhuleni. The ANC is set to embark on a process of deciding on its candidates for these elections soon.

Mamabolo said “we need a much better process, moving forward, on the way people are deployed into organs of state” to ensure that the party isn’t tainted by corruption scandals. Alliance partners could play a bigger role in this, he said, also to help ensure that there’s no factional manoeuvring involved.

The SACP does, however, also want to see the Integrity Commission process handled better. Mamabolo said the ANC should improve its communications around these matters — the party hasn’t yet briefed its alliance partners about the outcome of the Integrity Commission’s process — and it should “optimise unity and show the highest levels of discipline in how this matter is managed”, meaning the process shouldn’t be exploited for factional political purposes.

There have been concerns that the Integrity Commission has been overstepping what was meant to have been its original powers — especially since the commission’s mandate is vague — and spilling into political territory. Political analyst Xolani Dube from the Xubera Institute said the commission “can’t be a superstructure that at the end of the day defines and concludes on the fate of an ANC member”.

The commission isn’t granted this right in the ANC constitution, and it doesn’t have the infrastructure to conduct an investigation and come to a legal conclusion about matters, he said, but “they are doing forensics, becoming a court and judges at the end of the day”.

The party conceived of the Integrity Commission in 2012 after it lost votes in the 2011 local government elections and as it was trying to deal with a tainted image due to allegations of corruption against a number of its leaders. As law enforcement agencies were progressively weakened, many of these allegations weren’t tested in court at the time.

The Integrity Commission’s work has been to focus on and deal with perceptions. The party’s constitution says its officials and national executive committee “may refer to the Integrity Commission any unethical or immoral conduct by a member which brings or could bring or has the potential to bring or as a consequence thereof brings the ANC into disrepute”. For a long time, however, the problem was that the commission didn’t have real teeth and that its findings were mere recommendations. Jacob Zuma in 2016, for example, ignored a request by the commission to step down.

In an effort to strengthen its powers, the Integrity Commission now appears to have subsumed the role of the party’s disciplinary committee.

The disciplinary committee has more powers and resources, according to the party’s constitution, and offers recourse by way of an appeals committee, with further appeals possible to the national executive committee or the national general council. Yet it’s not even clear who is chairing the structure after the death of its former chair, Edna Molewa, in 2018. One member speculated that former minister Nomvula Mokonyane, who chairs the appeals committee, might also be chairing the disciplinary committee — and she herself is under a cloud relating to evidence given at the Zondo Commission of Inquiry into State Capture.

Should the provincial integrity commission’s finding against Masuku turn out to be adverse, it could dent his ambitions to rise in the provincial leadership and this would weaken Makhura too, Dube said. Even though Makhura was elected provincial ANC leader unopposed in 2018, there is considerable support in the province for the lobby in the party led by former provincial leader and now ANC national treasurer Paul Mashatile.

“Makhura is under siege,” Dube said. “They are using the issue of Bandile [Masuku] to unseat David Makhura, because they know in the PEC he is no longer having people who sympathise with him.”

Insiders told News24 that the provincial integrity commission found that Masuku should have acted timeously in dealing with concerns over the procurement processes in his department. There is already a precedent of leaders being asked to step aside on similar issues. The provincial executive committee last month asked MP and former West Rand mayor Boyce Maneli and Merafong mayor Maphefo Mogale-Letsie to step aside after failing to act against officials who invested millions of public funds in the collapsed VBS Mutual Bank. They have, however, thus far refused to comply.

The Integrity Commission’s findings have also previously been at odds with law enforcement agencies. Former Gauteng health MEC Qedani Mahlangu was told to step aside in 2018 after the Life Esidimeni scandal, which left 144 mental health patients dead. A year ago, however, the National Prosecuting Authority said it didn’t have enough evidence to proceed with a court case against her.

Similarly, two Limpopo mayors, Danny Msiza and Florence Radzilani, were forced to step aside due to their alleged parts in the VBS scandal two years ago, but were reinstated because law enforcement agencies have to date failed to act against them.

Masuku’s case is also being investigated by the Special Investigating Unit, and there is always the risk that the unit might come to a conclusion different from that of the Integrity Commission. DM