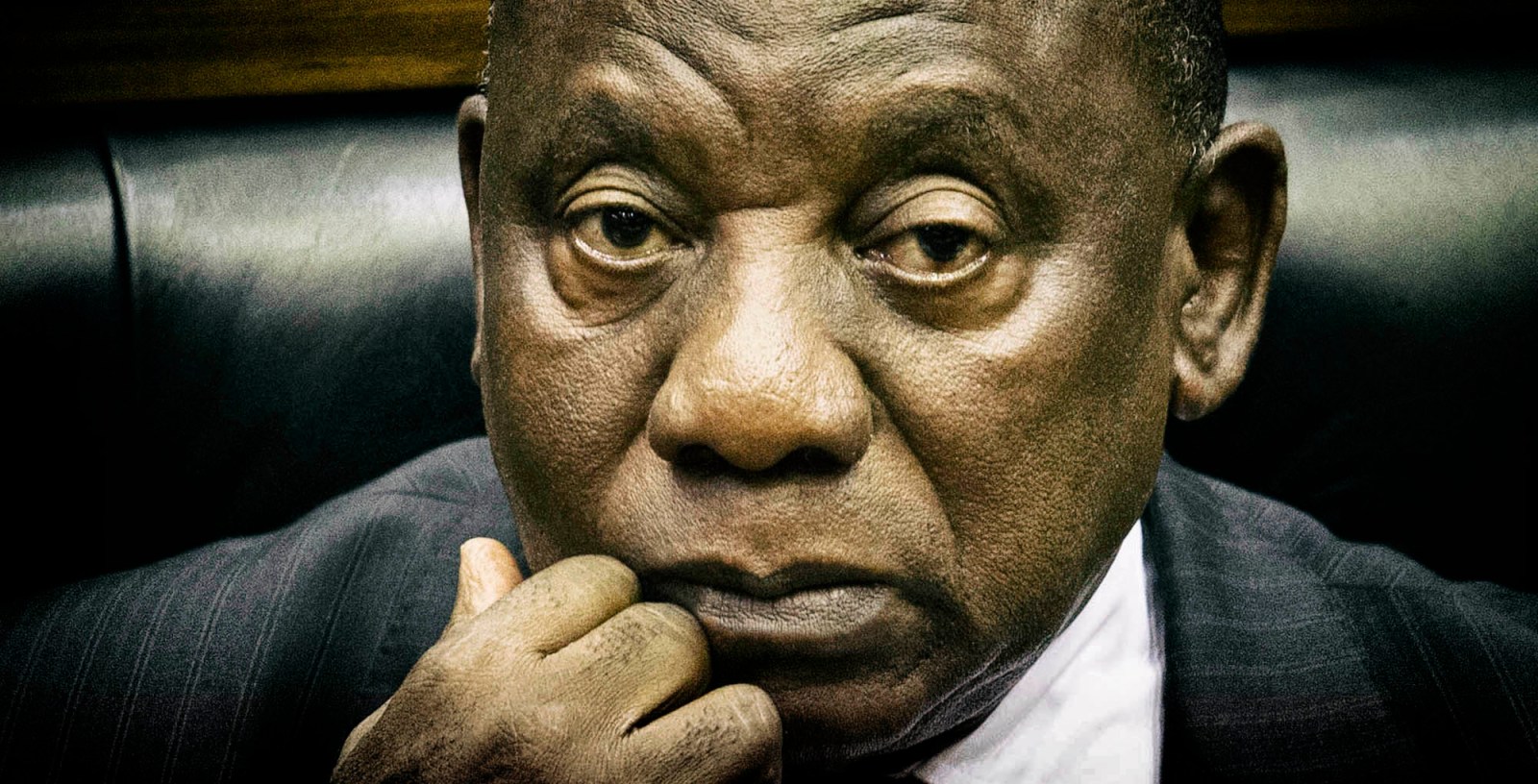 The ANC declares with depressing regularity that it is in a mortal struggle against corruption. If you listen to the top six, they are determined to turn over a new leaf, draw a line in the sand, punish the corrupt and clean up the party’s ways. If only it was that easy…

There is now more evidence that it is becoming exceedingly difficult for the ANC to act on its statements about fighting corruption.

On Thursday morning it emerged that the ANC’s delegation to meet with Zimbabwe’s ruling Zanu-PF party had travelled there on a plane owned by the SANDF. Defence force officials confirmed that this had happened, and that the delegation had landed at Waterkloof Air Force Base, which should be used for military purposes. They said that this was because Defence Minister Nosiviwe Mapisa-Nqakula had been travelling to Zimbabwe too, and had given the delegation a lift. They confirmed that this had “never happened before”.

The response from opposition parties was immediate. This was, according to them, just another incident confirming a pattern of abuse by Mapisa-Nqakula, who once even sent a military plane to Burundi to fetch a foreign national with a fake passport. That person is still, in so far as is known, living in this country. And there has been no consequence for Mapisa-Nqakula.

(The very same minister could not, however, organise the evacuation of 200 SANDF soldiers from the Central African Republic in March 2013 – 13 of whom perished in a nine-hour battle with the Séléka rebels, many days after warnings were sounded about the perilous position they had found themselves in – Ed.)

The South African National Defence Union, a body which represents soldiers in the military, had a more nuanced view. Its general secretary, Pikkie Greeff, said this is a grey area, and that if the defence minister were travelling to Zimbabwe and felt the need to take several analysts of Zimbabwean society with her as advisers there would be no problem. And that the ANC delegation could, perhaps, be construed in that way.

But, clearly, President Cyril Ramaphosa is concerned about this. On Friday night he gave Mapisa-Nqakula 48 hours to give him a report on the matter. This would appear to show that he is aware of the optics for the image of the party which had just promised to clean up its ways. Last week Ramaphosa said that “history will absolve me” on the issue of fighting corruption.

One of the major problems that he may face is the inherent conflict between his position as president and his position as ANC leader. The ANC delegation to Zimbabwe was led by ANC Secretary-General Ace Magashule. Ramaphosa may wish to avoid opening another front in the tussle between them and the factions that they symbolise. It may also be that he could not act against Magashule anyway, as he is technically a civilian who accepted a lift on a plane. The problem lies with the person who offered him that lift, Mapisa-Nqakula.

All of this lands smack-bang in the difficulties the ANC has in trying to implement the decision that those implicated and charged with corruption must, as the party put it, “step aside”. It would appear that even the meaning of this phrase is still contested.

However, the situation around Andile Lungisa is growing more complex by the day. The National Prosecuting Authority (NPA) has told Lungisa’s lawyers that he now needs to report to start serving his prison term for his 2017 assault on a DA councillor in the Nelson Mandela Bay council chamber. Last week the Supreme Court of Appeal turned down his appeal against his sentence. And, the ANC in the Eastern Cape told him to resign from all his positions.

Andile Lungisa just had a very, very bad 24 hours in office. Will others join him?

Lungisa, however, still refuses to resign. He says that he has now appealed against the provincial decision to the ANC NEC. He is also yet to start serving his sentence. While he may try to appeal to the Constitutional Court, it is likely the State would not allow his bail to be extended during that process, meaning that he will soon have to present himself to prison authorities. Should he be forced to do that, his removal from the positions should be automatic.

However, in North West, things are slightly different.

On Friday, the ANC’s interim committee which is running provincial affairs, said that it had told five mayors and other officials to resign from their positions. They have been accused of mismanagement and corruption after the Auditor-General explained how council resources were used to pay for cookware, DSTV subscriptions and clothing.

The North West ANC is in a difficult position. It is being run by the interim provincial committee after the former premier Supra Mahumapelo fought hard against the national leadership’s request for his removal. He was eventually forced to resign as premier and the structures that he chaired in the province were disbanded. He has now said that he does not understand why he has also been named in an ANC report about corruption in the province. City Press has reported that he may be preparing to challenge in court the presence of his name on a list of implicated individuals.

This may prepare the way for other people to go to court too, to challenge any ANC decision to suspend them or ask them to “step aside”. It would be very difficult to continue compiling lists of names of people who are implicated in corruption if there is a series of successful legal challenges. This could result in more legal and political chaos within the party.

At the very least, it would lead to significant delays.

And that is probably not the most difficult problem for the party.

It has also been reported (again by City Press) that the ANC Women’s League in North West has told these mayors (four of the five mayors are members of the league) not to resign. It says the decision to ask them to step aside is “factional” and holds no water.

This has the potential to be a major political thorn in the side of the process. It could easily see leagues and possibly even regions of the ANC refusing to implement decisions made by the ANC nationally.

And here lies the route to complete chaos. Imagine, for a moment, if a premier in office was told to resign by the NEC, but the provincial ANC disagreed.

This is not far-fetched. The mayor of Ekurhuleni, Mzwandile Masina, found himself in political hot water earlier in 2020 for claiming that the ANC should allow the “white economy to collapse”. It was reported that during a meeting that followed, he told the regional executive committee of the ANC in Ekurhuleni that he might resign; but soon after he withdrew that threat.

Considering his support within Ekurhuleni’s leadership, it is entirely possible that it would refuse to allow him to resign were he ever implicated in wrongdoing. This situation could replicate itself across the party. And it would set structures up against the national ANC and the NEC itself.

In the meantime, Ramaphosa may be forced to take more action within the government soon, against someone who is not an ANC member.

It has emerged that Public Works and Infrastructure Minister Patricia de Lille told her director-general which contractor must be used to build the Beitbridge electric fence. Were Ramaphosa not to act against her in government, it might be difficult for him to act against any of his own party members. And that could upset the ANC Cabinet’s tradition: since 1994, almost all Cabinets have included people from other parties, and the ruling party may not like to break with that tradition.

For Ramaphosa, and the ANC as a whole, it appears that the NEC fight and the forcing of the decision to remove implicated people was the easy part. The problem is real-world action. It is on these actions that he, and the ANC, will be judged. Having a committed set of well-resourced foes will certainly make the reformers’ lives a misery. DM