Andile Lungisa just had a very, very bad 24 hours in office. Will others join him? 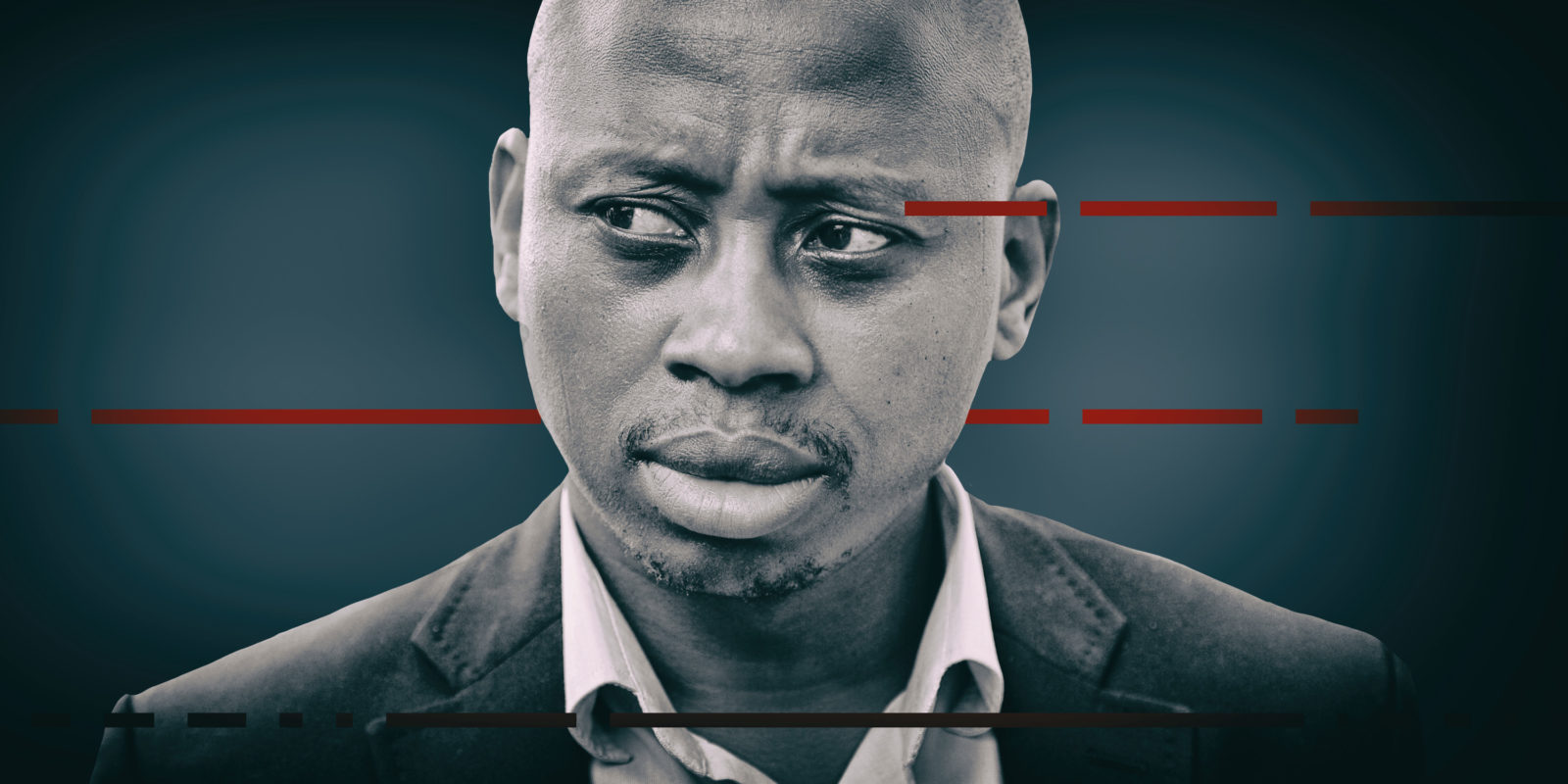 ANC councillor Lungisa may be the first to face the music, but if he is the only one then our current path towards national decline will continue apace.

On Tuesday afternoon, it was confirmed that the ANC in the Eastern Cape had suspended Andile Lungisa from his position as a councillor in Nelson Mandela Bay. He is the first person to lose his position after the ANC’s National Executive Committee (NEC) said it would require people convicted of or charged with criminal offences to “step aside”.

To make things even worse for Lungisa, on Wednesday afternoon, the Supreme Court of Appeal announced it had rejected his appeal against his two-year prison sentence. In an orderly country, this would mean he now has to report to his local Correctional Services Centre. (Though, South Africa is far from being orderly these days.)

While this moment may mark a turning point in the ANC’s cohabitation with corruption, there is also evidence that any excitement should be checked, for the moment. It has been reported that the final steps towards the reinstatement of two ANC heavyweights implicated in the VBS scandal have now been taken, which means that Danny Msiza and Florence Radzilani are back in their positions in Limpopo.

Toothless and incapacitated: ANC’s Limpopo VBS accused back in office

The issue of Lungisa’s refusal to “step aside” has a long and violent history. It started when he was caught on video smashing a glass jug over the head of a DA councillor in the Nelson Mandela Bay council chamber in October 2016. After he was charged, the court found that it could not accept his version that he was defending himself and convicted him of assault.

Despite the conviction, Lungisa refused to “step aside” from his position. In fact, it appeared that his political power strengthened, because he was able to play a key role in ensuring that the UDM’s Mongameli Bobani was installed as mayor, until Bobani was voted out of office last year (Nelson Mandela Bay still has only an acting mayor).

At that stage, Lungisa was already in defiance of ANC rules. He had been elected to the position of Nelson Mandela Bay regional chair in 2017 while already in the Provincial Executive Committee (PEC). This is not allowed by the ANC constitution, which forbids members from running for election in a lower body while being in a higher body. However, Lungisa’s defiance of this rule was actually supported by the then-president Jacob Zuma, who went to Nelson Mandela Bay to congratulate him.

Lungisa refused to back down: he appealed to the NEC itself to say that he should not step down from his positions. The NEC refused his appeals, but he hung on anyway. After that, the top six officials were supposed to deal with the matter, and there it rested.

Until last week’s decision by the NEC that anyone implicated or convicted of wrongdoing must “step aside” from their positions.

The Eastern Cape ANC’s spokesperson, Loyiso Magqashela, confirmed in an interview on SAfm that Lungisa was suspended because of the NEC decision. He also confirmed the decision was made by the PEC in the Eastern Cape. Lungisa has until the end of Thursday to resign his position in the ANC, and his position as a councillor for the party in the Nelson Mandela Bay council. Presumably, if he refuses to resign from the council, the ANC will have to expel him from the party, which would mean that in law he would be removed from the council because he would no longer be representing the party that originally put him in that position. And of course, were he to not attend council meetings due to his incarceration he would lose his seat anyway.

This decision to suspend Lungisa was essentially a political one, taken by an elected body. This matters because it shows that the political leadership there is backing the NEC’s decision to act in these cases.

However, there is a strange detail to this. On Wednesday morning the Eastern Province Herald carried a front-page picture of Lungisa being handed his letter of suspension at Port Elizabeth International Airport. It would appear that whoever took the picture (or arranged for it to be taken) wanted to make sure that there was proof of the act, and that it could be made as public as possible.

This may appear to be an important moment, but it should not be forgotten that Lungisa had run up a long list of misdeeds, and it should not be surprising that the Eastern Cape PEC was quite happy to act against him; he’s been severely trying their patience for years.

As the ANC decision was still settling in our collective minds, the Supreme Court of Appeal published its decision rejecting Lungisa’s appeal against his sentence. Judging by his previous behaviour, he may try to appeal to the Constitutional Court, but success is unlikely. This is clearly not a constitutional issue and the apex court does not judge criminal issues.

However, the actions of the ANC here do not mean that the party as a whole is changing course.

The Sowetan reported on Wednesday that the ANC PEC in Limpopo had held a meeting on Monday, which had finished the process whereby Florence Radzilani and Danny Msiza had been reinstated to their positions. They are now both back where they started before the publication of advocate Terry Motau’s report into the collapse of VBS Bank.

The two are heavily implicated, both by that report, and by other facts reported in the public domain, though Msiza did get the said report overturned on procedural grounds. And yet, they are back in their positions, which appears to be in conflict with the NEC decision.

At the same time, both Parliament and the KwaZulu-Natal legislature confirmed to Daily Maverick on Wednesday afternoon that Bongani Bongo and Zandile Gumede were still members of those bodies. Both face criminal charges.

Bongo has previously said he could not resign without guidance from his movement, while Gumede appeared to be taking leave.

However, without them actually leaving their positions – “stepping aside” – the decision by the NEC is going to remain hollow.

During his Q&A session on Wednesday night, President Cyril Ramaphosa reiterated his willingness and energy to fight the thousand-headed hydra of corruption that is strangling South Africa. Continued dedication to the NEC decision rests squarely in the hands of the ANC.

Hence, it is important to provide a “test” to determine whether the decision is actually being implemented. And that “test” cannot just be if one person steps aside or resigns from their post. It would have to entail several people doing so, a consistent flow of corrupt officials resigning from their post.

Many may believe the only test that matters is whether Bongo and Gumede also resign.

But that would not be the end of it. It is almost certain that more people will be implicated in wrongdoing, particularly as the investigations into PPE procurement corruption continue. More people will have to “step aside”.

However, this could be complicated by the strengths of the various factions in the ANC. If the “stepping aside” of an individual weakens a particular faction, that entire faction may work to keep them in office.

There have been false dawns before. In October 2015 the then ANC Northern Cape leader, John Block, resigned after he was convicted of corruption. Before that, in 2013, Limpopo MEC Miriam Segabutla resigned after being charged with corruption. That was just after the 2012 ANC’s Mangaung Conference, which first said that members implicated in corruption must “step aside”. Segabutla’s departure did not lead to a rush for the exit by those accused of corruption.

This dynamic is one of the most important in SA politics at the moment. Lungisa may be the first to face the music. But if he is the one and only, then our current path towards national decline will continue apace.

During his Q&A session on Wednesday night, President Cyril Ramaphosa reiterated his willingness and energy to fight the thousand-headed hydra of corruption that is strangling South Africa. Continued dedication to the NEC decision rests squarely in the hands of the ANC.

This will be a deed that will help define if they live or die as a leading party of a modern democracy or a leading party that brought poverty and misery to its own people. DM