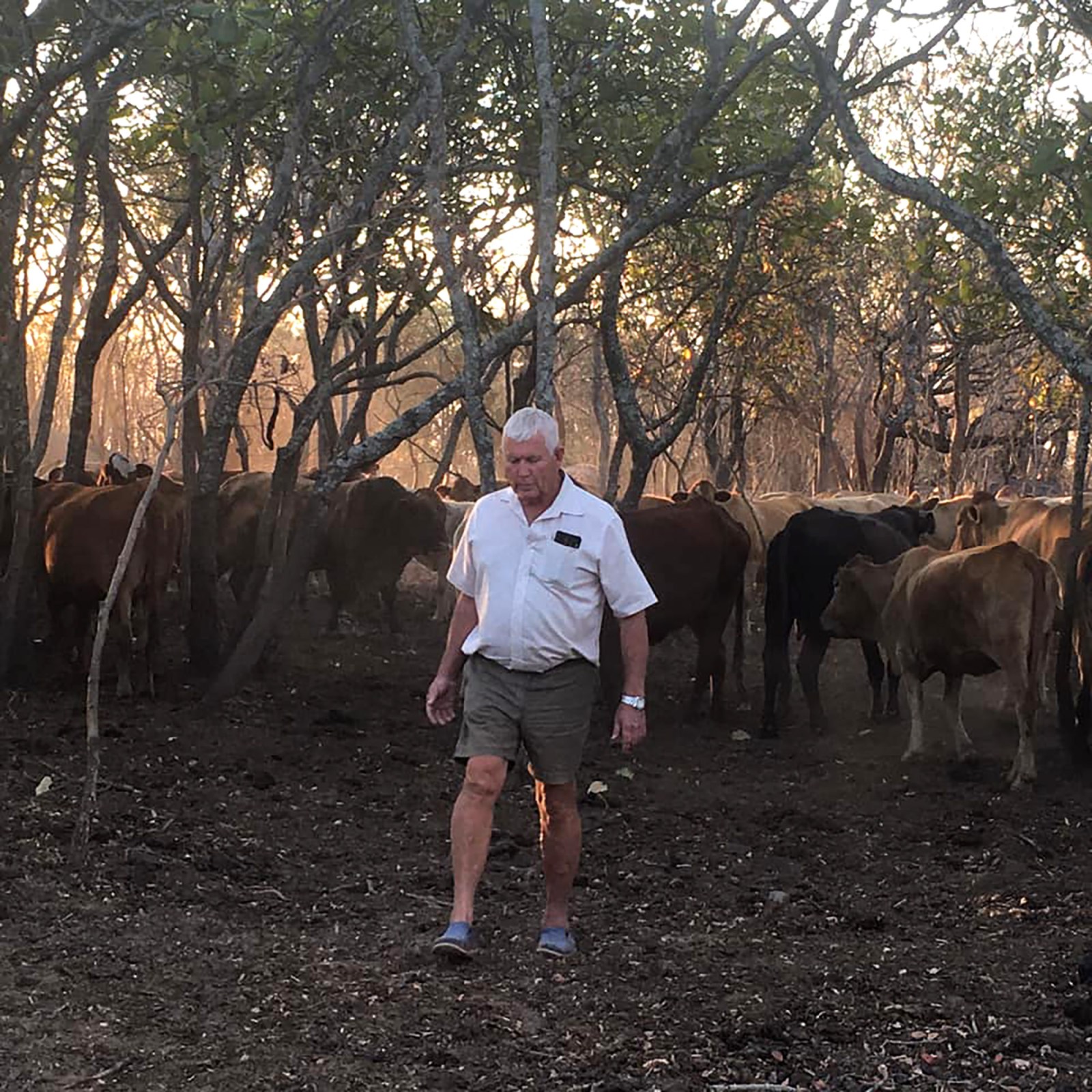 A commercial farmer was removed from his land on Friday, a month after President Emmerson Mnangagwa promised a US$8.5-billion package for local farmers to boost production and grow the economy.

The police escorted Rupindi, who is a Ministry of Agriculture employee, to the farm to enforce the eviction.

Armed with a government letter to the Protea Valley Farm in Ruwa, Rupindi gave the Grobler family 24 hours to leave the commercial farm. Dazed and frantic, Grobler approached various sources for clarity on the eviction, including Rupindi’s benefactor, to no avail.

A video clip shows the eviction in progress.

By sunset, the Groblers had left Protea farm with no idea of what was to become of their million-dollar investment.

Located less than 50 kilometres east of Harare, Grobler’s Protea Valley Farm in Ruwa has cattle worth US$175,000, a recently built tobacco curing tunnel that cost about US$400,000, crops valued at $600,000 and irrigation equipment estimated over US$70,000. It employs more than 100 people from the local community.

When land reform started in Zimbabwe, all citizens were allowed to apply for land. Protea Valley Farm was previously expropriated by the government. Grobler, with the permission of the deed owner, applied, was awarded the farm but officials allegedly demanded a bribe.

Grobler told Daily Maverick, “We were originally leasing Protea Valley from the previous title deed owner and so with the owner’s approval we then applied for an offer letter from the government when the land reform started. The offer letter was printed but when we were called in to collect it, officials asked for a US$100,000 kickback… which we couldn’t and wouldn’t pay”.

Rupindi also applied and received approval, but Grobler had already invested heavily in the farm, based on his understanding with the then deed holder of Protea Valley.

Grobler alleges that all the evidence of the offer letter has been “conveniently removed” from the Ministry of Agriculture’s database.

“We have an official proof of our offer letter schedule and a file of recommendations from the community. When the dispute began, Rupindi was invited by the Ministry of Lands and Resettlement to take up land elsewhere but refused as she wanted our homestead,” Grobler claimed.

In court documents, Rupindi argued that the land had been rightfully awarded to her.

Almost two decades ago, the Groblers were served with an initial eviction order but that was overruled in court so they remained on the disputed farm.

The Groblers once owned another farm in Centenary, which they bought with government approval in 1987, but they sold it back in 1994 for resettlement.

Zimbabwe’s Secretary for Information, Publicity and Broadcasting Services, Nick Mangwana told Daily Maverick, “There is no new expropriation of land taking place. This is an old outstanding issue between the parties which is not covered by the global compensation deed (GCD). There is a court judgment being implemented in this long running land dispute.”

Last month, President Emmerson Mnangagwa announced the GCD, a legal undertaking with former white commercial farmers, guaranteeing that Zimbabwe will pay US$3.5-billion in compensation to farmers dispossessed during the country’s land expropriation campaign of 2000. The payments would be for  “farm improvements and loss of land”, which were previously covered under the bilateral investment promotion and protection agreements. These agreements were designed to protect the investments of foreign citizens.

Zimbabwe has 12 such agreements with countries such as South Africa, Germany, Denmark, Netherlands and Switzerland, among others.

The president of the Commercial Farmers Union, Andy Pascoe told Daily Maverick, “We are working with the Minister of Lands and Agriculture to resolve the issue and are gathering all the relevant information to discuss what measures can be taken to resolve the matter. It appears that the Grobler eviction resulted from the enforcement of an eviction order that was issued by the supreme court sometime last year.”

He said it is “extremely unfortunate” that this matter was not brought to the union’s attention earlier.

“Since the signing of the global compensation agreement in July, similar cases have been brought to our attention and we have been able to work together with the Ministry of Lands to resolve them before eviction orders were enforced,” Pascoe said. DM