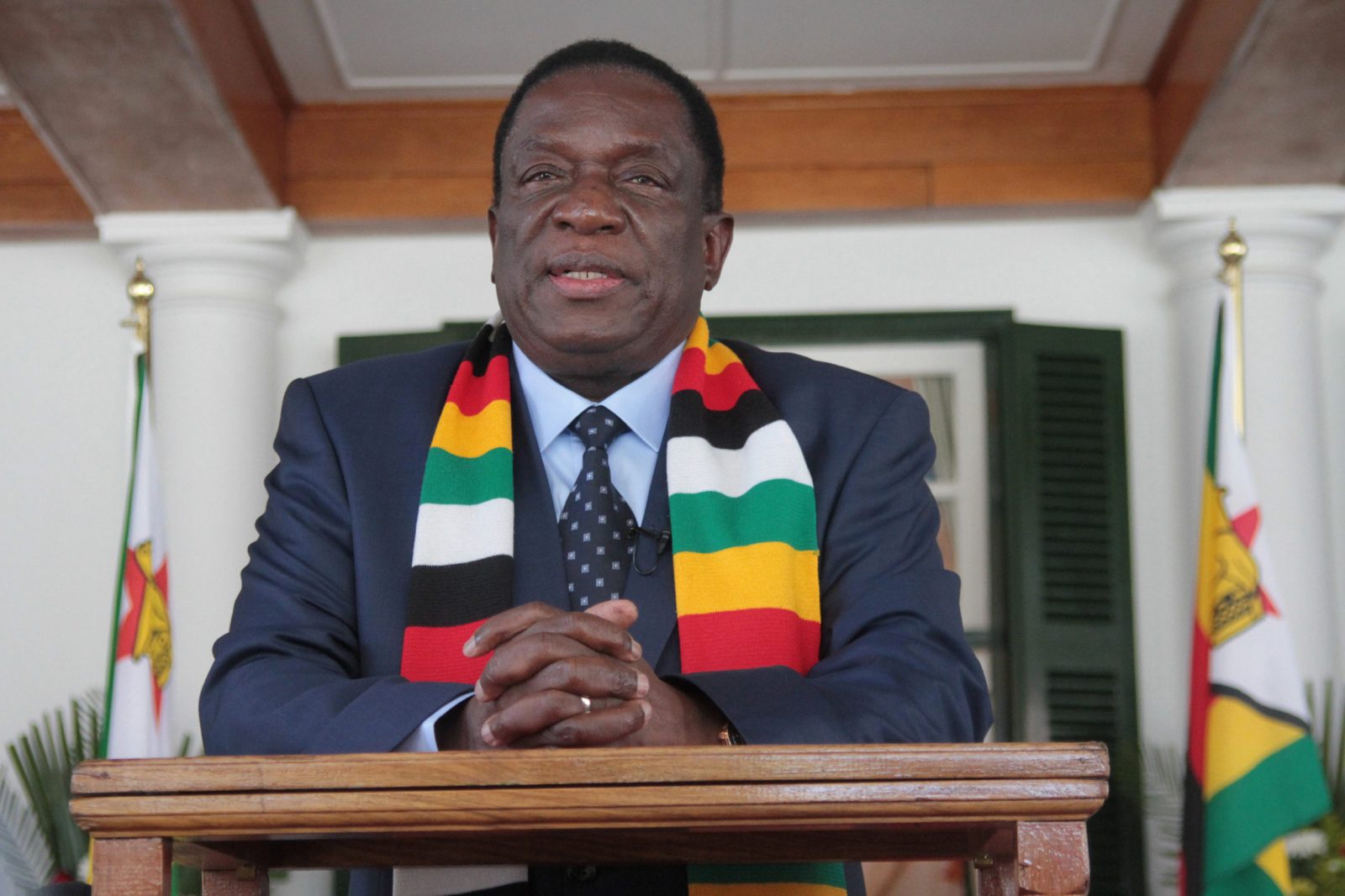 epa08425782 Zimbabwean President Emmerson Mnangagwa speaks during a live broadcast address to the nation regarding an extension to the current coronavirus lockdown from the State House in Harare, Zimbabwe, 16 May 2020. Mnangagwa said the lockdown measures would be extended in a bid to slow down the spread of the pandemic COVID-19 disease caused by the SARS-CoV-2 coronavirus, which has so far resulted in four deaths in the African country. He added that authorities would review the situation in two-week intervals to assess whether to continue extending the emergency policy, depending on the progress made. EPA-EFE/AARON UFUMELI

HARARE, July 29 (Reuters) - Zimbabwe agreed on Wednesday to pay $3.5 billion in compensation to white farmers whose land was expropriated by the government to resettle black families, moving a step closer to resolving one the most divisive policies of the Robert Mugabe era.

But the southern African nation does not have the money and will issue long term bonds and jointly approach international donors with the farmers to raise funding, according to the compensation agreement.

Two decades ago Mugabe’s government carried out at times violent evictions of 4,500 white farmers and redistributed the land to around 300,000 Black families, arguing it was redressing colonial land imbalances.

The agreement signed at President Emmerson Mnangagwa’s State House offices in Harare showed white farmers would be compensated for infrastructure on the farms and not the land itself, as per the national constitution.

Details of how much money each farmer, or their descendants, given the time elapsed since the farms were seized, was likely to get were not yet clear, but the government has said it would prioritise the elderly when making the settlements.

Farmers would receive 50% of the compensation after a year and the balance within five years.

Finance Minister Mthuli Ncube and acting Agriculture Minister Oppah Muchinguri-Kashiri signed on behalf of the government, while farmers unions and a foreign consortium that undertook valuations also penned the agreement.

“As Zimbabweans, we have chosen to resolve this long-outstanding issue,” said Andrew Pascoe, head of the Commercial Farmers Union representing white farmers.

The land seizures were one of Mugabe’s signature policies that soured ties with the West. Mugabe, who was ousted in a coup in 2017 and died last year, accused the West of imposing sanctions on his government as punishment.

The programme still divides public opinion in Zimbabwe as opponents see it as a partisan process that left the country struggling to feed itself. But its supporters say it has empowered landless Black people.

Mnangagwa said the land reform could not be reversed but paying of compensation was key to mending ties with the West. (Reporting by MacDonald Dzirutwe; Editing by Alison Williams)