Questions raised about accountability in wake of rescin... 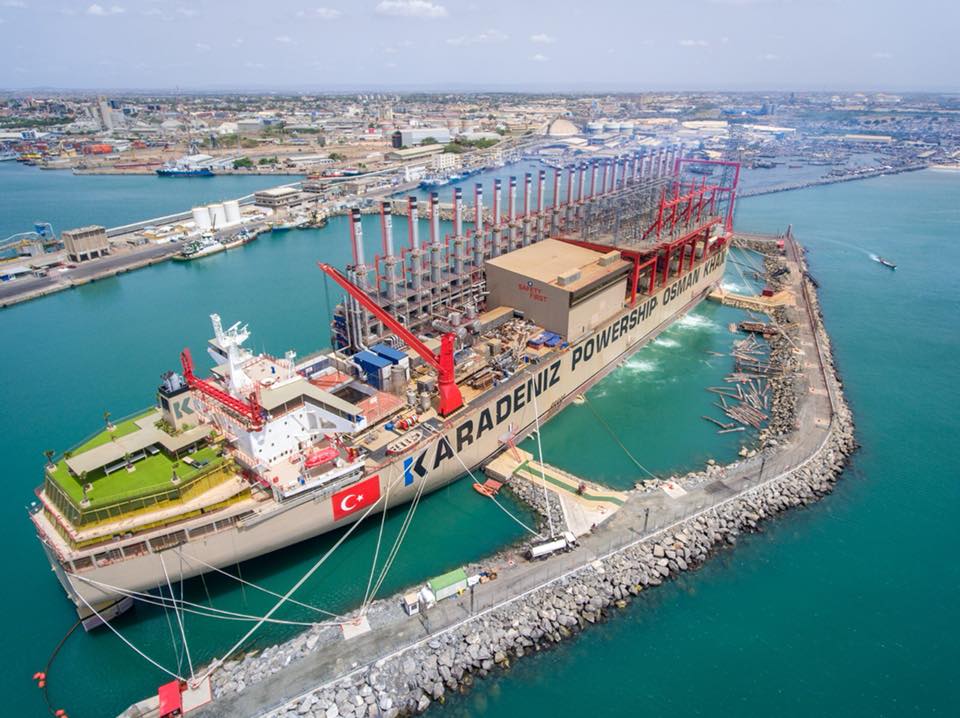 The Turkish power ‘emergency permit’ had been revoked and the matter now over, says Barbara Creecy’s office, despite question marks on accountability and calls for a disciplinary probe.

The government has officially revoked a “Covid emergency” directive given to a Turkish power company, but no one seems likely to be held accountable for their roles in granting the permissions – not government officials, not the company or the environmental consultant involved in the application.

Responding to Daily Maverick questions sent to Barbara Creecy, the Minister of Environmental Affairs, Forestry and Fisheries, her spokesperson Albi Modise said the department had already issued a full statement on the matter and could not comment on whether the Istanbul-based Karpowership company had been “deliberately deceptive”.

Modise said it had investigated the matter further and was of the view that the official who granted the exemption (department chief director Sonnyboy Bapela) had “made the decision in good faith on the information before him at the time”.

The South African branch of the International Association for Impact Assessment (IAIAsa) and the Environmental Assessment Practitioners Association of South Africa (EAPASA) both said they had not received formal complaints against Ballito-based environmental consultant Aletta “Hantie” Plomp, who played a leading role in securing the directive – which was revoked after Daily Maverick exposed the controversial exemption.

The directive was granted under Section 30A of the National Environmental Management Act, which allows developers to be exempted from mandatory environmental authorisation and public participation in emergencies such as mining accidents, droughts or floods.

However, it later emerged that the Turkish company was in fact bidding for a Risk Mitigation Power Procurement project issued by the Department of Mineral and Energy Affairs (DMER) – issued nearly four months before the Covid-19 lockdown.

By securing prior environmental exemption without any assessment of the impacts of generating electricity in four South African harbours using several gas-burning “powerships”, the company and its local empowerment partners gained a significant head start against other local and foreign groups bidding for the contract.

The department later revoked the exemption, acknowledging that there was not a genuine emergency need to provide back-up power to hospitals and health care facilities – also stating that Karpowership failed to disclose it was preparing for the DMER procurement project.

But Durban environmental law expert Jeremy Ridl and non-government groups have suggested that the revocation of the permit cannot be the end of the matter.

Ridl also urged Creecy to order a disciplinary inquiry into how the directive was issued and also investigate whether any other directives issued under S30A may have been granted unlawfully.

Modise, on behalf of the minister, has now released a list of 18 other S30A directives issued since January 2019.

But Modise ruled out any disciplinary action against officials over the Karpowership directive on the basis that they had acted in good faith.

In terms of the National Environmental Management Act, it is an offence to “wilfully, knowingly or negligently, provide incorrect or misleading information, orally or in writing, to the competent authority or an environmental management inspector” and convicted offenders are liable to a maximum fine of R10-million or 10 years jail.

Responding to questions, Karpowership spokesperson Patrick O’Driscoll said his company received official notification that the directive had been revoked on August 21, and would not challenge this decision.

“Karpowership’s intention has at all times been to assist the South African Government in ensuring that there is a reliable and sustainable power supply, which is required to safeguard critical infrastructure and industries.

“At the time of making the application, this was critical in terms of immediate and emergency efforts to ameliorate the impact of Covid-19. The power would have been supplied into the national grid to provide secure electricity supply, which would mitigate the risk of load-shedding on these critical support industries as well as health care facilities.

“The mitigation of risk associated with load shedding of these supportive industries, as well as the healthcare industry itself, was considered to be critical in the management response to Covid-19 and to be prepared in the event of any possible future Stage 4 or 5 load-shedding events”.

He said the department had subsequently taken the view that circumstances had changed from the time of submission and this change in circumstances formed the basis of their revocation of the section 30A directive.

“Karpowership denies any suggestion that it ‘may have potentially contravened South African environmental regulations in this matter’  . . . At no stage has Karpowership wilfully, knowingly or negligently, provided incorrect or misleading information, orally or in writing, to the competent authority in terms of the relevant regulations.

At the time of making its application, Karpowership had provided all relevant information available and “strongly denies any suggestion of impropriety or a contravention of the relevant legislation and/or regulations”.

Significantly, the company stated that it also brought to the department’s attention its intentions to bid in the Risk Mitigation I Power Procurement Programme in its written application to obtain the section 30A directive.

“Karpowership is aware, however, of media interviews which suggest that information may have been withheld from the department when Karpowership made its application. This is strongly denied.”

Daily Maverick also sought comment from the two environmental impact assessment professional bodies of which Karpowership environmental consultant Hantie Plomp is a member – specifically on whether it had received any complaints against her for potential infringements of their codes of ethics or professional practice – or whether they would investigate her role in the Karpowership application on their own initiative.

IAIAsa said Plomp was a member in good standing. The association had a code of conduct that makes provision for the suspension of membership and other sanctions if a member was found to have breached them.

“At the moment, our Disciplinary Procedure is under review, but should a complaint be laid against a member, they will be afforded an opportunity to respond to such a complaint, before any decision is made.”

EAPASA said it had not received any complaints against Plomp but could not, on its own initiative, take any action to investigate potential misconduct under EAPASA’s code “as this is in contravention of EAPASA’s constitution”.

“In the absence of a written complaint, without having been involved in the matter, it would be inappropriate for EAPASA to pass any sort of comment on factual matters that have not been presented to the association.”

Plomp said: “I am a member of IAIAsa and have been for many years. There has been no contact from IAIAsa on any matter. I subscribe fully to IAIAsa’s Code of Ethics and Code of Conduct and any suggestion to the contrary is unfounded.” DM