The staff shortage at schools has reached a crisis point, say unions 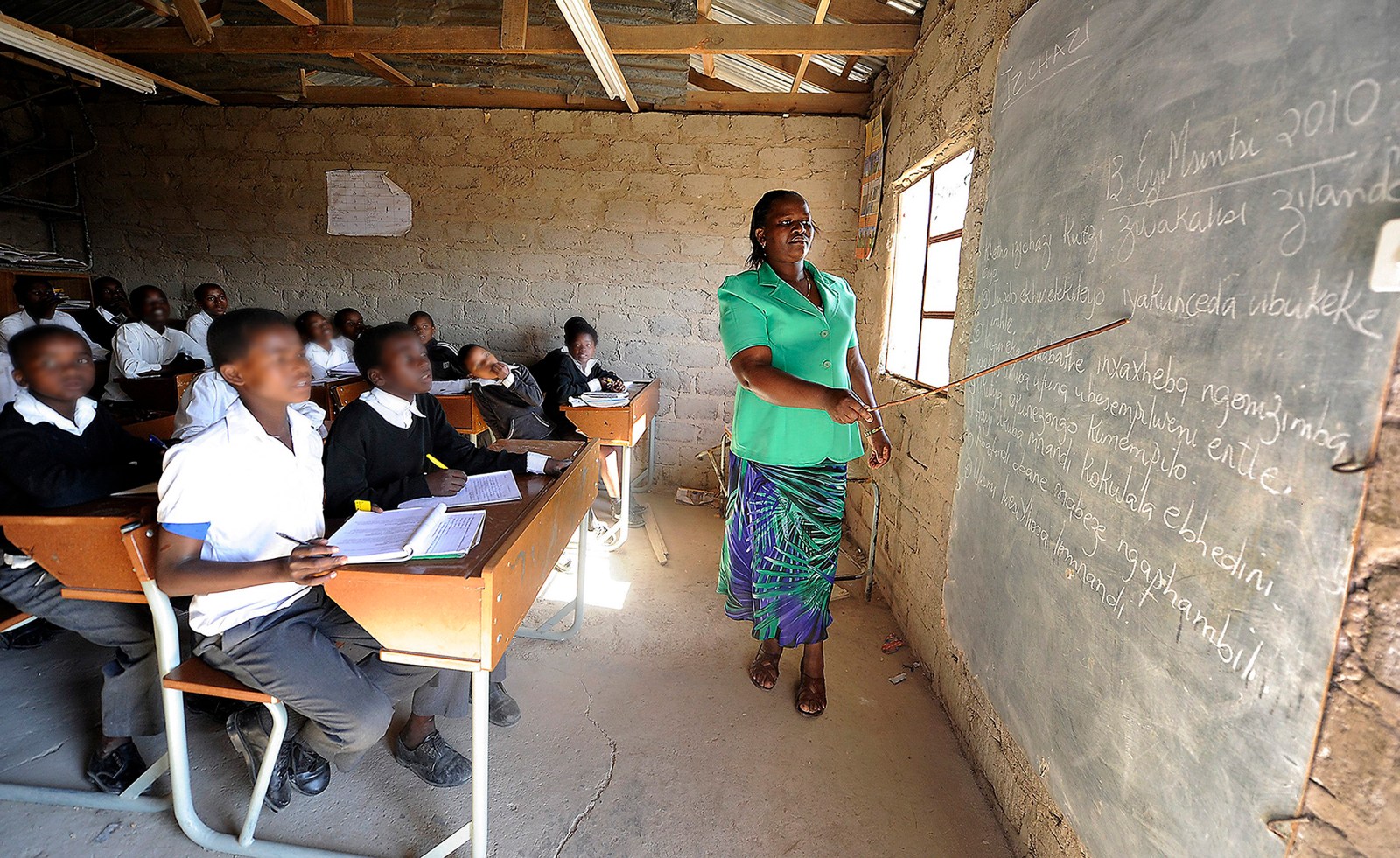 Teacher unions say that many school principals report operating with a drastically reduced staff, mainly caused by the non-replacement of those who were granted concessions to work from home. (Photo: Gallo Images / Foto24 / Denvor de Wee) MC-RuralEducation-Letter

On Monday millions of learners joined Grade 7 and Grade 12 learners and returned to school after a five-month break due to the Covid-19 pandemic. Now, teacher unions say that many school principals report operating with a drastically reduced staff, mainly caused by the non-replacement of those who were granted concessions to work from home due to living with comorbid illnesses.

At the height of the debate around the reopening of schools, teachers, parents and civil society alike flagged the shortage of teaching staff as one of the threats that would impede education when learners returned to school.

“We told the department when they closed for the break they now have the opportunity to get things in place. But now the crisis is there are classes with no teachers,” said Basil Manuel, the executive director of the National Professional Teachers’ Organisation (Naptosa).

Educators in the public schooling system can apply to work from home if they have comorbidities or are aged 64 years and above.

This stems from an agreement entered into by the Department of Basic Education (DBE), teacher unions and the Education Labour Relations Council (ELRC).

Applications are submitted to districts, which then grant or deny the concession. From the time when the teacher applies, they are allowed to work from home pending approval.

Elijah Mhlanga, the head of communications for the Department of Basic Education (DBE), says that of the 410,000 teachers in SA’s public schools, 27,000 applied for the concession and 22,000 have been approved.

“The others are being processed,” he said.

Basic Education Minister Angie Motshekga previously told DA shadow minister Nomsa Marchesi that the department did not anticipate there would be a need for replacement teachers.

According to Ben Machipi, the general secretary of the Professional Educators’ Union (PEU), provincial departments had told teacher unions – during the consultations DBE had with them before schools reopened – they had a database of teachers to replace those granted the concession, but these replacement teachers have not been provided.

“The department does not put their mouth where the money is. They say one thing and do the other. Even now that more grades are back, schools still have a reduced staff complement,” he said.

“Our teachers and staff members working in schools complained to us that their department offices at district and provincial level are working at one-third of capacity, while schools are almost 100% operational,” he said.

In response to Daily Maverick’s questions about replacing teachers that were granted concessions and working from home, provinces said the following:

“The department provides substitute educators after assessment of the comorbidities applications, the impact and confirmation of the staffing need per school. A database of, amongst others, unemployed educators [is] available to assist to fulfil the needs of the schools,” the Gauteng department of education’s spokesperson, Steve Mabona, said.

The last cohort (comprising Grade 5 in primary education and Grade 8 in secondary schools, and grades 4 and 5 in schools for children with severe disabilities) is expected to return on Monday 31 August.

The Eastern Cape department spokesperson, Vuyiseka Mboxela, said about 5,000 teachers in the province had been granted a concession and only half have been temporarily replaced with substitute teachers

She added that the department will have to reprioritise funds in order to pay the teachers.

“Our teachers will be paid in full like any other employee of government that will be working from home due to underlying conditions,” she said.

The Inkatha Freedom Party (IFP) expressed concern over the issue of unreplaced teachers in the province’s schools.

“The Umlazi and Pinetown districts are worst affected, with teacher shortages of 1,242 and 1,197 respectively,” wrote Dr Imran Keeka, the DA KZN education spokesperson.

Manuel said an additional constraint is that the DBE had not received any additional funds from the National Treasury to deal with the pandemic.

And like many other departments, it had to reprioritise funds from other programmes to cover Covid-19 related costs. Daily Maverick previously reported on the cuts in the education infrastructure grants and the foreseeable far-reaching impacts.

Machipi added that the slow progress in replacing educators granted concessions would impede teaching and learning.

“If we really want to have meaningful teaching and learning, and cover the 70% curriculum that is left, there must be replacement of educators and additional classrooms.” DM