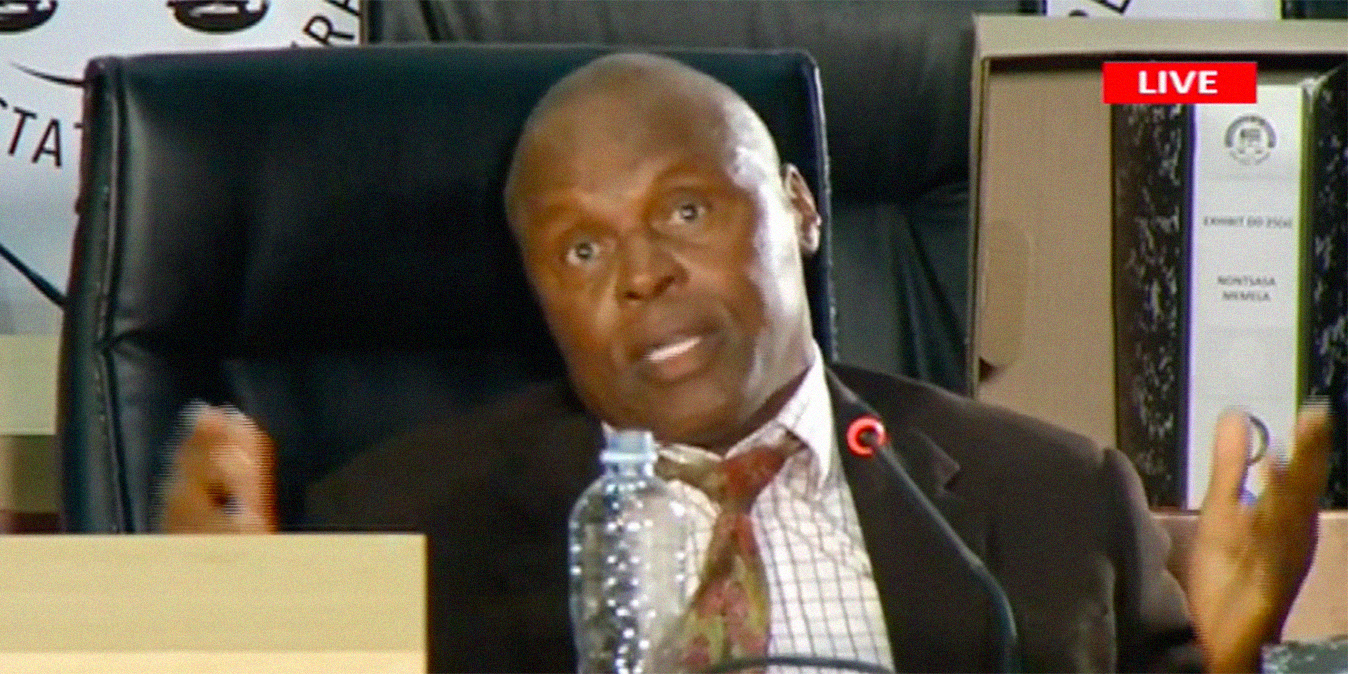 Evidence on Wednesday before the Zondo Commission of Inquiry dealt with money that was paid to two officials from South African Airways Technical by JM Aviation. But it was a very eventful day, where the key witness often could not remember amounts or payments made by his company.

On Wednesday 26 August, the Zondo Commission of Inquiry into Allegations of State Capture heard how money from an aviation company landed in the account of Yakhe Kwinana, the former non-executive board member of South African Airways.

Vuyisile Ndzeku, the director of aviation company JM Aviation, testified before the commission – asking for clarity several times, not remembering things and not knowing who was responsible for certain aspects of his business.

Ndzeku’s name had previously come up in other testimony related to aviation, where it was alleged that his company had given money to Nontsasa Memela, who was the former head of procurement at South African Airways Technical (SAAT).

Memela had previously testified at the commission that she was paid R2.5-million by JM Aviation, for land in Eastern Cape, which was owned by Memela’s mother and was to be sold to Ndzeku. He confirmed this before the commission on Wednesday. He described the land as being as big as “two rugby fields”. But, before the commission, he said that he does not have possession of the property but has handed over money as payment for the land.

Evidence leader advocate Kate Hofmeyr told Ndzeku that an affidavit, in lieu of a title deed, given to him for the ownership of the land was a forgery. According to Hofmeyr, the affidavit is dated 2015, but certain laws only came into effect in 2018, so the affidavit in question could have only been made some time in 2019. She also said signatures on the affidavit were forged. Ndzeku eventually conceded the document was a forgery.

Ndzeku could not answer questions as to why he did not know that R5-million had been paid into his accounts by JM Aviation and he could not remember what meetings had transpired between his company and South African Airways. He could not also give a clear breakdown as to what the business actually did, besides providing equipment.

Hofmeyr said that in June 2016, Swissport, a company which worked with JM Aviation and in which Ndzeku was a shareholder, paid R9.849-million to JM Aviation, of which R2.5-million was paid to Ndzeku’s wife, who then put the money into a Bitcoin “investment” called Xanosparks. Ndzeku said he’d heard about the bitcoin investment from Memela. Hofmeyr then said that this Bitcoin investment account actually belonged to Memela and that there had only been R500 in this account, prior to the R2.5-million cash injection by the Ndzekus.

The money, Hofmeyr told Ndzeku, “goes out to be paid to Mrs Yakhe Kwinana”. Kwinana has been proven to have withdrawn the entire R4.3-million on 23 September 2016. Kwinana previously appeared before the commission, read about her testimony here: Shenanigans at SAA Technical come under the spotlight

At the end of the day’s testimony, Hofmeyr said she submitted to the commission that Ndzeku was a “dishonest witness” as he kept changing his evidence during the examination.

The commission will continue on Thursday 27 August, with ANN7-related testimony. DM