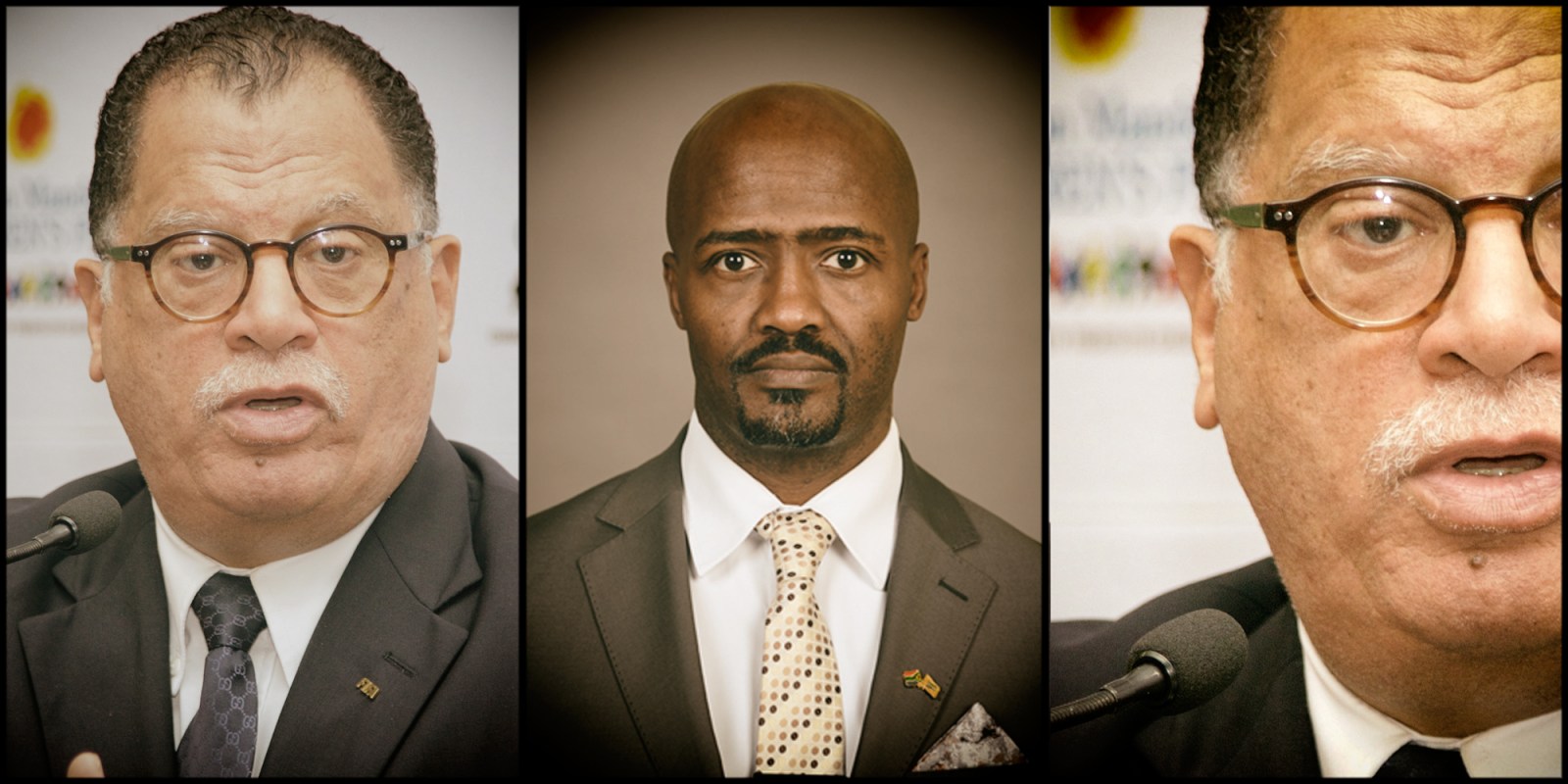 Democratic Alliance MP Tsepo Mhlongo has for months called for the suspension of the SA Football Association’s president, Danny Jordaan, so that he may be investigated for alleged maladministration of the organisation. Now the association and Jordaan have retaliated by issuing Mhlongo a letter of demand, seeking that he retract his utterances.

The battle lines have been drawn between the South African Football Association (Safa) and DA member of the sport parliamentary oversight committee, Tsepo Mhlongo. The association has sent Mhlongo a lawyer’s letter, asking that he apologise for comments he made in the media about Safa president Danny Jordaan prior to a Safa delegation appearing before the oversight committee.

“No further comment. This issue which he said outside Parliament is now in the hands of lawyers,” Safa spokesperson Dominic Chimhavi told Daily Maverick. “It was a statement he uttered before the parliamentary committee meeting to various publications and TV stations. This has nothing to do with the parliamentary matters.”

Mhlongo has long been critical of Jordaan, whom he has accused of ruling the organisation with an iron fist.

Safa has lost two of its vice-presidents in the past four months. Gay Mokoena, who was also the acting chief executive, was shown a red card by the association back in April.  Another vice-president, Ria Ledwaba, questioned the circumstances around Mokoena’s departure and subsequently wrote to Sports Minister Nathi Mthethwa. The action cost her her position in June.

It was in April that Mhlongo and the DA first sounded a call for Jordaan to be investigated.

“The DA calls for his suspension and investigation into this matter to be conducted by reputable and independent legal practitioners. This will ensure that the findings and recommendations made to the Safa board on the future of Jordaan are objective and unquestionable. Breaking corporate governance principles means he is a one-man show and that amounts to corruption tendencies,” Mhlongo said at the time.

“The Safa [national executive committee] should be blamed for allowing itself to be part and parcel of maladministration. The whole [committee] deserves to be dissolved and disbanded all together because it does not follow its own constitution. Jordaan is not fit to lead Safa in this era.”

The DA member, who is also their shadow minister for sports, arts and culture, then repeated those calls a few weeks prior to Safa’s appearance before the oversight committee. This is apparently what tipped Jordaan over the edge and has led to the Safa president’s lawyers serving Mhlongo with a letter of demand.

“It is our further instructions that our client categorically denies the allegations contained in your above statement and remarks. Please be advised that the said allegations are defamatory and were made with the intention of defaming our clients and to wrongfully and unlawfully injure their reputation,” reads the letter from Safa’s legal team.

The letter further states that Mhlongo has until Friday 28 August to retract his statements. If he fails to do so, then the matter will be taken to the courts. However, he is choosing to stand by his calls for an investigation into Safa’s affairs.

“I’m not going to retract. My lawyers are busy. I think this is a style of apartheid, that’s why I say they are trying to intimidate me. But I’m not going to be intimidated. I’ll make sure that I do my work accordingly, and without fear or favour,” Mhlongo told  Daily Maverick.

“They must investigate Jordaan and they must make sure that these allegations from Mokoena, from Dennis Mumble and Ledwaba most recently, truly have no basis.

“We don’t need arrogant administrators in any sporting codes. And if they are not working according to corporate governance, it’s obvious we’ll question their leadership.” DM