Feeding in a crisis: Social protection and governance during the pandemic 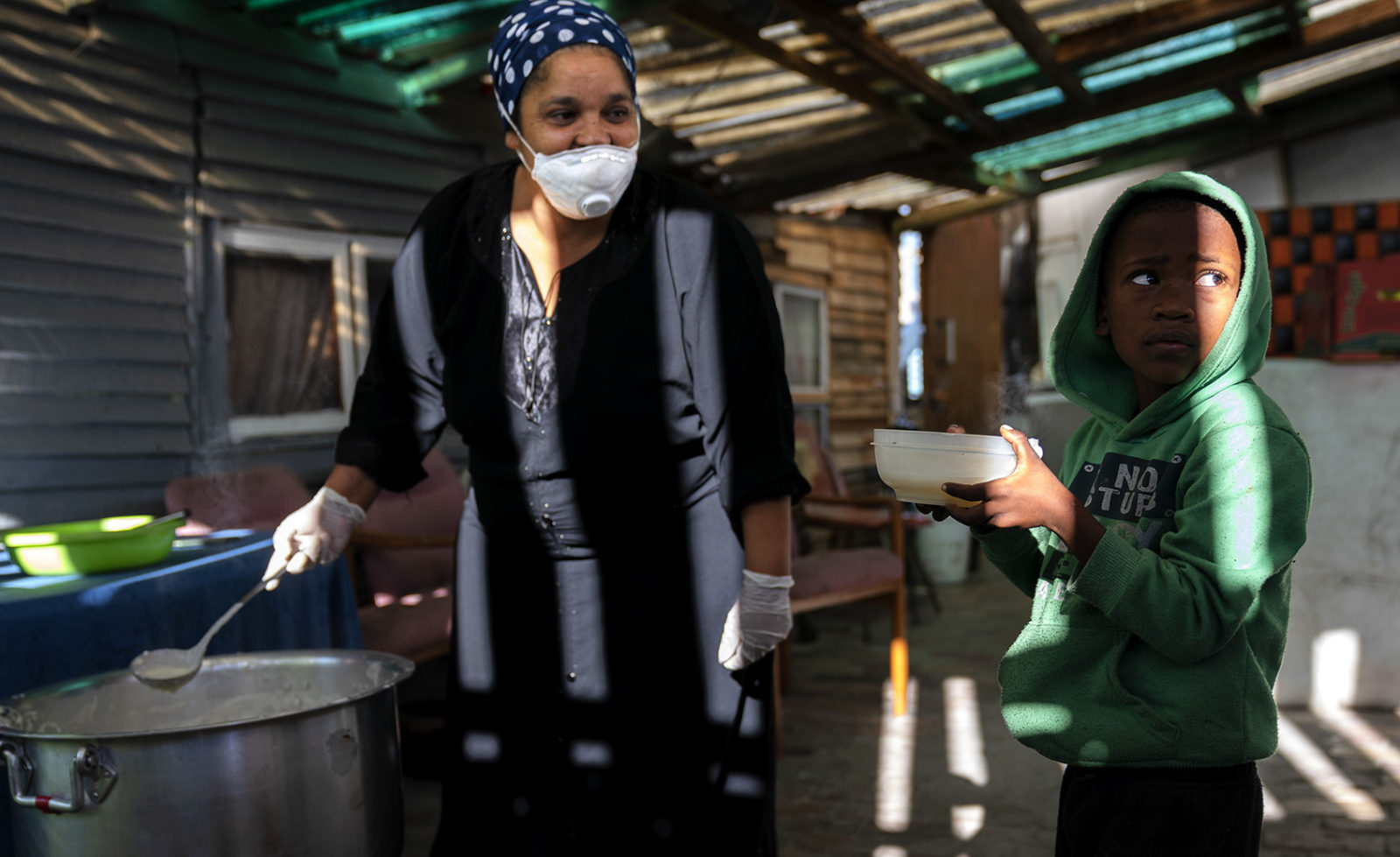 Of the three million people who lost their jobs in South Africa, two thirds of those were women, specifically black women, meaning that they have undeniably and disproportionately borne the brunt of the Covid-19 crisis.

On Tuesday, 18 August, the Centre for Excellence in Food Security held a webinar to discuss the impacts of the Covid-19 global health crisis with a specific focus on issues of food insecurity, school feeding and food governance. The participants were Professor Lisa Korsten from the University of Pretoria, Petrina Pakoe, the director of the Peninsula School Feeding Scheme in the Western Cape and Dr Wanga Zembe-Mkabile, who is the specialist scientist at the South African Medical Research Centre.

The world has been navigating a hunger crisis that has been brewing since before Covid-19 and was further exacerbated by the pandemic’s onset as evidenced in Oxfam’s hunger crisis report, published on 9 July 2020.

The discussion established that of the 3 million people who lost their jobs in South Africa, two thirds of those were women, specifically black women, meaning that they have undeniably and disproportionately borne the brunt of the Covid-19 crisis.

Moderator Camilla Adelle said Stats SA had established that households which were headed by black women were more vulnerable to experiencing hunger and food shortages even before Covid-19.

Adelle also dispelled the myth that those who receive social grants were somewhat immune to the income crisis by explaining that the National Income Dynamics Study had revealed that 47% of respondent’s households had run out of food by April 2020. She said that this was due to a number of reasons such as the loss of jobs that supplement grants, and an increase in food prices.

Earlier in 2020, the Pietermaritzburg Economic Justice and Dignity Group produced a report that said the cost of staple food items had risen by R250 between March and April 2020, taking the cost of a basket of food for a family of four up to R3,473. She said that the result of the escalation of food costs often meant that mothers were left to shield the family and specifically children from its impact, resulting in them skipping meals and not getting the proper nutrition they need.

Korsten mentioned the history of the need for school nutrition, which in South Africa dated as far back as 1916. This was established by the Transvaal Provincial Council in response to the impact of World War II. School nutrition programmes have since existed in various formats, with their primary efforts being to assist children coming from disadvantaged homes to have one nutritional meal a day.

Pakoe said that the Peninsula Feeding Association stepped in to assist learners when the National School Nutrition Programme (NSNP) was halted as a result of the closure of schools at the beginning of the Covid-19 national lockdown.

She said even when the NSNP resumed, her organisation had been key in helping to identify the neediest learners and families. In relation to the shortage of staple food items, Pakoe said they had noted an unaffordable increase of over 7% on such items, which she added resulted in a compromise in the nutritional content of meals. To this end, she asserted that more needs to be done to boost nutritional content for households.

Pakoe also said that it was her view that it was in the best interests of Early Childhood Development centres to form part of the Western Cape Education Department, in order for them to benefit from the NSNP.

Zembe-Mkabile said that according to an emerging research study on child nutrition status and food security she has been conducting of 20 participants in Langa Townships, it was clear that the poor and particularly black women-headed households had already long been grappling with poverty and unemployment – a natural consequence of which was food insecurity. The research focused on people from three categories: primary caregivers relying only on social grants; primary caregivers who were working or whose partners were working prior to the Covid-19 lockdown; and primary caregivers who were in informal employment prior to the lockdown.

She said where people lost their jobs, they then became wholly dependent on social grants and there were some households which had to rely only on the child grant as they could not be recipients of multiple grants.

With regards to the Unemployment Insurance Fund, Zembe-Mkabile said that this was revealed as unreliable as its access was inconsistent, with some people not receiving it at all, some receiving it late and others receiving it an incomplete state. This had an adverse impact on access to food because of availability of money and also saw an increase in the demand for food at home with children no longer benefiting from the NSNP and being at home during the day.

Zembe-Mkabile said this resulted in parents having to be strategic with their groceries, such as separating out food meant for children so that they could get all their nutritional needs met as parents regularly went without meals. She also said none of the participants in her study said that they had received Sassa food parcels.

In closing, Zembe-Mkabeli said that one of the most haunting quotes from one of her recipients was, “we should not have the choice of either hunger or death”– a demonstration of the inequality revealed by Covid-19. DM/MC