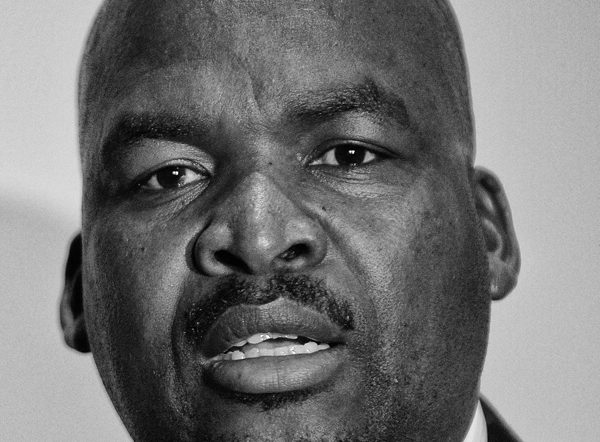 Monday’s resignation by Cricket South Africa (CSA) president Chris Nenzani was a typical demonstration of the selfish, rather than selfless, leadership that has plagued the organisation for several years.

Nine months after he should have resigned, Nenzani informed the board on Monday morning that he was stepping down with “immediate effect”. It was a surprise only because in three weeks, his term would be up anyway. The decision has served no obvious meaningful purpose other than to underline the leadership malaise at the organisation.

A new president was due for election at CSA’s annual general meeting on 5 September. Nenzani had already overstayed his welcome by a year after the constitution was changed to allow him an additional year after serving since 2013.

“One of the things I would have done differently in hindsight is that I would not have agreed to serving as president for an additional year,” Nenzani told the media at his last official briefing in June.

“I regret that. But when you are an elected official you have an obligation to serve, and so when the Members Council asks you to continue, then you subject yourself to that.

“But the term of the president will come to an end at the AGM in September.”

In an official media statement, CSA confirmed that vice-president Beresford Williams will act as president.

But in a further intriguing development, internal communications by CSA to its Members Council and sponsors also revealed the potential power politics at play.

With the president stepping down, the obvious chain of command would see the vice president – in this case, Williams – assuming the president’s duties. And if for some reason he is unable fulfil them, then surely urgent matters should fall to the acting CEO, in this case Jacques Faul.

But in a five-point email to its partners, which Daily Maverick has seen, point five stated: “In the interim, please address all communication which would have been meant for the attention of Mr. Nenzani, as President of the Members Council and the Chairman of the board of directors, to the office of the Company Secretary.”

The company secretary is Welsh Gwaza, who is understood to have significant leadership aspirations and is a close ally of suspended CEO Thabang Moroe.

Moroe is the main subject of an independent forensic audit into CSA’s affairs and Gwaza was afforded significant power under the suspended CEO, according to various sources.

With Faul stepping down from his acting CEO role next month, and the position of president now vacant, CSA is facing a leadership battle. Seven members of the board remain in their powerful positions despite being complicit in the many issues that plagued the Nenzani/Moroe alliance. It was an alliance that ended abruptly when Moroe was suspended last December.

After clinging on through some of the biggest scandals and setbacks in CSA history, Nenzani finally relinquished power on Monday for reasons that were not immediately clear. He owes it to stakeholders to clarify his motivation for resigning at this late stage, after nine months of calls for him to do so from sponsors and the South African Cricketers’ Association (Saca).

The increasingly mysterious and much-awaited independent forensic report into CSA’s affairs has been circulating at Member’s Council level, but has been hidden from public view. That report could unlock some of the mystery around Nenzani’s decision to move on, so near to the end of his tenure.

CSA also faces another grilling from a Parliamentary Sports Portfolio Committee next week and Nenzani surely didn’t fancy the idea of trying to explain the whereabouts of the forensic report to that forum again.

Gwaza appears to be a kingpin in the current shake up and it wouldn’t be a surprise if he emerges as acting CEO when Faul steps down, if the Moroe saga has not been finalised.

Moroe has been charged by CSA and met with members of the board last week, but there is no clarity yet on whether he has been dismissed. That saga is expected to reach some clarity this week. Former Chief Operations Officer Naasei Appiah, though, was summarily dismissed at the weekend after a lengthy labour dispute.

“Cricket South Africa (CSA) advises that following the disciplinary process and Labour Court proceedings involving Mr Naasei Appiah, all respective and relevant processes have now been concluded with the following outcome and sanction:

“The presiding officer found Mr Appiah guilty of transgression of a serious nature and his relationship and employment with CSA has therefore been terminated (summary dismissal) with immediate effect‚” CSA said in a statement on Sunday. DM