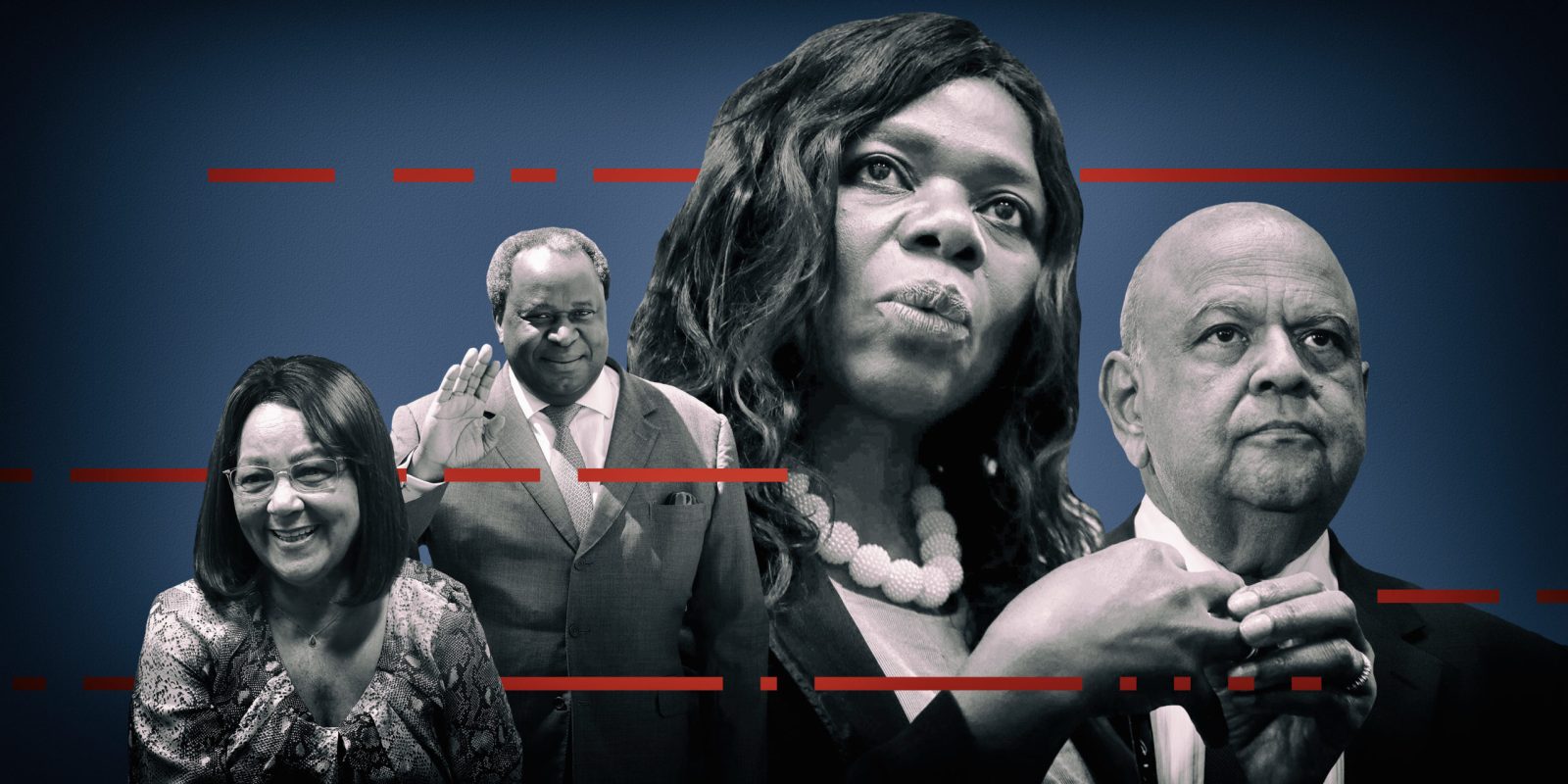 On Wednesday, we asked who you would choose to help rebuild South Africa once we are through the worst of the Covid-19 pandemic that has hammered our economy.

By far, the most votes came in for Finance Minister Tito Mboweni. While the minister is not very popular in the ANC and the broader tripartite alliance, he is clearly popular with Daily Maverick readers.

Of all the responses we received to a question about who you, the Daily Maverick reader, would put into a Reconstruction Cabinet to rebuild our country, Mboweni got the highest number of votes and comments.

Here’s one trenchant comment: “Tito only honest man; the rest are thieves.”

The idea behind a Reconstruction Cabinet is to highlight the Herculean effort we will need to rebuild an economy that was already in trouble pre-pandemic, but is now in a serious depression with well over 10 million people jobless and 22 million grants being paid monthly by government. This vividly illustrates the depth of need.

Here’s some more Tito-love: “He’s the only one who speaks the truth. He’s direct, not playing politics.”  And more: “Tito Mboweni – he seems less affected by political meddling and is a bastion of hope to us all. Long may he live… and stay in position!”

Even though his performance has been patchy, with most state-owned enterprises on their knees, Public Enterprises Minister Pravin Gordhan pulled the second-highest number of votes from our audience. He retains high trust, even as the country went back into Stage 2 load shedding on 13 August.

Apart from these two men, you chose a smorgasbord of other political leaders. Former finance minister Trevor Manuel scored the next highest number of votes, while former Johannesburg mayor Herman Mashaba, who is starting a new political party, also got the nod.

Daily Maverick’s own Mark Heywood should also be in this ‘dream’ Cabinet, said a reader (something I agree with); and so should Northern Cape premier Zamani Saul, possibly one of the most talented and campaigning political leaders in office right now.

Former Public Protector Thuli Madonsela was the most popular woman leader among our readers. Water and Human Settlements Minister Lindiwe Sisulu is seen as hardworking and she got a few nods too. So did International Relations Minister Naledi Pandor and Public Works’ Patricia de Lille.

The magnificent outgoing Auditor-General Kimi Makwetu would be great in a Reconstruction Cabinet, said one reader, but I was alarmed to hear Makwetu recently saying that he would not take another public service role. He has been a committed and zealous tracker of public funds and has, for years, battled to ensure that our money is well spent. It has largely been in vain.

Health Minister Zweli Mkhize got a single mention (which surprised me since he has done so well); as did former Western Cape premier Helen Zille, the incumbent Alan Winde, former Post Office CEO Mark Barnes, and the innovative former FNB CEO Michael Jordaan, who is now a co-founder of 5G data company, Rain.

Justice Minister Ronald Lamola got the nod, as did DA MP Glynis Breytenbach, a prosecutor before she went into politics.

One enterprising reader appointed a wonderful Cabinet under the headline, “Not one of them (existing Cabinet), they are all useless.”

What struck me is how many of you have no trust in our existing leaders, despite the hope that was palpable when Cyril Ramaphosa was appointed president in 2019, after which he appointed this Cabinet.

“None of these people who have failed dismally and simply have no grasp or idea of what “reconstruction” means given they have been the principal architects of 26 years of relentless economic and political destruction,” said one reader.

“Please, none of the above. I don’t know who but not them. An outsider from civil society. Please. We can’t take it anymore. Lose Gwede (Mantashe, the minister of Mineral Resources and Energy).”

One reader punted a technocratic Cabinet with engineers on it (not a shabby idea when you consider that our infrastructure is crumbling), while another said: “No politicians.”

Worryingly, one reader said: “This is so scary, so sad, but I can think of no one. (I have) the same feeling as thinking about who will succeed CR (Cyril Ramaphosa).” DM

Thanks to our readers who responded.