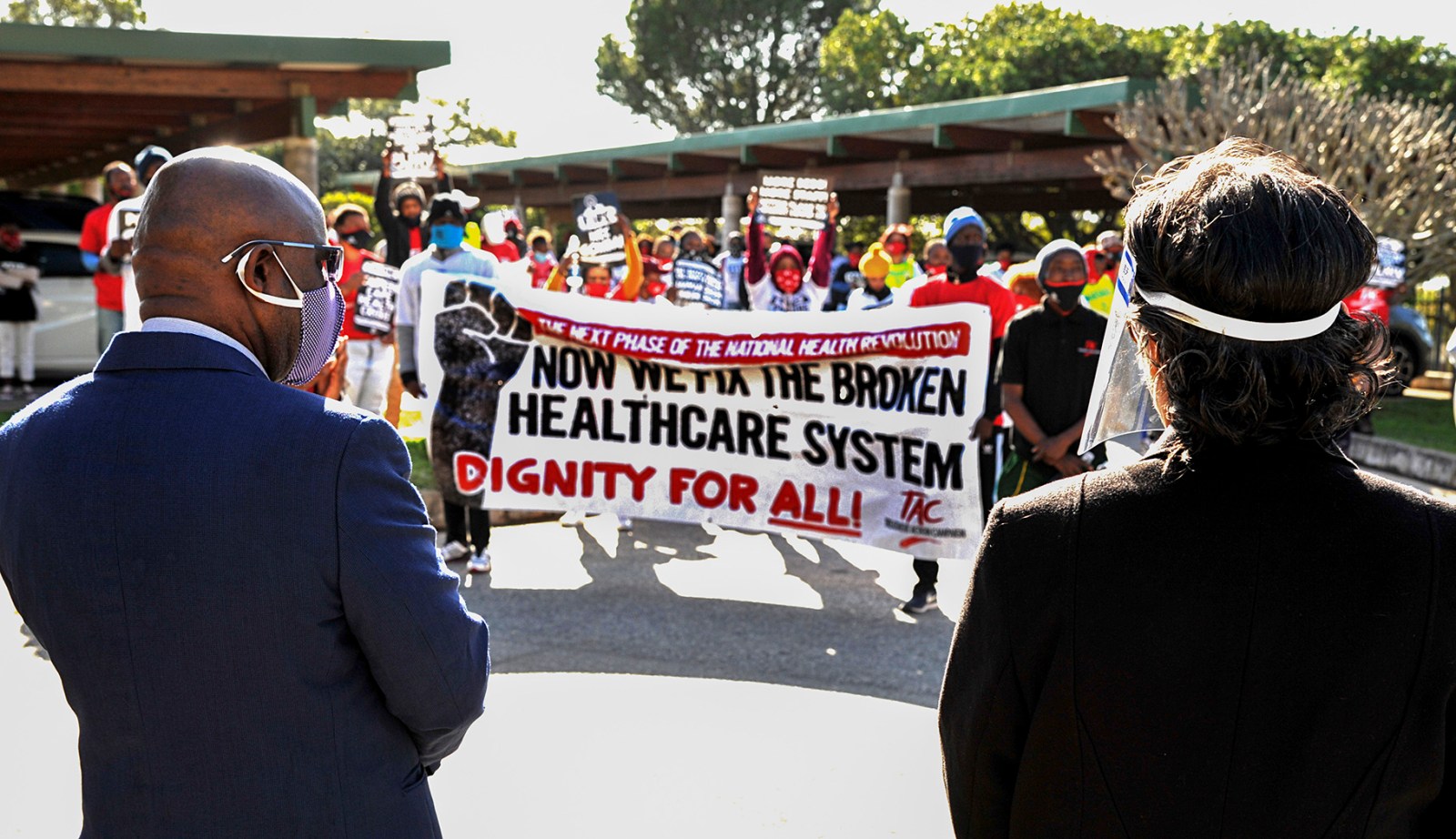 The Treatment Action Campaign and the Eastern Cape Department of Health have agreed to send joint teams to investigate the state of primary healthcare in Nelson Mandela Bay after concerns were raised by activists that patients were struggling to access their medicine for HIV, TB and emergency medical services.

The Treatment Action Campaign (TAC) and the Eastern Cape Department of Health will conduct a joint oversight visit at the 48 clinics in Nelson Mandela Bay following a meeting on Friday to discuss problems community members raised about access to chronic medicine, primary healthcare services and ambulances.

The general secretary 0f the TAC, Anele Yawa, said once their oversight visits were completed at the end of August they would discuss their findings.

“We will be conducting visits to 48 healthcare facilities around the NMB Metro. We will be visiting these facilities with the district management team and the member of the Mayoral Committee for Public Health, councillor Yoliswa Pali.

“After we are done with the visits we will be able to engage with them based on what they have reported and what we picked up on the ground,” Yawa said.

During the meeting, he accused the health department of staging perfect facilities when politicians come to visit.

“All the politicians want is the publicity. Meanwhile, people are locked out of facilities and they don’t know why. When the politicians come to visit, the department will borrow beds and then they will take them back again afterwards,” he said.

On July 29, Yawa led a protest march to the Nelson Mandela Bay head office of the Eastern Cape Department of Health threatening to “make life miserable” for officials if they did not comply with demands to fix primary healthcare issues in the metro.

The main issues raised by the TAC were community members’ complaints about a lack of ambulances and that they were struggling to access their chronic medicine and services like family planning.

During the meeting, the district health manager for Nelson Mandela Bay, Darlene de Vos, said nurses had been told that they cannot refuse to dispense chronic medicine to patients.

She said, with the exception of some services for TB patients, all HIV-related services have been integrated into the mainstream primary healthcare service and all stable patients should be able to access three months of chronic medication at a time.

She said the exception was for patients who were not stable as they needed to be monitored. De Vos added that patients should not have any problems in getting blood tests done.

“We have not received any reports from individuals that were chased away from facilities,” she said.

She said in one instance at a clinic in Veeplaas the contract for a pharmacy technician, who was working there and paid through the SETA programme for health workers, ended but the employee continued working.

“The pharmacy technician was fully aware of the contract’s expiry date and chose to continue working despite this,” she said. “The department had no further obligation towards this employee.” The nurses who were working at the clinic then refused to dispense medicine. She said the person was subsequently appointed as a post-basic pharmacist assistant until March 2021.

De Vos said she had investigated reports of stock-outs and there were none. She said she welcomed joint efforts to address issues in the primary healthcare facilities.

In June, the MEC for Health, Sindiswa Gomba, in a written answer to the Eastern Cape Legislature, failed to answer a question on how many patients were collecting chronic medication from hospitals or clinics in the province before lockdown was instituted in late March.

Gomba said patients were given two months’ medication during clinic visits while the country was in lockdown. In Nelson Mandela Bay 3,381 collected chronic medication in March, 2,679 in April, 3,116 in May, and 1,877 in June. Gomba indicated that their June statistics were incomplete.

De Vos added that she had investigated claims that nurses were not allowing patients to come into one of the metro’s big day hospitals, the Laetitia Bam Day Hospital in KwaNobuhle.

“Nurses are triaging patients at the gate and to maintain social distancing they are only allowing a small number of patients inside,” she said. DM/MC