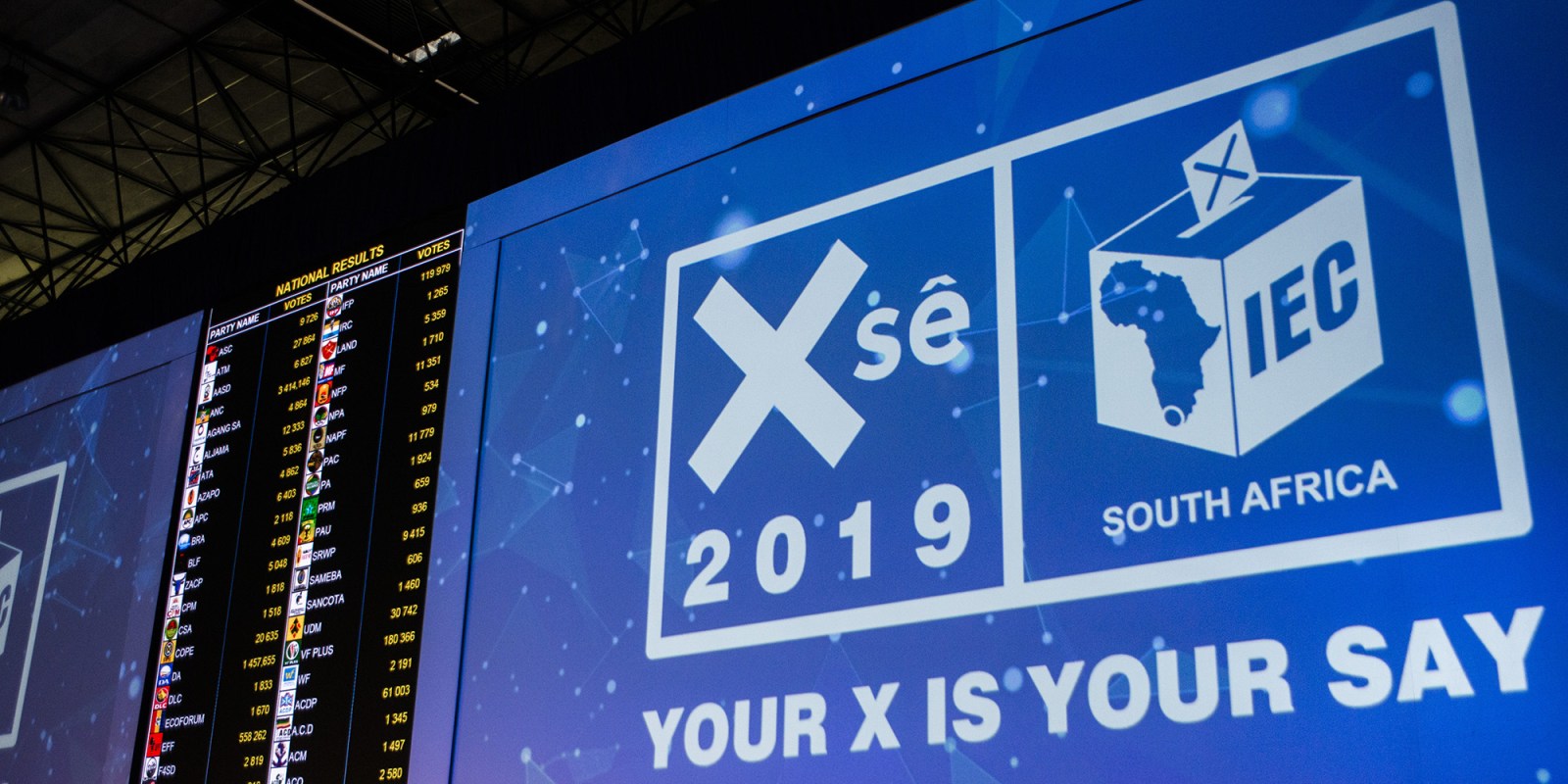 ‘Your X Is Your Say’ is displayed on a screen at the Independent Electoral Commission national results centre in Pretoria on 9 May 2019, the day after the national elections. (Photo: Waldo Swiegers / Bloomberg via Getty Images)

The South African Reconciliation Barometer 2019 survey found that while more South Africans are losing trust in the electoral system, they are more engaged at local level.

The 2019 survey findings – released every two years – were discussed at a webinar on Thursday 13 August.

This is echoed in how few students participate in voting for students’ representatives at higher learning institutions. For instance, in 2019, only 25% of the student population at the University of the Free State voted for student representatives.

Speaking at the webinar, barometer project leader Mikhail Moosa said even though more voters were not going to vote on election days, people are more engaged in local politics.

“It’s important to understand that politics happen outside of elections as well,” said Moosa.

While people seem to think that they can make an effective change participating in local issues, this is harder to do under lockdown, noted Moosa.

Seventy-one percent of respondents agreed with the statement that ordinary South Africans can rely on one another rather than political elites. Moosa said this was not surprising as the corruption scandals and the lack of accountability had “dented the trust” citizens had in politicians.

“Democracy isn’t just a conceptual idea, it’s a lived reality. The disillusionment we’re seeing [among citizens] is because the promised goods and the promised better life for all haven’t been delivered,” added Paul Kariuki, the director of Democracy Development Programme, an NGO that offers education on democracy.

Kariuki also said that citizens have power and should not be disillusioned:

“Not voting is to our detriment. Despite how disillusioned we are, we need to vote.”

Moosa regards the 2021 local government elections as critical for the country’s politics.