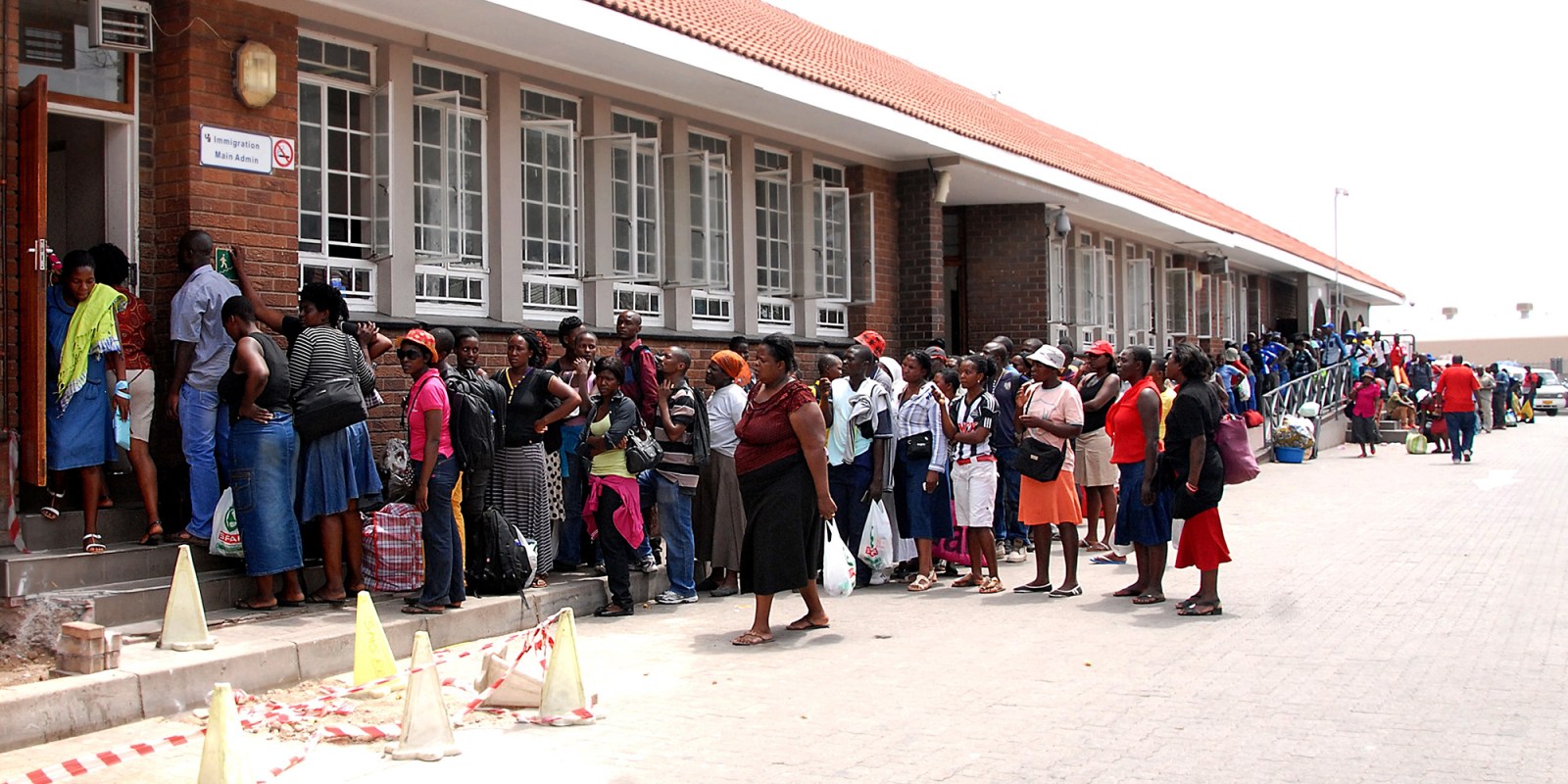 With its deep management problems, centralising border functions under Home Affairs is an expensive and curious decision.

Until recently, managing South Africa’s borders was the task of at least seven different government departments working at land, air and sea ports of entry. This proved taxing, particularly as movement in and out of South Africa continues to rise.

The new Border Management Authority (BMA) Act is meant to improve efficiencies by providing a single authority to oversee all aspects of the border environment. The law also requires coordination with other government bodies and border communities.

In principle, the idea of more streamlined border management that reduces corruption, prevents illicit trafficking and facilitates movement of people and goods is welcome. However the BMA alone won’t resolve these problems. It will be costly to the country, and places more responsibility on an already strained Department of Home Affairs.

Before the BMA was established, coordination between the various government departments wasn’t always smooth sailing. In 2010, an Inter-Agency Clearing Forum was created for the Soccer World Cup. It comprised Home Affairs, the South African Police Service (SAPS), the South African Revenue Service (SARS), and the departments responsible for agriculture, health, public works and state security. The team improved coordination among the departments and ensured effective border management and law enforcement.

The BMA is an attempt to replicate this forum and make it a permanent fixture. The lengthy process of enacting the BMA law wasn’t without controversy. One critic called the BMA Bill “one of the worst pieces of legislation to ever hit the House”. Cabinet proposed the new authority in 2013 and the bill was introduced to Parliament in May 2016.

Concerns raised by SARS, SAPS and the SA National Defence Force led to several revisions. In its 2018 submission on the bill, the Institute for Security Studies raised concerns about the securitisation of borders, the threat of corruption and abuses, and Home Affairs’ capacity to lead the initiative. The bill was revised in October 2019, then adopted and signed into law in July 2020.

Now most border management functions will be centralised under Home Affairs. The law creates ‘border management areas’ in a radius of 10 km from land and sea borders, under the BMA’s control. It includes the establishment of an armed border guard with law enforcement capabilities.

The authority has until 21 January 2021 to conclude implementation protocols with the army, police and revenue service, who together with postal services will retain their core functions in border areas. The state anticipates that establishing a functioning authority could take up to 15 years. It estimates the initial phase to cost R3.8-billion a year and R10.3-billion annually when fully implemented – probably a vast underestimate.

With borders still closed for most travel due to Covid-19, Home Affairs and its counterparts in the BMA inter-ministerial committee can get to work on protocol agreement. The committee comprises the following departments: Agriculture, Forestry and Fisheries; Defence and Military Veterans; Environmental Affairs; Finance; Health; Police; State Security; Trade and Industry; and Transport.

On paper all seems in order, but major implementation challenges lie ahead. Home Affairs is a large department with a mostly administrative mandate. Its deep management and legal problems have led judges to describe the running of the department as “incompetent” and “deplorable”.

There are numerous accounts of abuse and corruption by department officials and this culture will probably extend to the new authority. Armed border guards with expanded powers could lead to increased arrests and detention of migrants, asylum seekers and refugees.

Less than a month before Parliament passed the BMA Act, the Auditor-General shared a report that found a notable regression in the department’s management of illegal migrants since the last audit in 2007. The report said it would take 68 years to finalise the current asylum case backlog even with no new cases.

The new law is also criticised as xenophobic and seeking, above all, to restrict access to migrants and violate their rights. The act requires BMA officers to respect fundamental rights, including of vulnerable groups such as trafficking victims, refugees and asylum seekers. But with Home Affairs’ poor track record on managing xenophobia, concerns about its added powers are valid.

While the act purports to address other national security concerns, its anti-migrant overtones are clear. Throughout BMA debates, members of Parliament and the Home Affairs minister disproportionately focused on irregular migration. Highly inaccurate cause-effect statements blamed rampant xenophobia in South Africa on a lack of border management.

This follows a pattern of blaming foreigners for South Africa’s problems. The BMA is the latest in a series of regressive measures that negatively affect African migrants. In January, amendments to the Refugee Act increased the probability of asylum seekers and refugees being unlawfully detained and deported. In May, the Portfolio Committee on Home Affairs heard presentations on establishing one-stop border posts and processing centres for refugees near the borders that will inevitably prejudice asylum seekers.

As the African Union (AU) works towards progressive border agendas, free trade and free movement, South Africa’s move to militarise its borders will serve as a barrier. As current AU chair, South African President Cyril Ramaphosa should consider the message the BMA Act sends to the continent.

The country should be championing safe and legal avenues for low-skilled migrants, workers and traders. These robust migration management tools are most likely to reduce irregular movement. DM