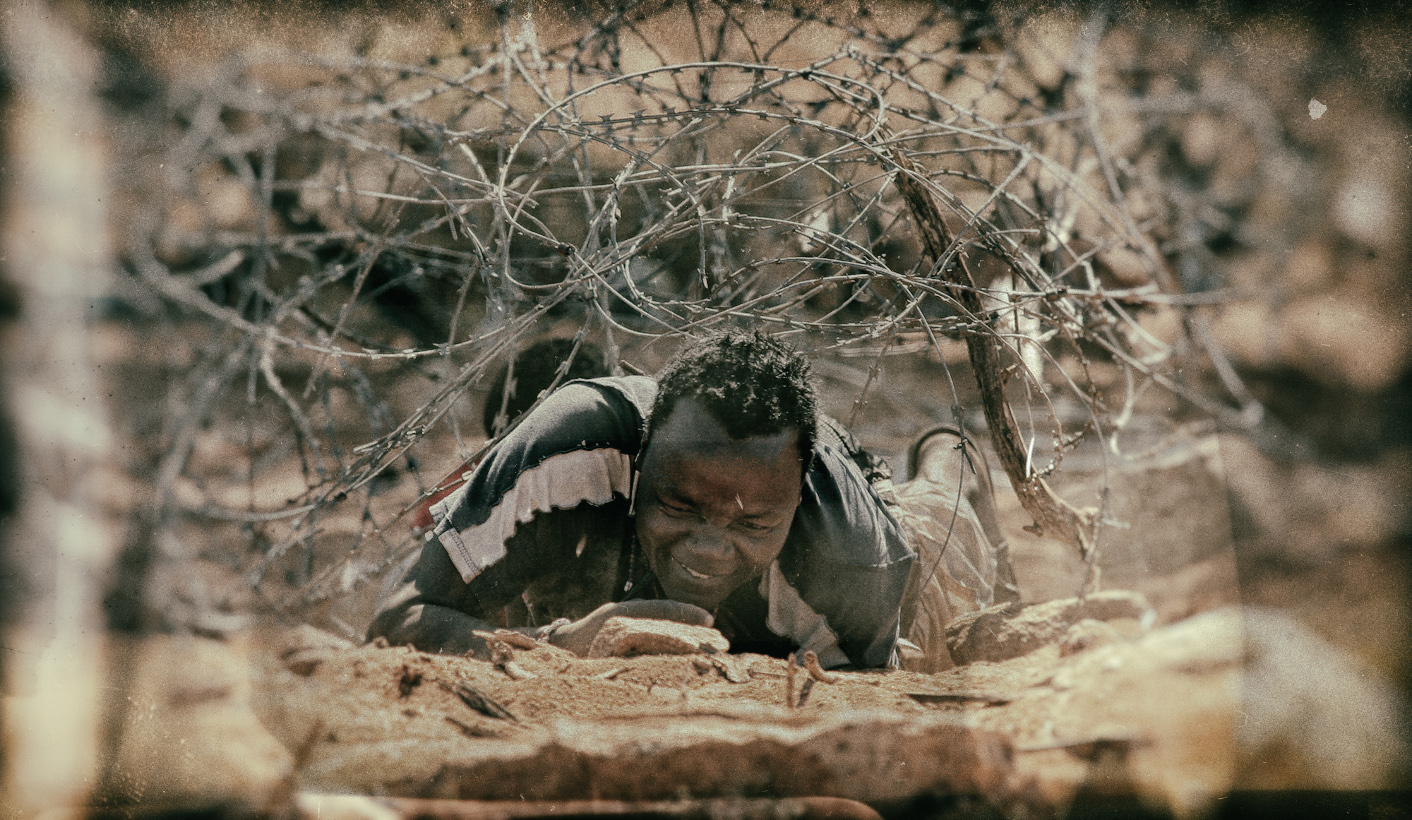 The Border Management Authority Bill, widely regarded as one of the worst pieces of legislation ever to hit the House, was on Thursday passed by ANC MPs. This is the bill that hands over the policing of our borders to a stand-alone authority answering only to the Minister of Home Affairs and the President – a parastatal that will collect over R3-billion rand of customs and duties outside of the South African Revenue Service’s computerised systems. What’s more, it treats migrants and asylum seekers like errant livestock. State capture? This is the sine qua non. While you were otherwise occupied, they screwed you. Hard. By RICHARD POPLAK.

Last February, back when all was well in South Africa, and Malusi Gigaba was still heading up Home Affairs, I visited the Director-General of that august department. Mkuseli Apleni, who wears a trimmed moustache and an intellectual’s spectacles, insisted that the Border Management Authority Bill that his department was trying to pass was essential for the future safety and security of Occupied Mzansi. The disorganisation along our borders was killing the country, he insisted. The cops and the SANDF were, sadly, resisting a bill that would only help their efforts. And the fact that Treasury and SARS were both against his efforts – we’re talking about two departments who have agreed on nothing of late – was an indication of the standard turf war nonsense that besets all government departments eventually. As the bill notes:

“Border management in South Africa is currently exercised by multiple organs of state with a purpose of securing the borders of the Republic and protecting national interest. There is a need for integrated and co-ordinated border management that facilitates secure travel and legitimate trade, in accordance with the Constitution, international and domestic law.”

And yet, this has been dubbed the worst piece of legislation to come before the House since the dawn of fake democracy. Don’t take my word for it – by all means, read it here. But before you do, there’s a couple of things to keep in mind. For one, the country is remarkably blessed in that it faces no external threats from hostile parties, which is to say that our borders – land, sea, or otherwise – are placid in a way that would make 90% of the members of the United Nations drool with envy. That said, South Africa does suffer from three main sovereignty issues, all of which dovetail into something approaching a catastrophe.

First, migrants saunter over our embarrassingly porous borders, most to work, some to play, and a small minority to steal things.

Second, contraband crosses into and out of South Africa, bleeding the economy of billions every year.

Third, customs officials are not always the most honest bunch, and I’ll just let this sentence trail off to the sound of your laughter.

Dealing with the relevant stakeholders as its stands – customs, the cops, the military, a bunch of companies with barbed-wire fencing tenders – would require real governance. But what if an entire new “authority” were established – a National Public Entity under which the SAPS, the South African National Defence Force (SANDF), the Department of Agriculture, and Customs were seconded, all overseen by the Department of Home Affairs? What’s more, it would take over the collection of tariffs and duties from SARS – about R3-billion a year suddenly collected outside of the revenue service’s electronic system. This new, so-called Border Management Authority would be run by a cadre with no doubt stellar credentials, a man or woman who would wield unprecedented power in the policing of this country.

That, however, is the good news. Far more concerning are the Australian-style migrant processing facilities that would be built at a staggering cost to both the fiscus and what remains of our moral standing. This would mean actual infrastructure built to house and detain refugees or asylum seekers. The department insists that these revamped facilities – particularly Lebombo – would cost just under R3-billion. But that’s impossible. And what happens when the BMA creates a standalone fiefdom for the toady deployed to run the thing? How much does that cost?

SARS has always been opposed to the bill. The SAPS and the SANDF have always been ambivalent. The Treasury under both Pravin Gordhan and Nhlanhla Nene thought it a non-starter. There were real issues with the consultative process at both the White and Green Paper stage; activists have generated reams of literature pointing out its shortfalls. Gigaba’s pet bill has failed to pass on two previous occasions, both times because the ANC didn’t have enough people in the House, and the opposition staged a walkout. But on Thursday, ANC MPs showed up in their numbers to vote their budget into law. Crafty scheduling ensured that the BMA was tacked on to the day’s proceedings. The opposition didn’t stand a chance, and Bill B9-2016 was destined to be shunted through, regardless of what tricks its opponents decided to pull.

Such are the joys of 23 years of majoritarianism.

The bill is not a fait accompli – it will be submitted to the National Council of Provinces (NCOP) for concurrence, and won’t be back in the legislative chute until August or so. But if anyone was looking for the perfect act of state capture – a trap for both money and people, so draconian that the bloody Australians would approve – look no further. The Border Management Authority Bill is one of the worst things that has ever slithered though the House. It is our next nightmare. DM