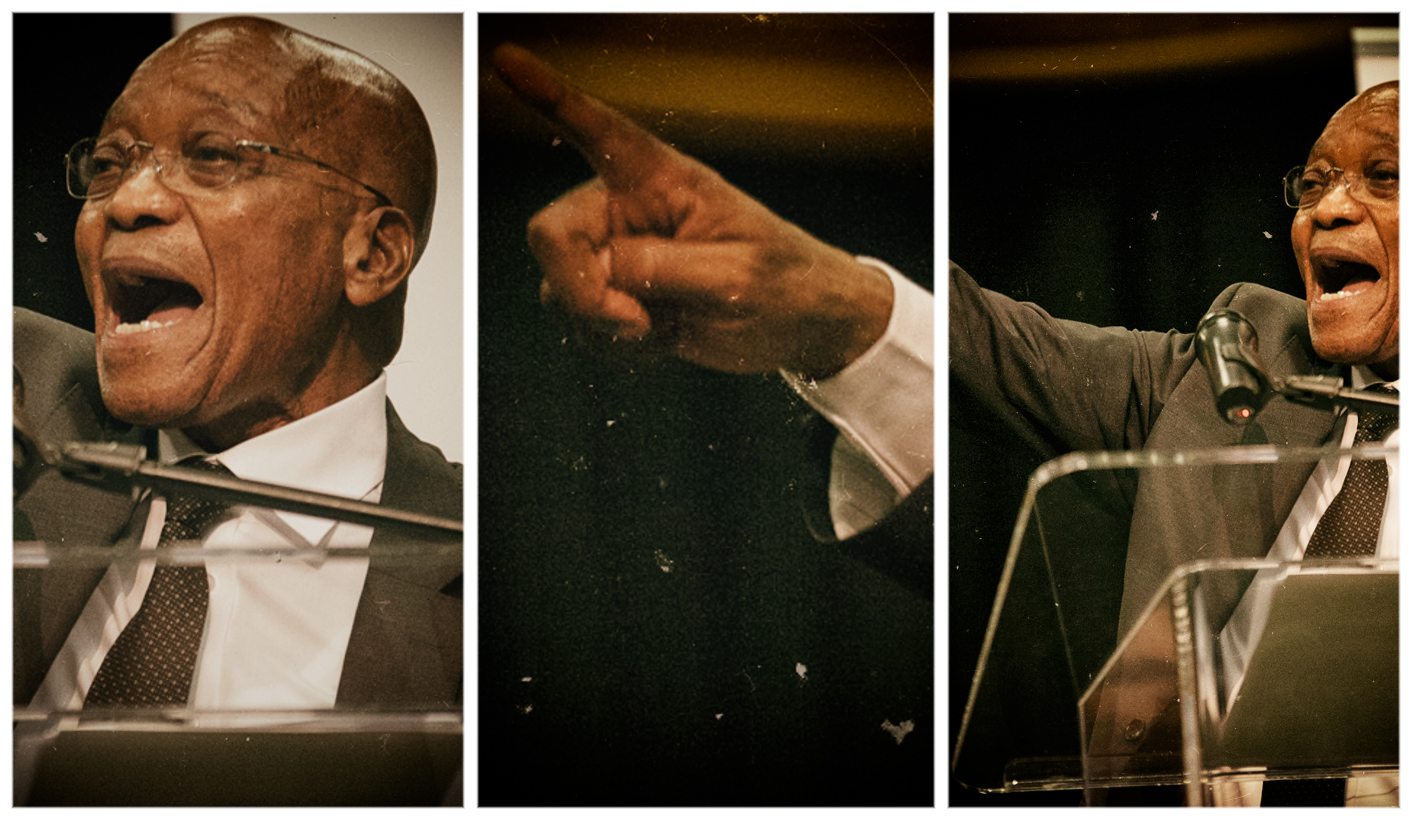 With these guys, it pays to read the small print. By RICHARD POPLAK.

Imagine the following four points constituted the entire “Fighting Crime and Corruption” platform curated by the maniacs currently in possession of the US of A:

That’s it. Four bullet points of such extraordinary vagueness that they could lead to a terrifying, if bingeable, dystopian Netflix series.

Were this list to have appeared on the US government’s newly rejigged website (that’s some shit I’m not hyperlinking), millions of people would take to the streets in freshly knitted pussy hats, tramping along sidewalks thick with the mulch of yesterday’s picket signs.

Sadly, the above grim little tally was not penned with a Goldman Sachs-embossed Montblanc in the Reichstag White House, but was in fact issued by ANC Secretary-General Gwede Mantashe, following his party’s January National Executive Committee Lekgotla. The meeting was strewn across the length and breadth of last weekend, and it was principally concerned with disciplinary issues as the congress careens towards the National Conference in December, when its members will vote for the first party president of the democratic era who might not end up running the country.

In this, we were offered the usual nonsense regarding 90% of delegates coming from.. I’m literally falling asleep writing this… all of whom will be elected at “properly constituted branch general meetings”. Which is sort of like insisting that Santa’s elves built your Christmas iPhone. But the ruling party must be allowed its little fictions, without which the bigger lies would not have the necessary scaffolding.

First of all, what is “informal” employment but the dark pit of unprotected, underpaid labour into which 70% of Africans dump their most productive, vital years?

Second of all, around 34% of the country either can’t find work, or has simply given up hope of ever working, because there is no work. The ANC has indeed presided over innumerable changes since 1994, but boasting about the country’s employment figures just seems unwise. Even more embarrassingly, the rest of the document reads like something the DA’s hacks would churn out during a tea break, which should alarm anyone concerned about the future of a) tea breaks, and b) democracy in our time.

Buried near the bottom of the Lekgotla press release, the above-noted “Fighting Crime and Corruption” subsection. The ANC, like most inward-looking sociopathalogical train wrecks, has a self-perception problem: they think that if they just focus on being more ANCish, they’ll eliminate the unANCish stuff, and become the old school ANC everyone remembers and adores. But, as with any massive organisation, different people remember different ANCs, while still others demand still different ANCs, and there exists no ur-ANC hiding at the end of the branch general meeting rainbow. The party is only as good as its people and its policies. Right now, both are slightly sub par.

The default, as always, is to call in the brown shirts.

For instance, what is a National Key Point but an affect of the ancien regime, who, in order to keep stealing from the non-economy, had coal-to-liquid-fuel plants to protect? The ANC kept the NKP designation, and it has resulted in an increasing securitisation of democracy’s most important waypoints. As Marianne Merten pointed out in a superb piece in these pages, Parliament is not a National Key Point, and yet the security cluster has endeavoured to classify it as such, with all the implicit intimidation and violence that comes with it.

It gets worse: the Lekgotla doubled down on the idea of a creepy Border Management Authority (BMA) Bill. Build the fucken wall already, right? The BMA is old news, but one has to find the timing of this particular announcement a bit, well, insensitive, given the recent Executive Order signed by President Donald Trump, which bars refugees from entering the home of the Happy Meal for 120 days. Most of the migrants in this country are fleeing economic meltdowns in our very own neighbourhood; there is no question that the ANC’s ambivalence and vacillation has contributed to millions of Zimbabweans jumping the Limpopo. Our border policy has, since the end of apartheid, demanded a mixture of geopolitical nous, empathy, and toughness.

Instead, we’ve ended up with Malusi Gigaba.

Then there’s the renewed promise to properly “secure state infrastructure”, to deal ever more harshly with those who throw poo at it, and to establish a piece of security apparatus – the Government Security Agency – in order to make sure we fill our prisons with demonstrators and Fallists. Does South Africa need another set of government-issue car guards working for another obscure agency with a bottomless budget for wraparound sunglasses?

The summary rounds off with the doozy about how bad corruption is, both in “the public and private sector”. This false equivalency has become a hallmark of the ANC, who are intent on, and terrible at, distracting from the party’s own blanket malfeasance. For the vast majority of South Africans, corruption occurs at the local government level – in their wards, in their schools, in their homes – and travels all the way up to Number One. In order to combat this phenomenon, government needs to worry less about border walls and Government Security Agencies, and more on allowing an independent judiciary, the press, and Chapter 9 institutions to perform the tasks allocated to them. It demands a big firewall between government and business, and a wholesale change in the culture of the ANC – one that understands differentiation between the borders of the country and the walls of Luthuli House.

There is, however, a better way to describe “private sector corruption”: straight up crime. The government has at hand all that it requires in order to investigate, prosecute and seek retributive justice for white-collar criminality. Be it insider trading, unpaid apartheid-era interest payments to the revenue service, tender fiddling, kiddy diddling, or gender inequality in the boardroom – what more does the ANC need in order to lock the scumbags up?

A brand new Corporate Investigations Service? Working with, and appended to, the security cluster that forms the backbone of the president’s current faction?

The ANC are very much in step with the international mood, which leans toward the fascist. They’re clever enough to bury their nastiest policy recommendations at the bottom of their meeting summaries. But with this crew, it pays to read the small print.

That’s where they hide the future. DM

* I have, of course, substituted Congress for Parliament, in order to make my point, which I believe is a sound one.