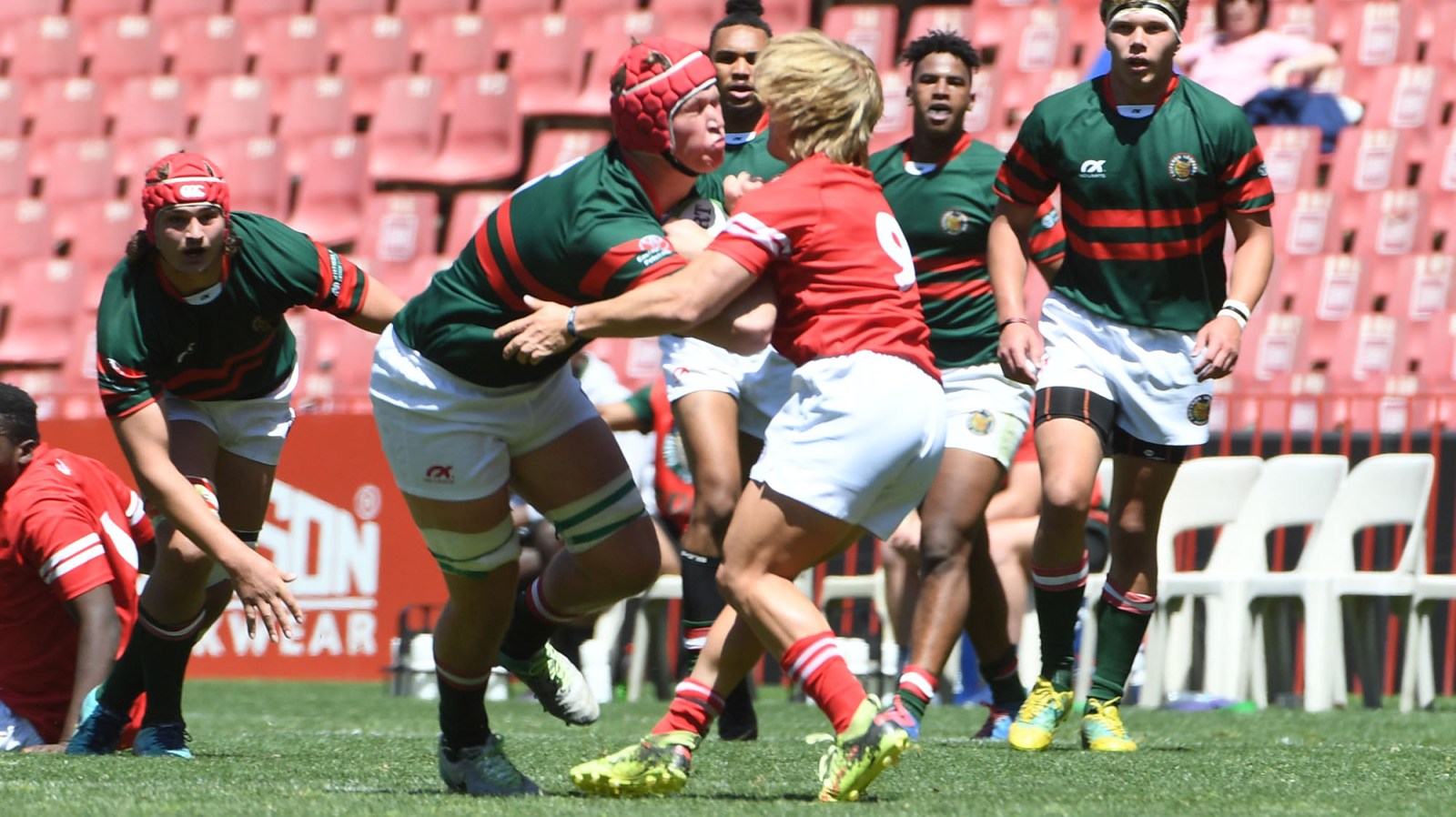 Roelof van Heerden of the Leopards and Norman Trahms of the Valke during the SA Rugby U/19 Championship, inland section match between Leopards and Valke at Emirates Airline Park on September 27, 2019 in Johannesburg, South Africa. (Photo: Lee Warren/Gallo Images)

It might be the impact of Covid-19 but in the past few weeks, the lack of quality administration in the South African sports industry has been exposed.

The fault lines in South African sports federations, which in many cases have come from an amateur background into a professional sphere since South Africa’s emergence from isolation in the early 1990s, are being increasingly exposed.

Financial mismanagement, personal gain and petty politics trump good corporate governance in a variety of sports, and in several ways. The South African sports sector appears to be a microcosm of the patronage and looting we see at national government level on an almost daily basis.

In the past week Easterns Cricket suspended their chief executive, Mpho Seopa, who is under investigation for financial irregularities at the union. Insiders have told Daily Maverick the union’s reserves have dwindled from R25-million to R14-million and there is no obvious logical explanation.

Cricket South Africa is still embroiled in an eight-month-long saga with suspended CEO Thabang Moroe over issues of poor corporate governance. That is set against a backdrop of poor financial management. In late 2018 CSA almost casually announced a projected and staggering R654-million loss over the next four years. Some estimates put it at closer to R1-billion.

Also, in the past seven days the Valke Rugby Union has filed for liquidation.

On 4 June the Valke placed CEO Jurie Coetzee on precautionary suspension in both his capacity as director and CEO of the company – pending the outcome of an investigation into suspected financial mismanagement and other irregularities. The union was unable to pay salaries at the end of July, leaving 40 staff members in a dire predicament.

And on Monday night, the Western Province Cricket Association (WPCA) president, advocate Nic Kock, resigned at the union’s annual general meeting, citing fears of potential “reckless trading” by the organisation. This was actually a sign of good leadership, as he would not be party to a deal he felt was not in the best interests of the union.

He was asked to sign a lease costing the WPCA R12-million a year and he could not in good conscience do that.

“I can no longer serve as the president of the WPCA. My position has become untenable. I had been asked to sign a lease on behalf of the WPCA‚ but I could not. Signing that would put the WPCA in a very difficult financial position‚” Kock told TimesLIVE.

“I made it quite clear that I have a particular view on how I wanted to pursue our interaction with our partners in the development going forward.

“The Covid-19 pandemic really created a whole new context to this lease agreement. I was not prepared to sign off on the lease. The impact this would have on our club cricket would weigh heaviest on my conscience.”

Kock’s resignation centres around a massive R750-million redevelopment of the northern side of Newlands Cricket Ground. When completed, the four office blocks are expected to produce future revenue for the union through rental income from, among others, Cape Peninsula University of Technology (CPUT) and Varsity College.

At a broader national level, the South African Sports Confederation and Olympic Committee (Sascoc) is months late on a leadership election because of political infighting.

Sanlam are 51% owners in the complex, with the WPCA holding the other 49% stake. A separate company called WP Property Holdings (Prop Co) was formed to manage the redevelopment of the stadium. The WPCA holds a 76% stake in Prop Co, with Cricket South Africa holding the other 24%. CSA has loaned WPCA R40-million.

The Newlands redevelopment is intended to unlock significant financial value for WPCA. It consists of various phases with educational and commercial rights to be developed within a sporting precinct.

The precinct will include office space, educational space, conferencing facilities, a cricket museum and retail space, all of which are intended to generate significant income. There will also be upgrades of current cricket infrastructure including nets (outdoor and indoor) and new change-room facilities.

The remainder of the WPCA executive released a statement on Tuesday claiming all was above board with their decision to enter a R12-million annual rent agreement.

“Whilst Mr Kock has expressed his view, the WPCA and the co-owners of the Newlands Cricket Ground, however, remain confident that the North Precinct Development remains an exciting and viable venture which will create long-term benefits not only for them, but also for WPCA and the cricket fraternity as a whole,” a statement read.

“Roughly 50% of the commercial space has been designed for office usage, with the balance being educational – ensuring that the Newlands Cricket Ground continues its tradition of being a fountain for youth.”

Sascoc and E Cape rugby in turmoil too

Border Rugby is under administration because it cannot sort itself out. It has essentially been funded and run by mother body SA Rugby for the past five years.

The Southern Kings rugby franchise also went into administration in June after the investor in the franchise – the union’s flagship professional team – failed to pay any money or relieve any debt after 18 months of being involved. SA Rugby was forced to step in again.

The deal with equity partners The Greatest Company in the Whole Wide World (GRC) was structured so that it would service the Kings’ debt of R45-million, in annual R5-million instalment payments. Sponsorships and disbursements from SA Rugby’s broadcast rights (approximately R34-million) would service the annual running costs of the team.

But GRC missed its first instalment payment last September and was given an extension until February 2020 by SA Rugby to honour its commitments. They missed it again. At the end of April, players and staff at the Kings were paid salaries 10 days late because the GRC required an emergency loan from the Port Elizabeth municipality to cover those costs. The growing picture of financial instability was enough to force SA Rugby to step in.

At a broader national level, the South African Sports Confederation and Olympic Committee (Sascoc) is months late on a leadership election because of political infighting.

Sascoc not only has an acting president in Barry Hendricks, but he was suspended over allegations that he blocked a rival from contesting the election for the post. A lengthy arbitration battle has finally cleared him.

The internal politicking around this petty leadership squabble left the organisation in a virtual state of paralysis – not that most federations care. Sascoc has become a self-serving clique that does very little actual leading of sports in this country. The International Olympic Committee (IOC) even issued Sascoc a warning in July to hold its elections.

These are just a few of the tales of woe in South African sports, which have been exacerbated by the Covid-19 pandemic. South Africa’s sports stars tend to thrive in spite of their “leadership”, rather than because of it. DM