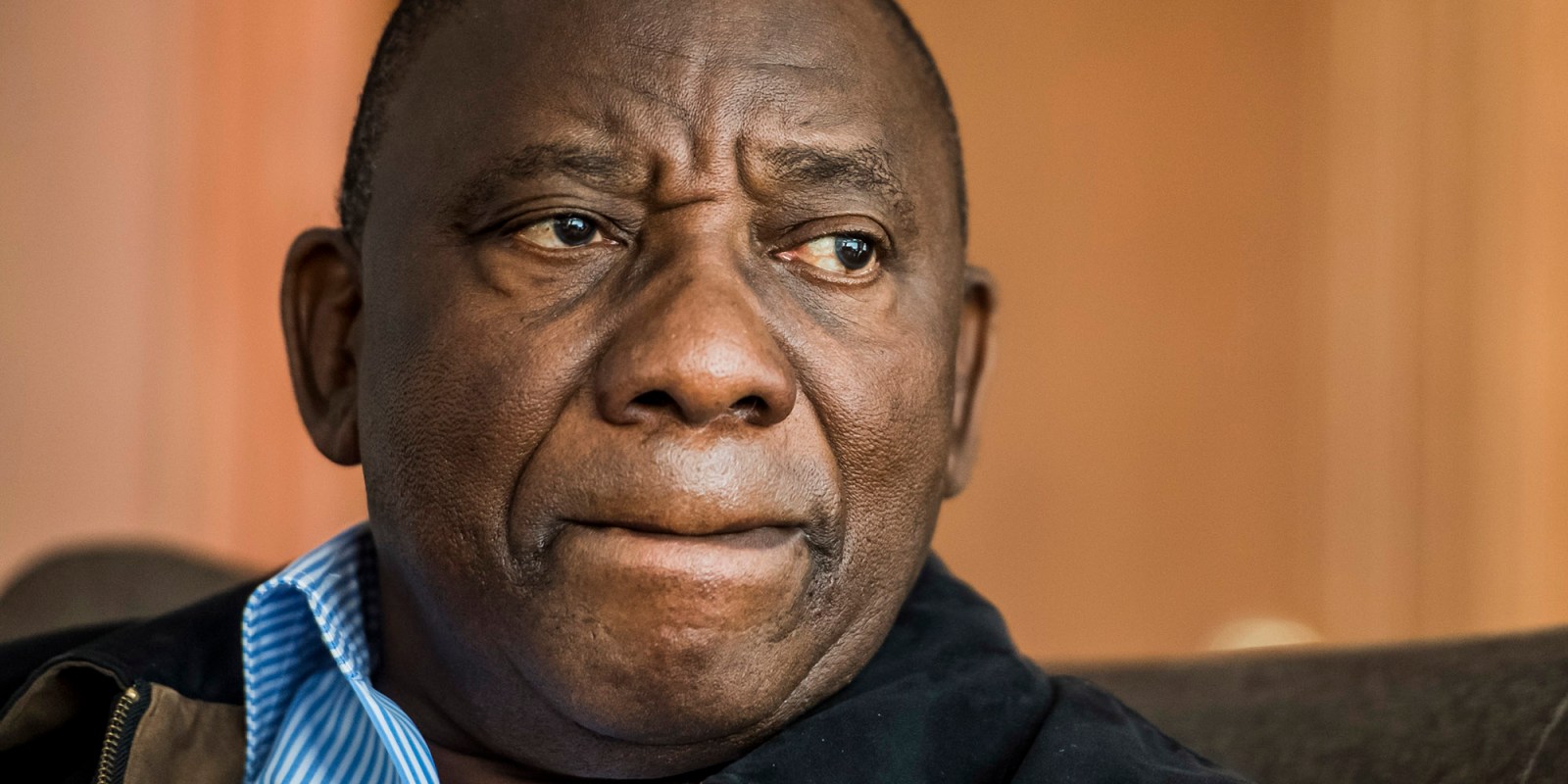 The ANC is facing a very old problem – how to deal with corruption when it involves officials with powerful political constituencies. There is little evidence that the party has any workable solutions. Instead, it appears that the weakening of central authority is beginning to speed up. And this will have dire consequences for our nation.

By Friday afternoon last week, the ANC appeared to be completely on the back foot on every front. The preceding days had seen presidential spokesperson Khusela Diko taking “special leave”, while Gauteng Health MEC Dr Bandile Masuku and his wife, Joburg MMC Loyiso Masuku – facing allegations relating to  PPE procurement fraud – were ordered to do the same by the Gauteng provincial executive committee.

Diko’s husband, “King” Madzikane II Thandisizwe Diko, whose very “kingship” was being questioned in public, is central to the allegations of procurement fraud after his company had received PPE contracts from the Gauteng health department. The two couples share a close relationship but have denied that this influenced the contracts or that they had done anything wrong.

The ANC also stands accused of breaking lockdown regulations by allowing more than 50 people to gather at the home of a party veteran, Andrew Mlangeni, on the day of his funeral. And if things couldn’t get any worse, Newzroom Afrika showed images of senior SANDF soldiers smoking in front of Mlangeni’s coffin. The soldiers are yet to produce receipts to prove they bought the cigarettes before the lockdown started.

By Friday afternoon, the ANC’s attempt to push back the tide on Twitter, with a call to members to defend their movement, had exploded into a #VoetsekANC campaign. Party spokesperson Pule Mabe, attempting to claw back some ground, said on TV that if individuals in the ANC were guilty of corruption, they should be named and shamed. But the backfire was immediate, with at least one interviewer referring to the reinstatement of two ANC members implicated in the VBS scandal – Florence Radzilani and Danny Msiza, as well as ANC secretary-general Ace Magashule.

It was not an easy moment for Mabe.

We should question why the integrity committee stayed silent for so long on a matter of huge public importance. If the individuals on the committee are people who genuinely have the best interests of the nation and the ANC at heart, why did they not go public earlier? If they believe someone is not suitable for a senior position, they should say so immediately.

More was to come: Daily Maverick revealed that Magashule’s sons had also won Covid-19 contracts in the Free State. Could it get any worse? Indeed it could.

On Sunday morning, the Sunday Times led with a story on how the ANC’s national executive committee could not agree on what strategy to follow. It reported that economic transformation sub-committee chair Enoch Godongwana had suggested that former presidents Thabo Mbeki and Kgalema Motlanthe be brought in to chair a new anti-corruption commission.

Then came another bombshell – the party’s integrity committee was now saying that it had, in fact, never “cleared” David Mabuza before he was sworn in as deputy president. The impact of this particular issue is immense. Mabuza appeared to be demonstrating his political power in the ANC just after last year’s elections, when he was able to force President Cyril Ramaphosa to postpone his Cabinet announcement. At the time, it was not entirely clear what happened – Mabuza appeared to be claiming that he was cleared. But there was no confirmation that the ANC’s NEC had actually processed the findings as required under the ANC’s constitution. Despite that, he took the oath and assumed office.

But we should question why the integrity committee stayed silent for so long on a matter of huge public importance. If the individuals on the committee are people who genuinely have the best interests of the nation and the ANC at heart, why did they not go public earlier? If they believe someone is not suitable for a senior position, they should say so immediately.

In the middle of all of this is the reported decision from the same committee, that deputy finance minister David Masondo should step down from both his ANC and government positions. He is accused of asking the Hawks to put pressure on a former lover who underwent an abortion (details of which appeared in an amaBhungane story first published by Daily Maverick last year).

Again, the question needs to be asked of the ANC’s integrity committee – why is this being revealed now when news of this was published nearly a year ago? Why did it take eleven months?

This underlines the real problem with the ANC – there appears to be no consistency.

How can it be that Masondo must step down, while Radzilani and Msiza are reinstated? What does it mean for Ace Magashule when an entire book has been published detailing his alleged wrongdoing? (Magashule once said he would sue author, Daily Maverick’s Pieter-Louis Myburgh, but he has failed to do so.)

All of this gives credence to the views of those who believe the ANC is unable to effectively deal with corruption, and that any attempt to really clean up the party would resemble a circular firing squad.

This is also partly because Ramaphosa’s enemies have been successful in claiming that his Nasrec campaign was dirty because of the amount of money that it used. Of course, this suggests that both sides in that contest were equally guilty, since it’s highly likely everyone spent enormous amounts of money in ways that will probably never be made public.

All of this revolves around the same issue – corruption and the ANC’s inability to deal with it.

From time to time the party has, in discussion documents, lamented the rise in corruption and delegates have passed anti-corruption resolutions at conferences.

But in the end, it comes down to much talk and no action.

Ultimately the party is unable to act against anyone with a strong constituency. This is because the leadership at any particular time needs that constituency, or cannot see itself prevail in a fight against it.

At the same time, it seems that what were once seen as factions around leadership contests in 2017, are now becoming smaller interest groups with a main agenda of eating while they can.

This continues to weaken the central authority of the party, and leads to the question: can it come back from this situation?

Judging from the levels of anger in society, it would seem that many South Africans believe it cannot. Part of this is because of the sheer length of time the ANC has been in power. In the UK, in the 1990s, the Conservative Party was brought down by the sheer number of scandals it endured after being in office for many years. In Germany, Chancellor Helmut Kohl was also eventually tarnished by scandal.

The real problem, as has been lamented many times, is that, as Mbeki once said, people are joining the ANC to “enrich themselves”. Motlanthe made the same point back in 2007, when he told journalist Carol Paton that “the rot is across the board”.

Given those comments, what we are seeing now was entirely predictable. So, what is to be done?

While some believe a corruption commission chaired by Mbeki and Motlanthe might work, it surely wouldn’t be accepted by party leaders. Both men have huge political baggage within the party.

Others suggest a consultative conference of some kind, but it seems unlikely that those who were elected to the NEC at Nasrec would countenance any move that could weaken their position or allow anyone to usurp their power. Why should they give up their positions, the argument would go, after having been elected?

At the same time, there is no other political force that appears capable of removing the ANC from state power through an election.

This suggests, then, that the slow decline – the gradual deterioration of the party and the government – is a likely outcome. For the moment, there seems almost no way to stop it. DM