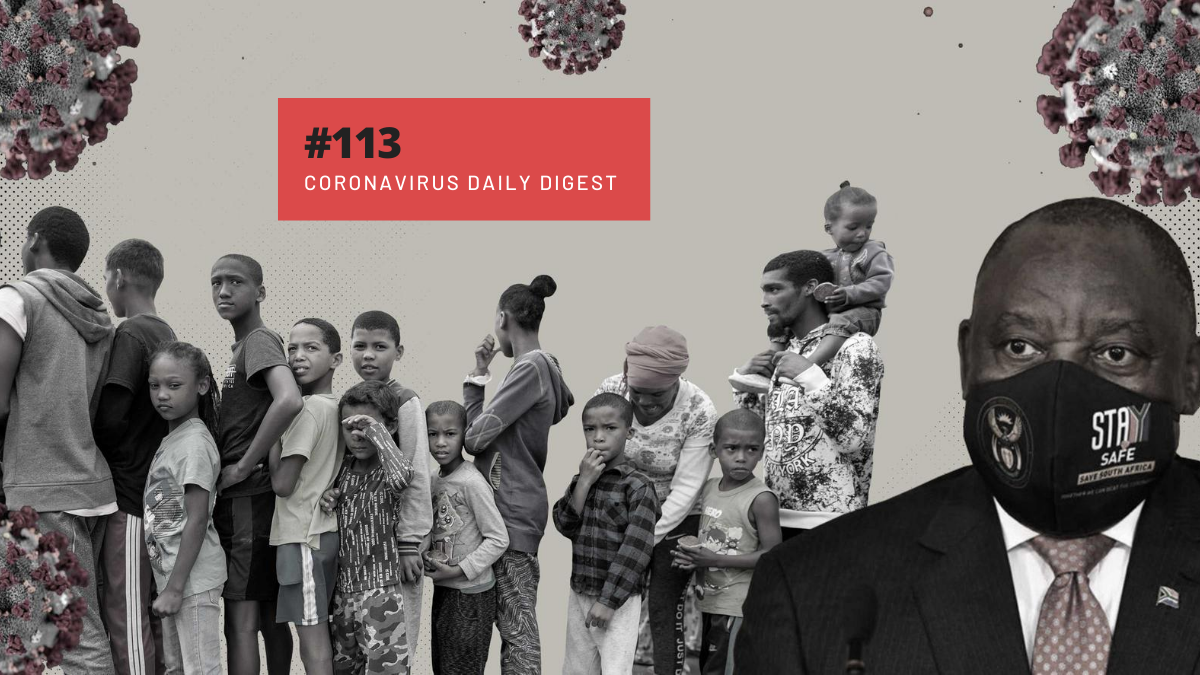 Over the weekend, South Africa’s cumulative count of Covid-19 cases surpassed half a million. Meanwhile, the revised school calendar was announced. In Johannesburg, hundreds of people from civil society organisations marched against the failures in the government’s response to Covid-19.

Scroll through the gallery below to view the latest Covid-19 numbers available on 2 August at the district level. All maps are sourced from provincial health departments; however, Free State and Eastern Cape did not provide an update by the time of publishing: 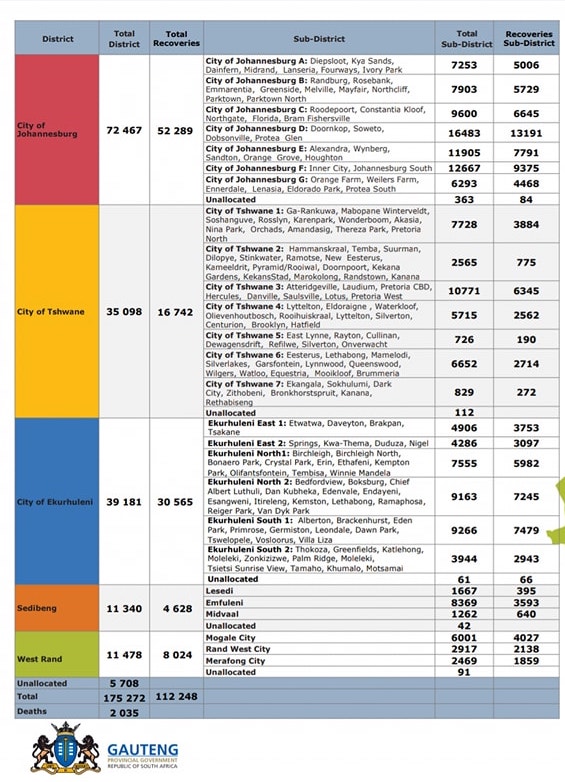 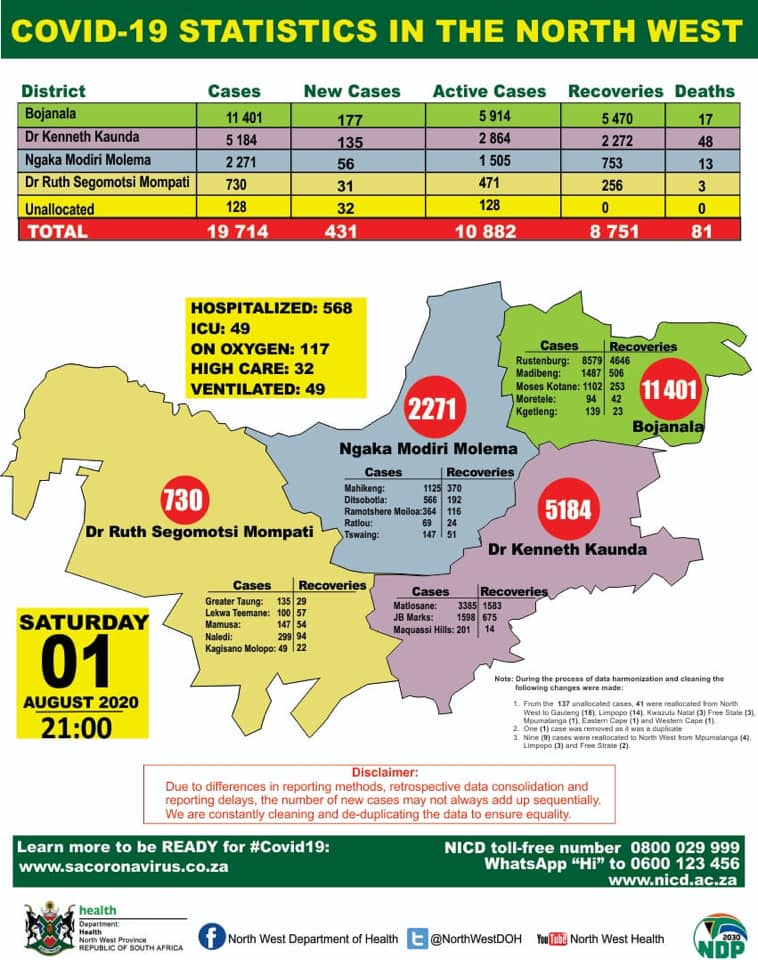 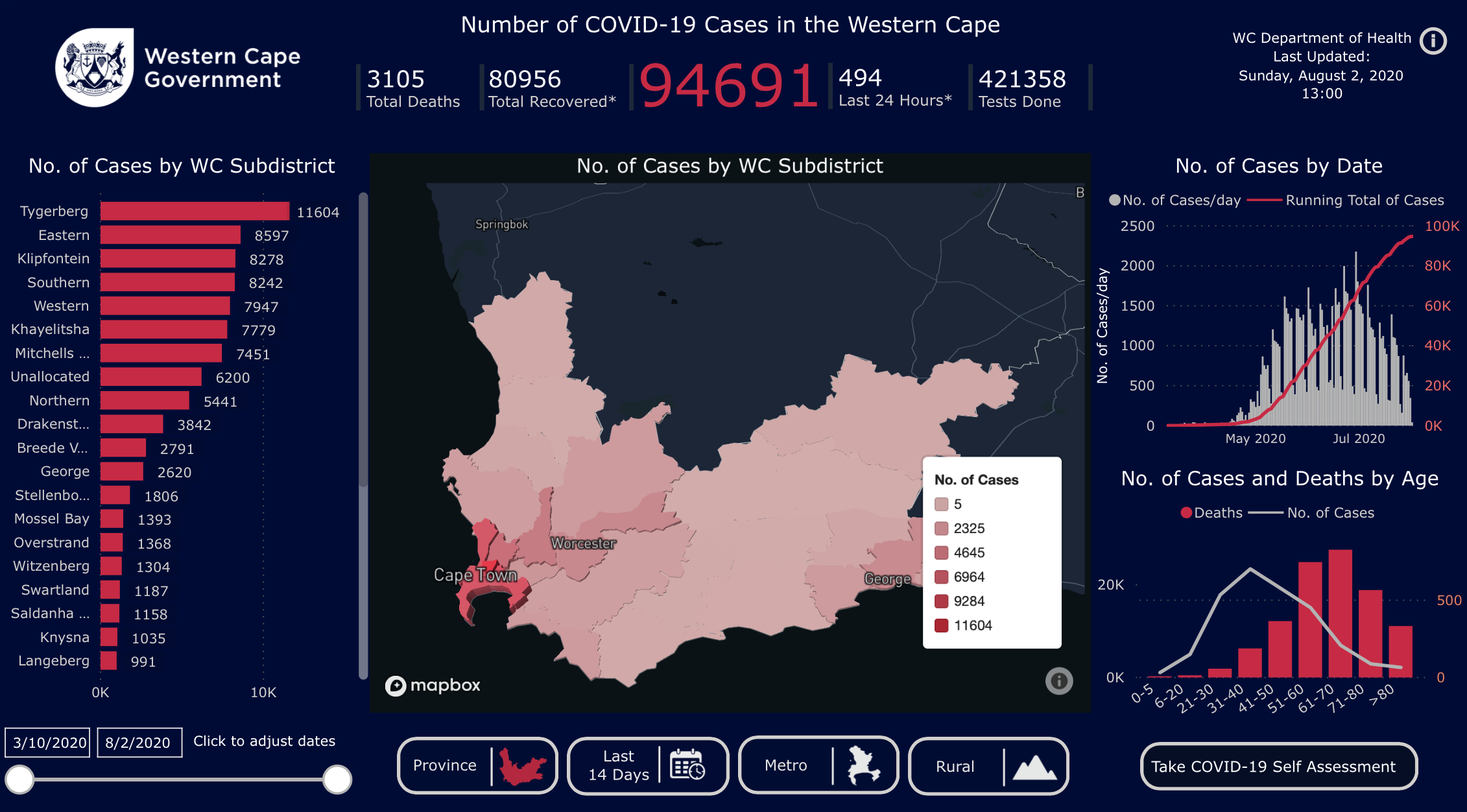 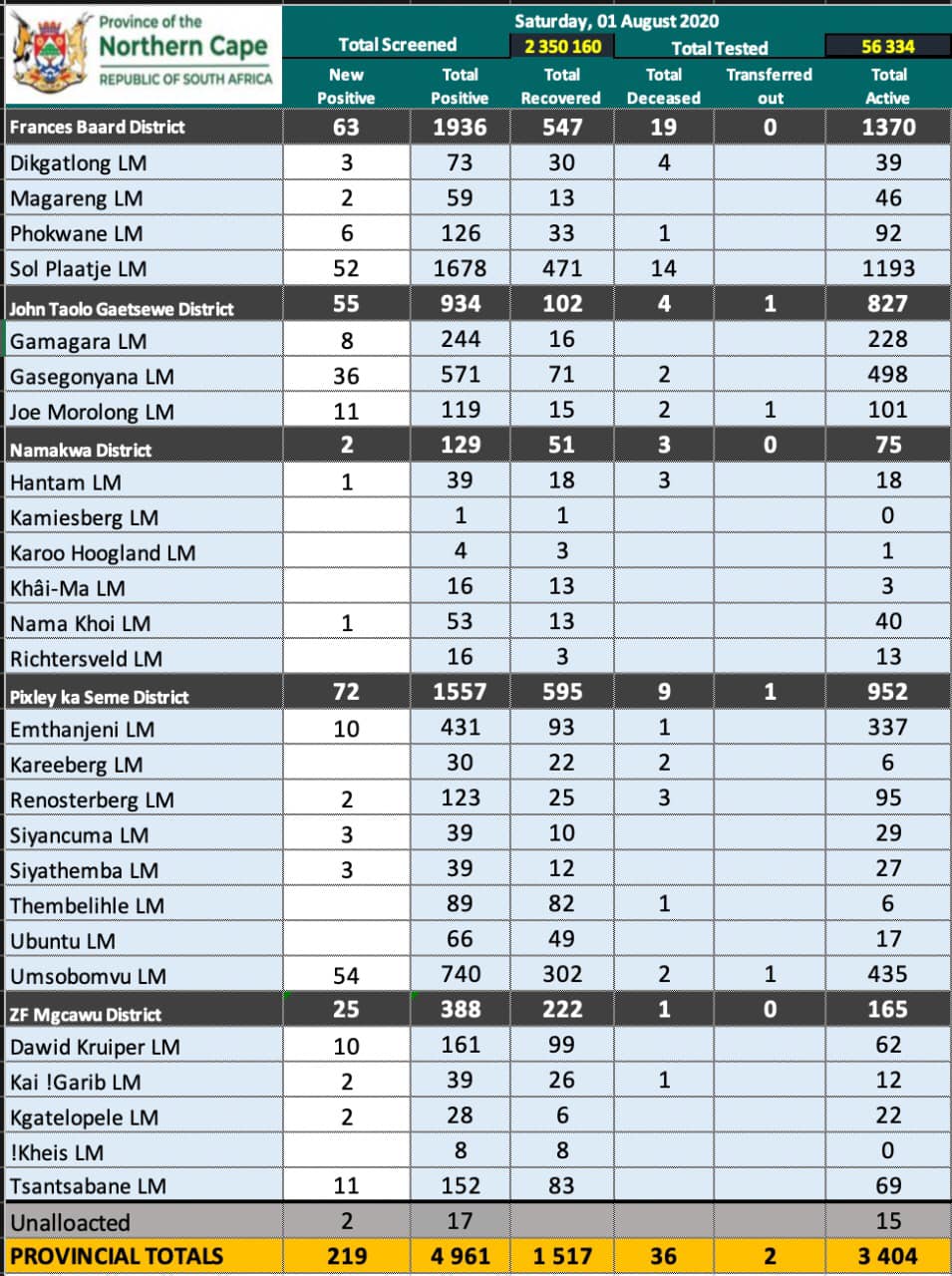 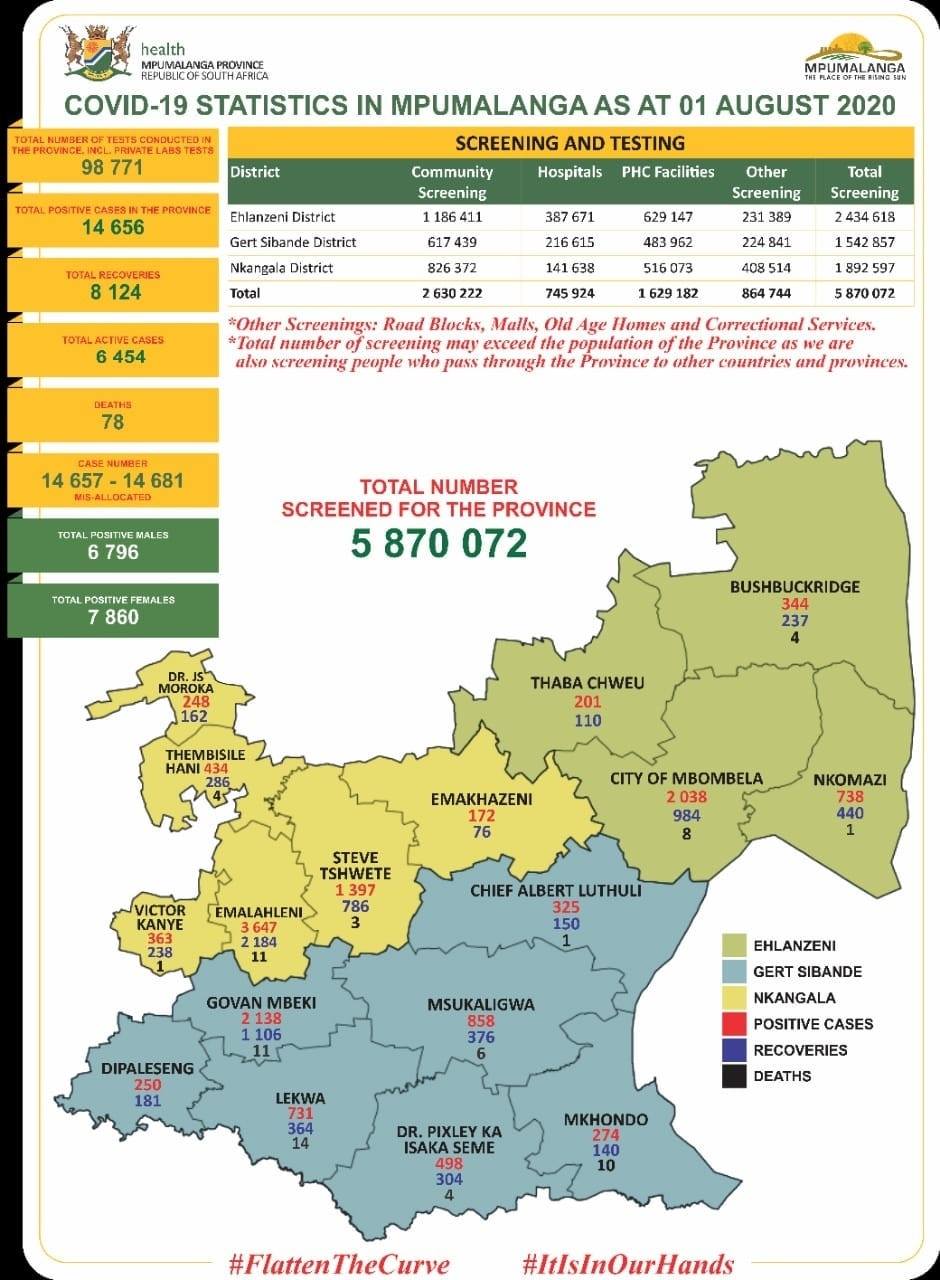 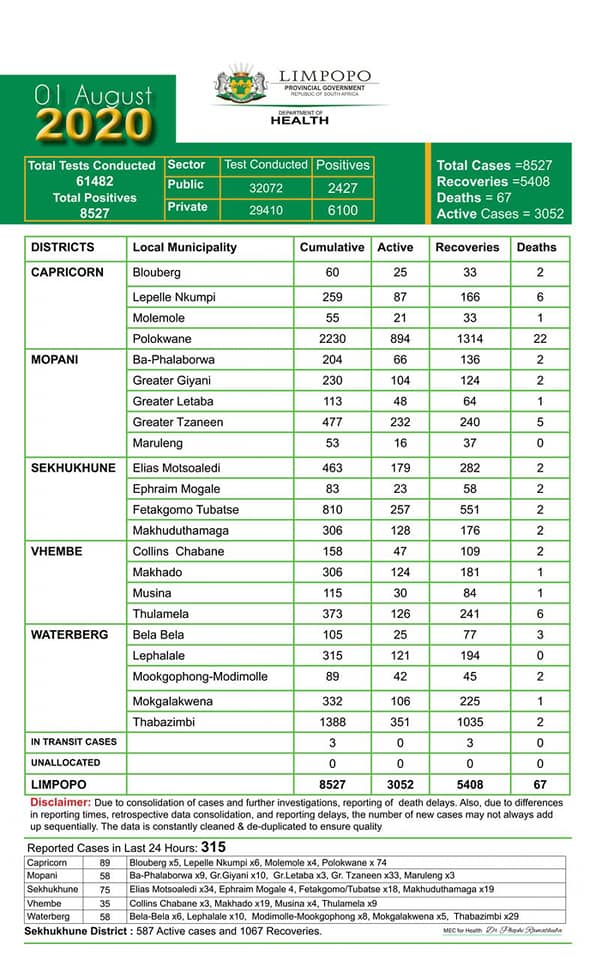 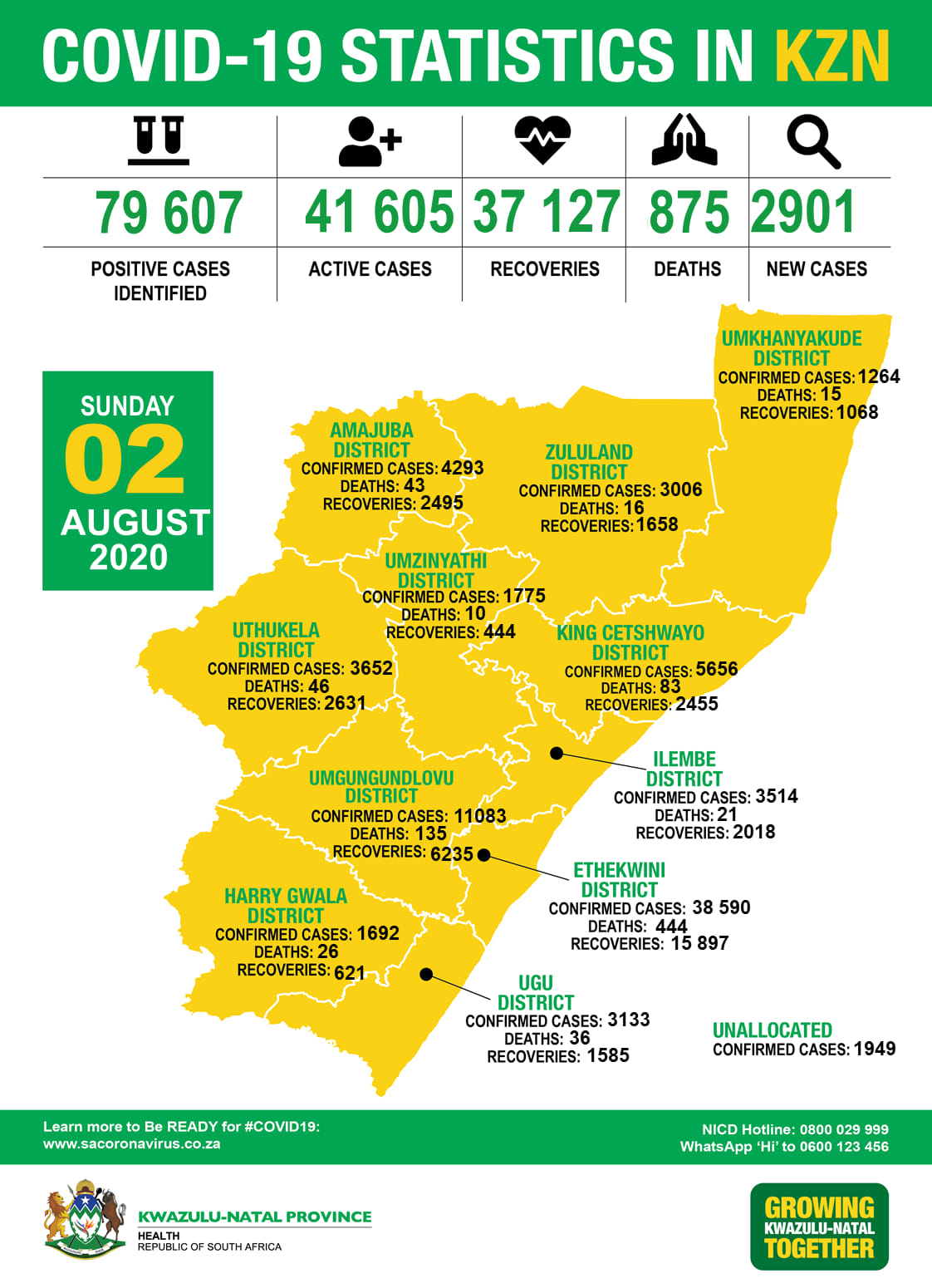 On Saturday, South Africa’s cumulative number of Covid-19 cases surpassed half a million. There were 152,676 active cases out of the cumulative total of 503,290. More than three million tests have been conducted and 8,153 people have died. The case fatality rate is 1.6%.More than 340,000 people have recovered, making the recovery rate 68%.

South Africa is fifth in the world for the highest amount of cumulative Covid-19 cases, but 36th in terms of the highest number of deaths as a proportion of the population.

President Cyril Ramaphosa released a statement on the figures, saying the government believes the lockdown “succeeded” in delaying the spread of the virus “by more than two months” and prevented a “sudden and uncontrollable increase” in infections in late March.

He acknowledged that some healthcare facilities were more prepared or able to deal with a surge in cases than others. He said help is being sent their way. He said the focus is now on rolling out new ventilators, distributing more personal protective equipment, empowering law enforcement to investigate allegations of corruption and encouraging individuals to change their actions to prevent the spread of the virus.

Meanwhile, the revised 2020 school calendar was published by the Department of Basic Education. Schools will resume on 24 August and teaching, learning and assessment will come to an end on 15 December for grades R to 11. There will be a one-week break from 26 to 30 October.

Grade 12 exams will end by 15 December, with marking finished by 22 January 2021 and results released on 23 February.

The new school year will start on 25 January 2021 for teachers, and a few days later for learners.

On Saturday morning, hundreds of people marched to the Gauteng legislature. The protest was made up of civil society organisations, from the Casual Workers Advice Office to the C19 Coalition, and protesters were divided into groups to ensure physical distancing, while marshals sanitised people’s hands. As Zoe Postman writes, the protest highlighted the government’s failures in its response to Covid-19. DM/MC

To bee or not to bee: South African beekeepers face tough odds