Hundreds protest in JHB against government’s response to Covid-19 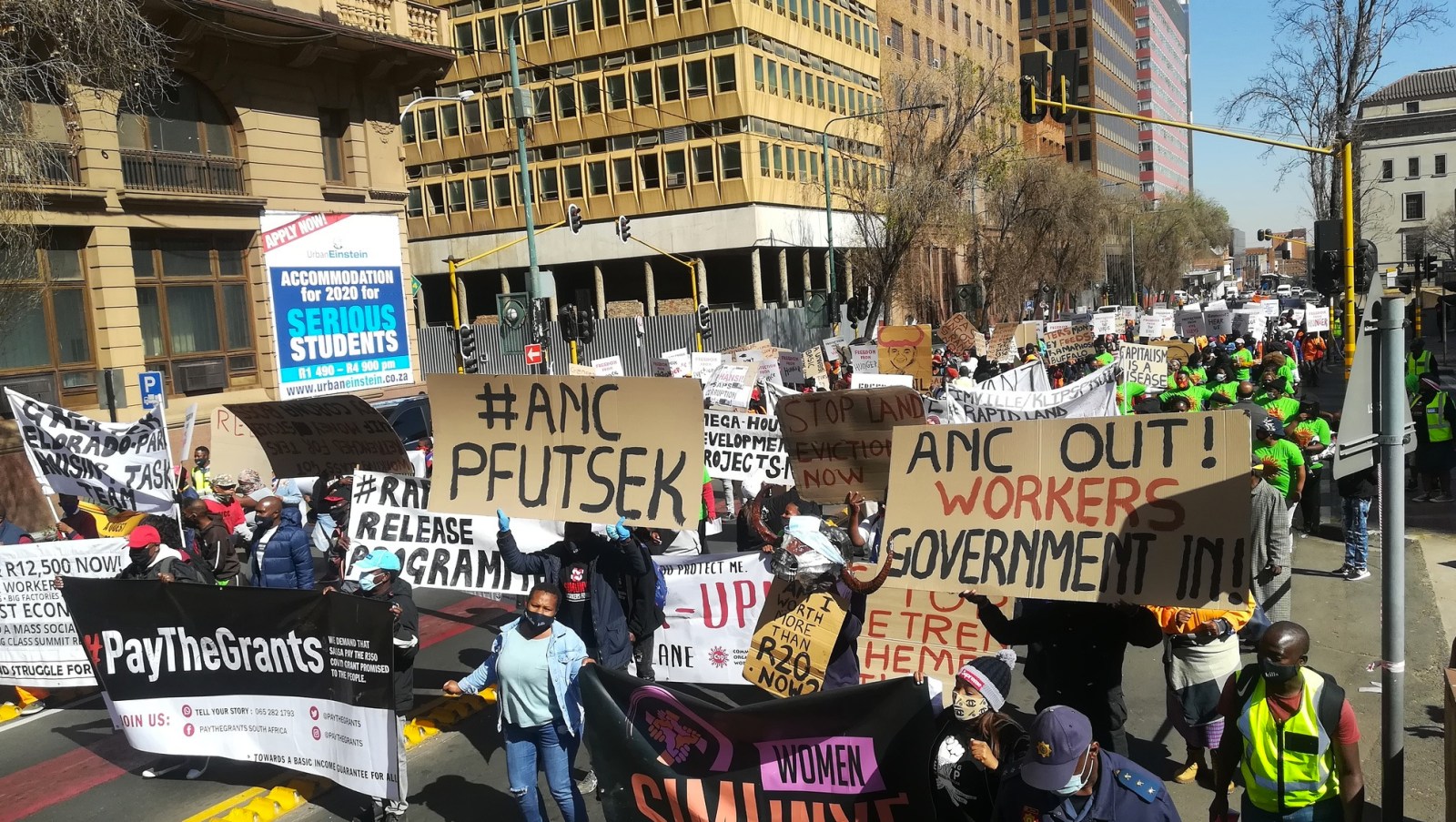 Hundreds of people marched through the streets of Central Johannesburg to the Gauteng Legislature on Saturday morning. The protest highlighted government’s failures in response to Covid-19.

The protest was divided into groups to ensure physical distancing and marshalls were sanitising people’s hands as they protested. Some people were holding signs which read: “Freedom from hunger”, “Decongest informal settlements and backyards for social distancing” and “government we demand you hear us”.

The protesters said the ANC government had failed to protect and support poor people during the Covid-19 lockdown which had resulted in hunger, job losses and evictions.

“The UIF TERS and other social grants have been a failure. Food distribution never happened. Their schemes and promises have only opened up avenues for corruption by the ANC and its supporters, including big business,” read a statement released by the Casual Workers Advice Office.

Executive Mukwevho, from the EPWP Gauteng Workers Forum, said they were protesting because many workers had been fired or retrenched during the lockdown.

“The government asked us to adhere to lockdown regulations and stay at home. They said they would give us R350 grants and food parcels so we stayed at home. But two weeks later, none of this happened and we were left hungry,” he said addressing the crowd at the Gauteng Legislature.

He said food parcels were given to ANC members and many workers were denied the UIF TERS money as well as the social relief grant of R350.

Keith Duarte, from Gauteng Housing Crisis Committee, told GroundUp that pockets of land called the “Southern Farms” had been identified for housing in Eldorado Park in 2014.

But he said no one had received housing yet despite being on the waiting list for many years. “This is what this government is doing … They come to pacify us and have meetings with leaders before us where they make these promises [of housing],” he said.

The Eldorado Park community has realised that they cannot fight their battles in isolation so they decided to join the Gauteng Housing Crisis Committee which consists of about 22 communities, he said.

“We want to take ownership of the Southern Farms so we can build and have houses,” said Duarte.

Duarte said corruption in the ANC government was the reason why many people had been on the housing list for so long but had not received houses.

Magdalein Kock, a resident of Eldorado Park, said that physical distancing had been extremely difficult when staying in a backyard with about 40 people.

She lives in a shack with eight other people. There are four shacks in one yard. Kock had been on the housing waiting list in Gauteng for over 11 years, she said. DM