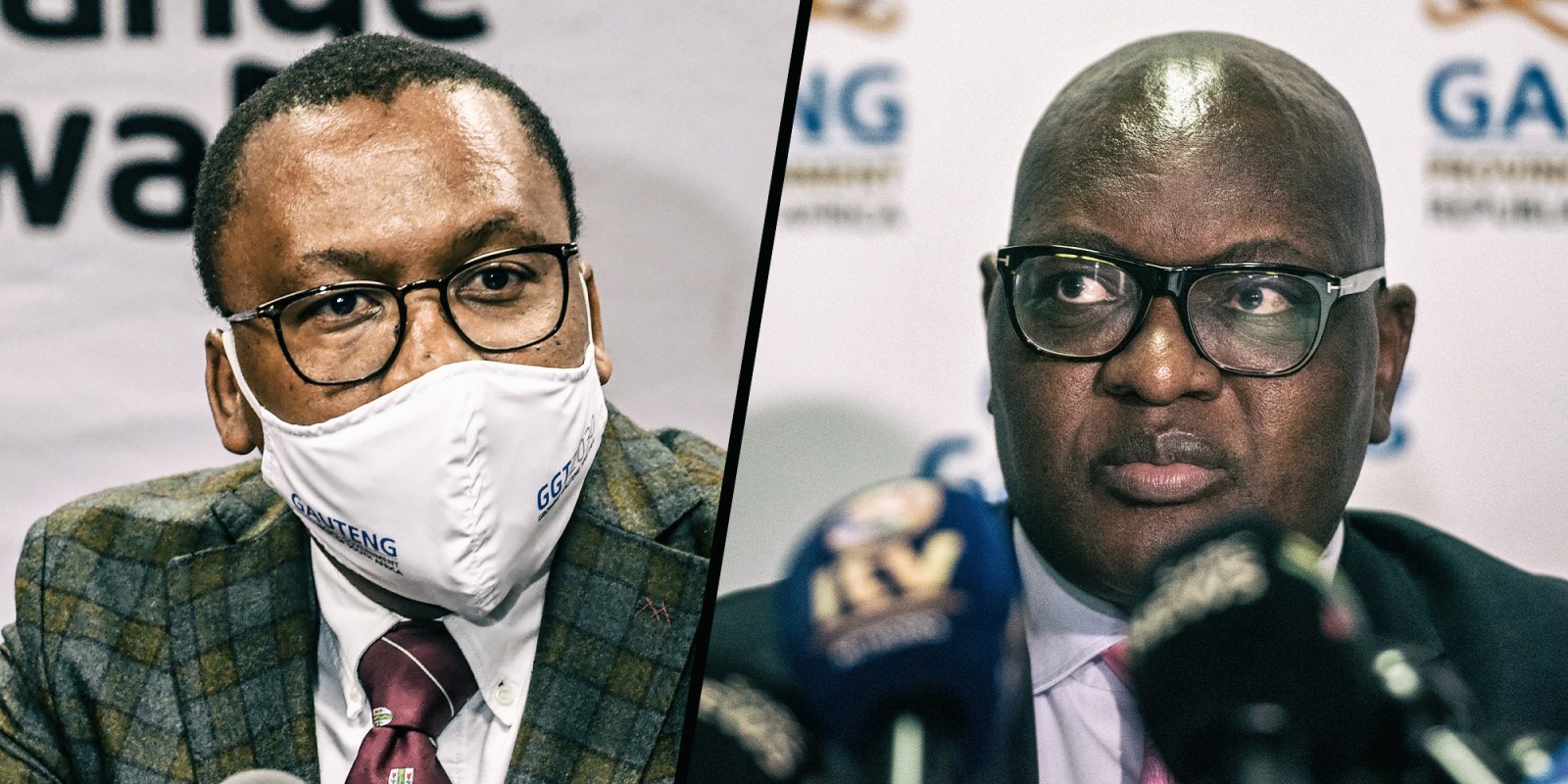 A disappointed and despondent David Makhura, Gauteng Premier, announced on Thursday 30 July that Health MEC Bandile Masuku would have to take a leave of absence for a month following corruption claims that have struck the Gauteng Health Department.

Gauteng Transport MEC Jacob Mamabolo will act as Health MEC for the next four weeks as the Special Investigating Unit (SIU) leads an investigation into the procurement of personal protective equipment (PPE) in the Gauteng Department of Health.

This comes after the Gauteng MEC for Health, Bandile Masuku was placed on leave following corruption allegations against him and his wife, Loyiso, who is the City of Johannesburg Shared Services MMC.

The couple is allegedly linked to an irregular R125-million contract awarded to King Madzikane II Thandisizwe Diko’s company Royal Bhaca Projects, according to the Sunday Independent.

As Loyiso, who has also been asked to “step aside”, and Thandisizwe Diko’s wife Khusela Diko, the president’s spokesperson, are allegedly friends, questions were raised around their personal relationship which could have played a role in the awarding of the tender.

The Sunday Independent further reported that Diko’s company was also only registered in January 2019 and had no track record.

“My heart is sore that MEC Masuku, who was leading the fight on Covid-19, is facing these allegations, but we can’t close our eyes and I can’t ignore these allegations,” Makhura said at a media briefing on Thursday 30 July 2020.

Because of her husband’s involvement, President Cyril Ramaphosa’s spokesperson Khusela Diko has also taken leave after questions were raised regarding Royal Bhaca Projects being among the beneficiaries of the government’s multibillion-rand Covid-19 PPE contracts.

Makhura told media that it was Masuku who requested the Gauteng Audit Services (GAS) to do an audit of PPE procurement which led to an internal audit being conducted in May 2020.

Red flags were raised regarding the lack of compliance with regulations, according to the premier, and GAS then recommended a thorough probe which could only be dealt with through a proper forensic investigation.

The SIU is now investigating 102 companies, including Diko’s husband’s company, who were awarded contracts by the health department to provide PPE. But Makhura stated that this does mean that “all these companies are illegitimate or did not deliver”.

Makhura refused to comment on the companies now being investigated, particularly Royal Bhaca Projects, saying: “I am premier, not a gossiper so we must allow the investigation to happen… but the real story will come out.”

In a statement on 26 July 2020, Masuku denied any and all allegations made against him, saying that as a member of the executive council, he was not involved in, nor did he influence the department’s procurement processes.

“Throughout my career, I have always acted with the utmost integrity and conviction. I strongly refute any suggestion that Covid-19 procurement is being used as a means to raise funds ahead of ANC conferences,” Masuku said.

For the time being, PPE purchase orders of R1-billion have been stopped and some are being cancelled. This could be an issue as Gauteng is currently the epicentre of the outbreak, with over 168,000 confirmed cases. And with the peak infection rate for Gauteng expected to be reached around late August or early September 2020, this could make matters worse.

Makhura said that these allegations have eroded public confidence as the province is preparing for the peak.

Makhura added that these allegations also serve to “distract” people on what is really important, which is containing the spread of the virus and saving lives.

“The battle in our hands is to save lives because we are now preparing for the peak and these allegations are sidetracking us,” Makhura said. DM