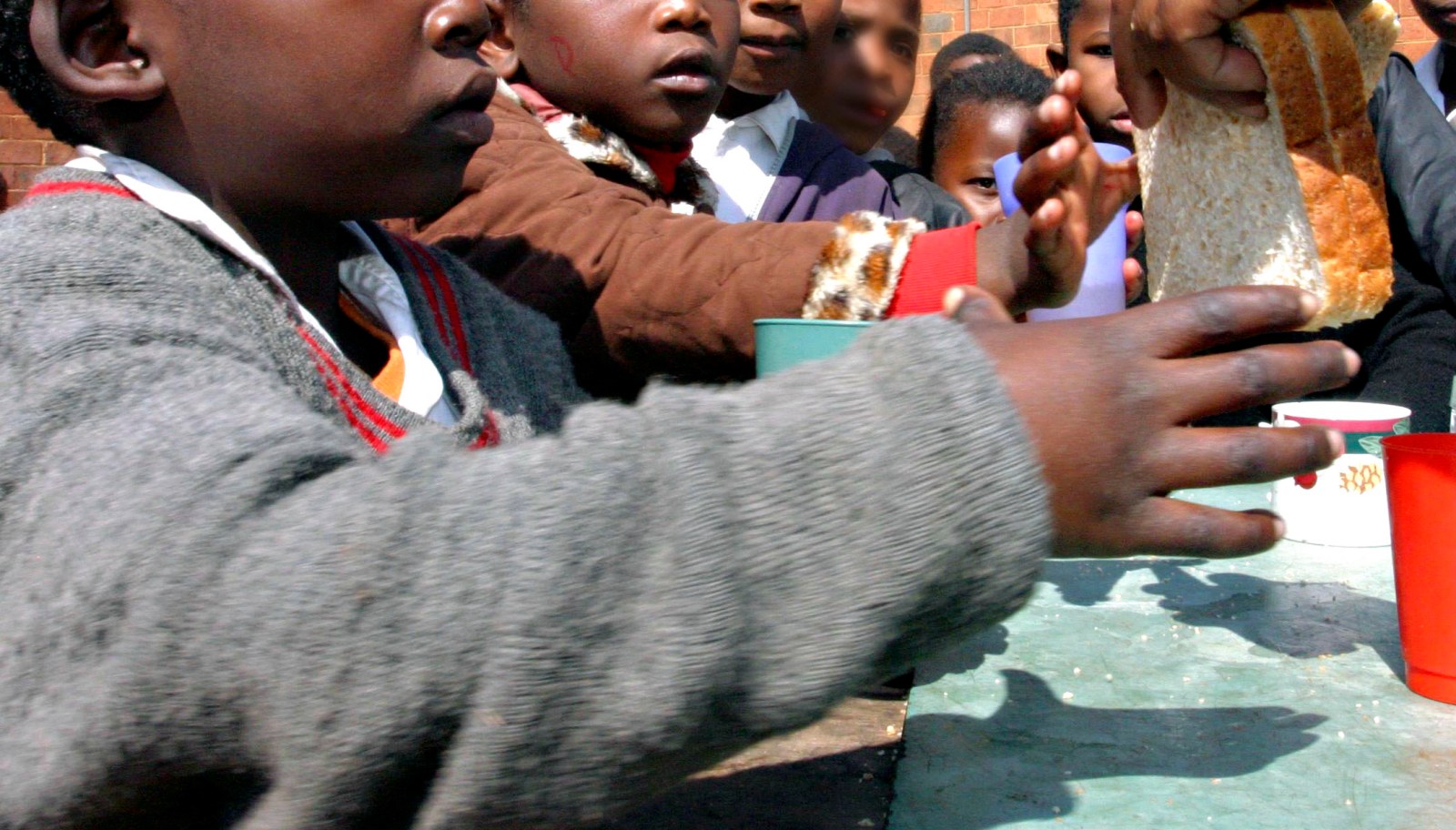 The chaos that became the National School Nutrition Programme was completely avoidable had there been timely and effective communication between various levels of the Department of Basic Education and schools, say the writers.(Photo: Dudu Zitha / Gallo Images)

What was most striking was the Department of Basic Education’s continued insistence that meals for all qualifying 11 million learners were continuing. The National School Nutrition Programme school surveys conducted by SECTION27 and Equal Education on 23 June 2020, however, provided evidence to the contrary.

Challenges with the rollout of the National School Nutrition Programme (NSNP) during the Covid-19 lockdown have been unsettling. Those at the coalface, educators and principals, bore witness to the suffering of hungry learners both in classrooms, and in their community. The efforts of principals and educators in trying to salvage the situation, with limited resources and with little support, deserve recognition.

The court victory for the NSNP is as much their victory as it is a victory for learners to eat and exercise their right to education. Principals, educators and school governing board (SGB) members, dared to speak up on behalf of their learners, despite fears of intimidation by their superiors.

On 23 July 2020, President Cyril Ramaphosa announced the closure again of public schools for a month effective from 27 July to 24 August 2020. Throughout this period, he stressed that the NSNP will continue to provide meals to all qualifying learners.

This, according to the Department of Basic Education (DBE) comes after multiple consultations with unions, educators and civil society organisations. SECTION27, Equal Education and the Equal Education Law Centre are particularly concerned about the DBE’s ability to fulfil the commitment the President has made in light of the recent court action the organisations were forced to institute against the national and provincial departments of education.

On 2 July 2020, SECTION27 and the Equal Education Law Centre represented Equal Education and others in a court challenge against the DBE for its failure to reinstate the NSNP for all eligible learners. The case followed a decision by the department that only Grade 7 and 12 learners, who would physically return to classes, will get a meal as part of the NSNP.

This decision effectively excluded 9 million learners from a daily meal at schools.

In their arguments submitted to the Pretoria High Court, the applicants (EE and others), argued that it is the department’s constitutional obligation to immediately and fully reinstate the NSNP for the benefit of all eligible learners.

This abrupt suspension of the NSNP has impacted not only the health and education of learners, but had devastating effects on entire families. With rising unemployment and loss of income due to the nationwide lockdown, many families could not buy food.

Representing the applicants, Advocate Tembeka Ngcukaitobi, told the court: “Nothing is more undignified than starvation, particularly the starvation of a child. Dignity plays a very important residual role in informing the content of the right to basic education.”

Handing down her judgement, Judge Sulet Potterill granted the applicants their declaratory order and a supervisory interdict, compelling Basic Education Minister Angie Motshekga and the education MECs to file detailed plans for the resumption of the NSNP to all eligible learners within 10 days. Thereafter, the Minister and MECs must submit updates to the court every 15 days to prove they are implementing their plans to feed all learners.

What was most striking was the department’s continued insistence that meals for all qualifying 11 million learners were continuing. Director-General of the DBE Mathanzima Mweli initially suggested that the court intervention was unnecessary and insisted that the feeding of learners of all Grades was taking place as of 22 June 2020.

The NSNP school surveys conducted by SECTION27 and Equal Education on 23 June 2020, however, provided evidence to the contrary.

Forty-five schools in Limpopo that SECTION27 and EE contacted indicated they received no notice to provide food to all learners. In all 45 schools, the NSNP was only feeding Grades 12 and 7. In Kwa-Zulu-Natal, only five out of nine schools contacted started feeding learners in all Grades. It is unfortunate that the DBE tried to convince the court that the NSNP was running smoothly while millions of learners were going hungry because they had one less meal to rely on.

The evidence from the school monitoring carried out on 23 June 2020 painted a grim picture of learners subjected to hunger, and educators and principals left to make sense of contradicting and chaotic communications from the DBE on the NSNP.

Some educators and principals told SECTION27 they had to buy more food with their own money so that learners would not go hungry. One principal explained how he had to cut up fruits so that everyone could have some.

There were similar distressing accounts from many schools.

One principal, when asked if he knew that the NSNP would kick off on 23 June 2020 and that they will have to provide a meal to all learners, said: “How can the department say that all learners must come to take food when there isn’t even enough food for those who are attending. Where do they expect the food to come from?”

In one case, the principal of a school in Limpopo was forced to send learners home early, knowing that the majority of his learners would face hunger at home. In a similar account, one principal mentioned that on several occasions, he would use his own money to buy food to leave at the homes of some of his learners because he knew how dire their situations are.

Many principals bemoaned a lack of clear communication from the department. One principal expressed her frustration. “The DBE can’t just announce in the media that all learners must come to receive their daily school meals. When the learners show up, what will they eat?” The principal said she could not tell suppliers to bring more food, because they act on instruction of the department.

Many principals also noted that they relied on the media to hear about the DBE’s revised plans and guidelines around the Covid-19 crisis. Circuit managers would eventually relay communications from the department; often weeks after the minister had made an announcement.

Circuit managers visit individual schools and note the challenges in each school to report to the district which is either able to resolve issues or escalate issues to the provincial department. Many principals have become disillusioned with this process and claim it is only a box-ticking exercise.

The department unashamedly denied that millions of learners were not getting school meals. Sally Burdett interviewed DBE spokesperson Elijah Mhlanga on eNCA the evening of the NSNP hearing and he told viewers that the department is feeding all learners in all provinces. The department occasionally tried to use the Covid-19 health crisis as an excuse for not fulfilling the NSNP, stating at a press briefing on 1 June 2020, that they needed to “acclimatise to the situation”. Problems with logistics and suppliers was another excuse the DBE’s legal representative, Advocate Marius Oosthuizen referred to in court.

The supervisory order will enable Equal Education to monitor the rollout of the NSNP to all learners and help to redirect the responsibility for the NSNP to its rightful custodian – the DBE.

The chaos that became the NSNP was completely avoidable had there been timely and effective communication between various levels of the DBE and schools. Our country’s principals and educators additionally require support while they work on the frontline during this extraordinary time.

SECTION27 and Equal Education will continue to monitor the school feeding programme. DM/MC

Boitumelo Masipa is a communications officer and Kholofelo Mphahlele is a legal assistant at SECTION27.