In Pictures: What a difference a minister’s visit can make to a shambolic Eastern Cape hospital 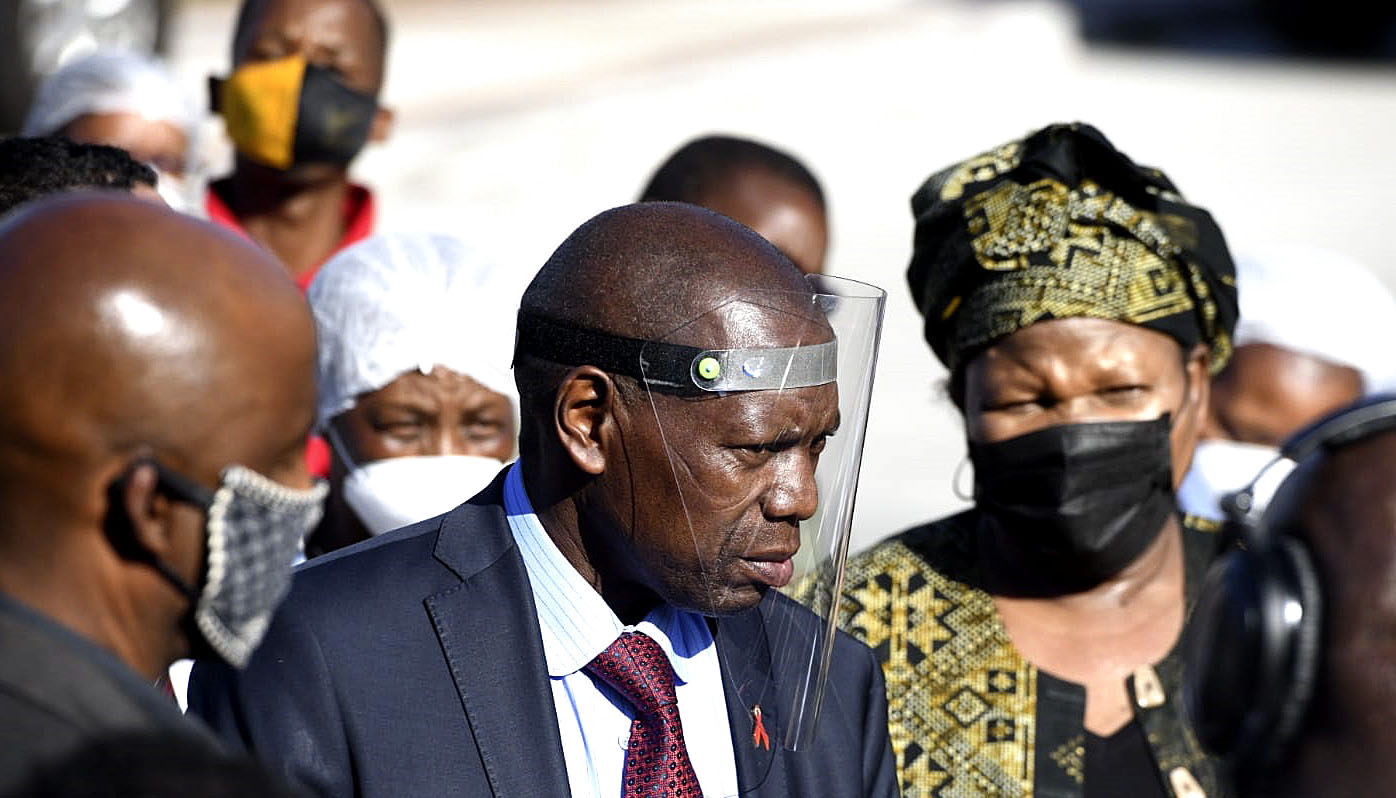 Following reports of unhygienic conditions at hospitals in Port Elizabeth, Minister of Health Dr Zweli Mkhize visited  Livingstone Hospital on Wednesday. These striking pictures show the situation at the hospital before and after his visit.

From Parliament to Bisho and Port Elizabeth, from scooters to filthy hospitals – Eastern Cape health authorities have been in the firing line in the past few weeks over the state of healthcare in the province and its lack of readiness to deal with the expected surge in C0vid-19 cases.

Mkhize, among others, gave clear instructions to hospital management to fix glaring issues of hygiene and waste. During a tour of the hospital, Mkhize at times stopped to point out issues of disrepair. At one point he wanted to know why a leaking sewage pipe had not been fixed. He also stopped at the drain where, according to media reports, rats had been feeding on blood seeping into the drain.

Health authorities have since denied that it was blood.

The service manager at Livingstone Hospital, Bulelwa Qwasha, told Mkhize that the drain was outside the kitchen area and on the day in question beetroot was being prepared in the kitchen and ended up in the clogged drain. Some staff members using the area to smoke in saw the red liquid and took pictures, she explained.

During an earlier briefing Mkhize had had with hospital management, provincial health management, civil society organisations and journalists, Gomba said food waste was a big problem. She punted the idea of food gobbler equipment to liquidise discarded food in order to flush it away.

Mkhize wanted to know when the drain would be fixed. According to hospital management it was to be repaired by the following week. The minister asked why a week was required to do the repair work.

Earlier during his briefing with hospital management, provincial health management, civil society organisations and journalists, Mkhize said management should not be bogged down by lengthy bureaucratic processes for appointing staff or fixing issues.

He stressed how critical hygiene was in health facilities.

“What we are facing are real practical challenges and these are things which we would like you to solve as quickly as possible. The first is the question of who is in charge of which institution. Let’s solve that problem. Someone must take charge. Someone must take responsibility,” he said.

Recruitment for a new CEO for Livingstone Hospital was underway, Gomba said during the briefing. Dr Mthandeki Xamlashe, head of medical service in the province, will act as CEO until an appointment is made.

“Quality of care starts with cleanliness,” Mkhize said. “We are going to start looking at the waste management sites. We are going to go straight to where it hurts. Anyone who walks into a hospital that is dirty gets even sicker than they were before they got in. It’s a simple, basic issue. We need to focus on that. It’s a question of how the hospital is being managed.”

Gomba said a cleaning company was already on site to take care of waste and cleaning.

These pictures show Livingstone Hospital’s unhygienic waste piles last week, before Mkhize’s visit, and finally the much-improved situation by the time of his visit on Wednesday, 22 July 2020. Save for a few repair issues, when Mkhize visited Livingstone Hospital on Wednesday, there were clear signs of improvement. Waste was sorted and stacked for collection and hospital floors were much cleaner.