Carnage in the restaurant industry: ‘No happy end in sight for us’ 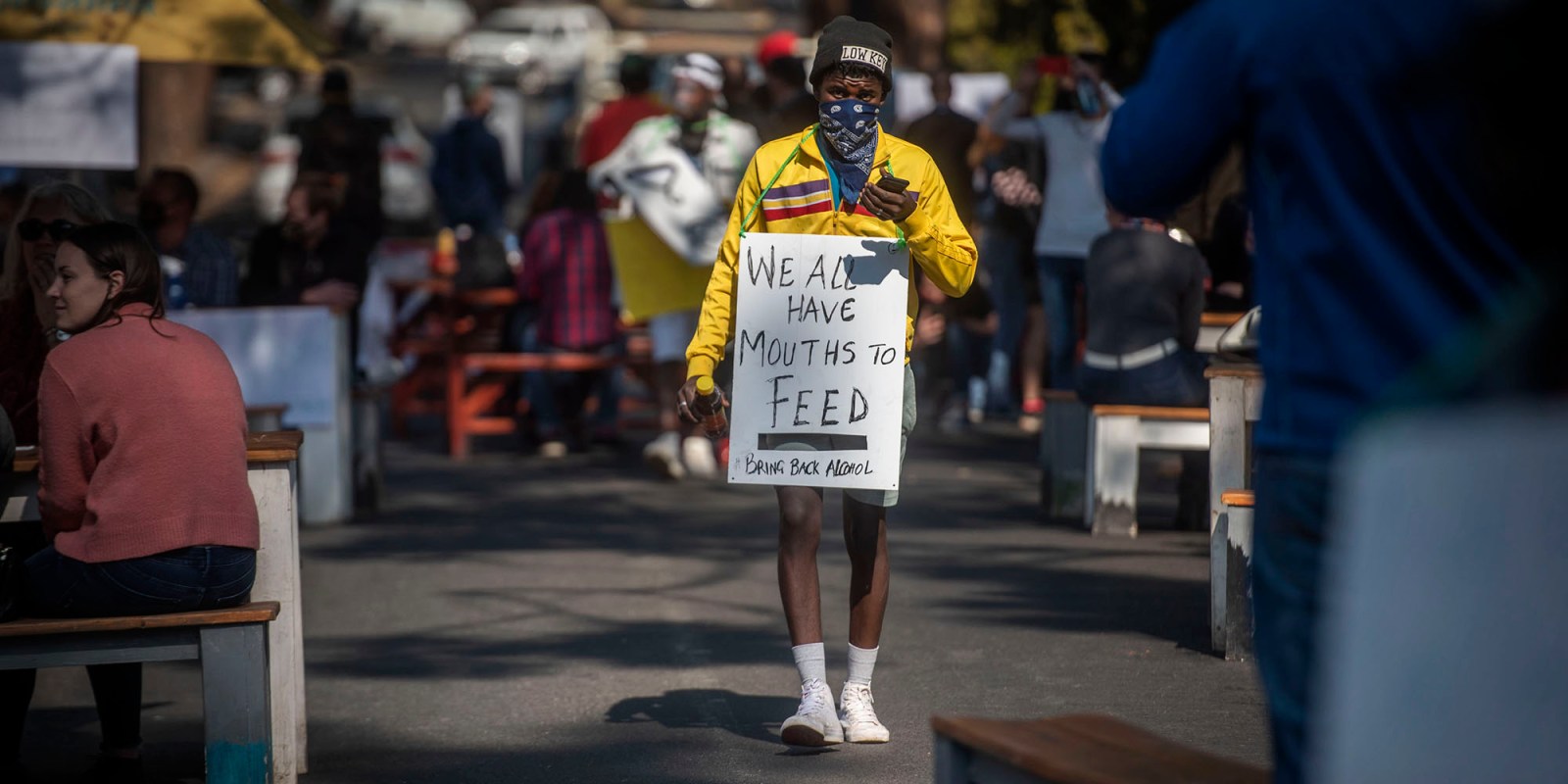 Restaurant owners and staff carried tables and chairs into the streets on 22 July in Centurion, Gauteng, as part of a peaceful nationwide protest against lockdown regulations and to highlight the plight of the industry. (Photo: Gallo Images / Alet Pretorius)

A new report shows that 15,772 restaurants across South Africa have permanently closed their doors because of government regulations in response to Covid-19.

When President Cyril Ramaphosa announced on 12 July that alcohol sales would be immediately banned and that the curfew was back (from 9pm to  4am), the founder and CEO of the Rockets Group, Sean Barber, was placed in an unfortunate position.

The Rockets Group, comprising 12 establishments across South Africa, was forced to temporarily close one of its biggest restaurants, Rockets Bryanston, on 16 July, as this branch generates most of its revenue through the sale of alcohol.

“There is no happy end in sight for us. We were all waiting for the lockdown to end as a group of restaurateurs across the country thinking we would just be two to four weeks behind what was happening in Europe and the rest of the world,” Barber said in a webinar hosted by Covid Business Rescue Assistance (Cobra) on Thursday 23 July.

“Those governments trust their restaurants enough to be responsible enough to provide a safe environment to serve food and beverages, but that’s obviously not what our government thought of us.”

Barber was not the only one to suffer the consequences of Ramaphosa’s abrupt announcement.

On Wednesday 22 July, restaurateurs across the country participated in a  #JobsSavesLives protest organised by the Restaurant Association of South Africa (RASA), which CEO Wendy Alberts says highlighted how the industry contributed to the South African economy:

Alberts said, according to their data, beyond the 15,772 restaurants that had closed their doors, 70% of staff in the industry have been permanently retrenched.

“If this is the state we are currently in, we are in a far worse position than what we had anticipated,” Alberts added.

Following the peaceful protest on Wednesday, Ramaphosa responded to a letter written by RASA, the National Liquor Traders Council, Liquor Traders Association of South Africa, and Business Leadership South Africa on Tuesday 21 July requesting a meeting regarding the alcohol ban.

“The president acknowledged our proposal where we put a very feasible proposal out to lift the liquor ban not only for restaurants but on a national basis, and said that we need to have consultation and engagement to unpack that proposal. They did acknowledge the urgency,” Alberts said.

Alberts believes that the government’s decision to ban alcohol sales because, it said, alcohol-related traumas were overburdening the public health system, is not fair on the restaurant industry as restaurants do “know how to serve alcohol”.

“You can’t be in charge of the health industry and you are not also consulting the restaurants and making decisions on behalf of us,” Alberts said.

“We were already basically white-knuckling through those first three months of the lockdown, then to only be faced with the poisoned chalice of ‘you can open but you cannot serve alcohol’.

“There have been some landlords who have been amazing, but others where they expect tenants to pay full rentals and utilities, which isn’t fair,” Alberts said.

“Restaurants and businesses could sustain themselves if they didn’t have these massive leases and big rentals.”

Landlords, however, are also in a precarious position – they have to decide between releasing tenants who can’t pay their rent and having an empty property.

And fear of contracting the virus has led to consumer confidence dropping.

“Has people’s desire to go out changed? 100% it has,” Barber said. “The fallback and fallout of people wanting to go to restaurants is huge, but we hope that it will lessen as the hysteria around Covid-19 dissipates slightly.” DM