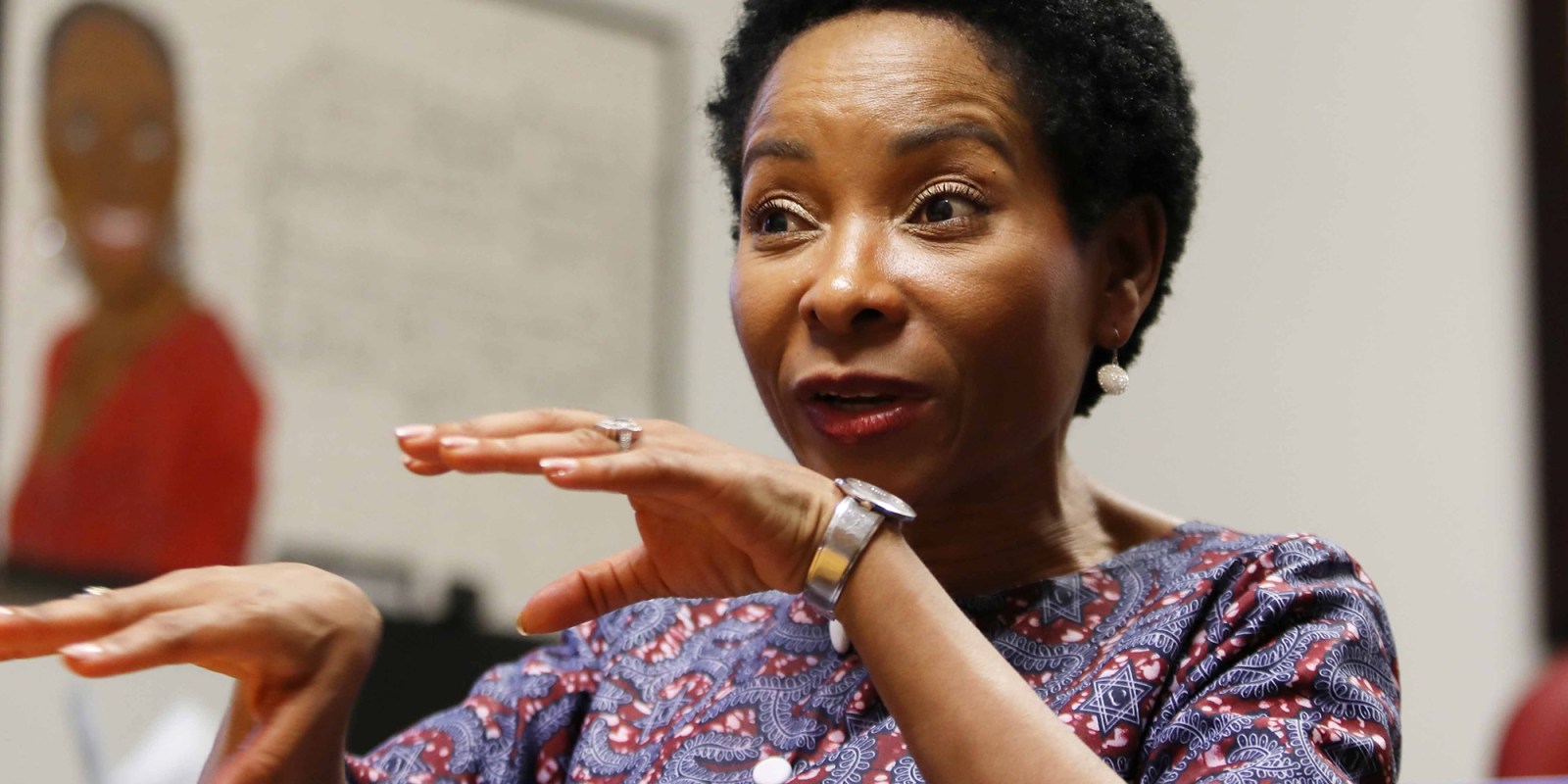 Babalwa Ngonyama praised embattled Vice-Chancellor Mamokgethi Phakeng for leading the institution ‘with a clear vision’, adding she had taken the office ‘at a time of great change’.

Newly elected UCT Council chair Babalwa Ngonyama has set the tone and vision at the start of her tenure in a statement which comes in the aftermath of a painful controversy involving Vice-Chancellor Mamokgethi Phakeng and UCT Ombud Zetu Makamandela-Mguqulwa.

Addressing the UCT Community in a 21 July statement, Ngonyama said that as chair of the council she would protect the integrity of the university’s governance processes “without fear or favour”.

Ngonyama said that the council respected the independence of the Office of the Ombud but that her 2019 report had revealed “concerns pertaining to institutional culture challenges, notably around the issue of bullying”.

“Dedicated attention,” said Ngonyama, would be paid to “all the matters raised in the report” adding that as chair, she had engaged with Makamandela-Mguqulwa.

“We committed to work together to move the university forward in a unified way, especially around enhancing the university’s governance and institutional culture,” said Ngonyama.

The new council chair praised embattled VC Phakeng for leading the institution “with a clear vision”, adding she had taken the office “at a time of great change”.

In the year of her appointment, many senior staff members had left the university and of the eight vacant deanship positions, only two had been filled, said Ngonyama.

“Sadly, one of the deans, Professor Bongani Mayosi, passed away tragically within 27 days of the new VC’s appointment.”

Phakeng, she said, had “skilfully steered the institution to more stability particularly in terms of student unrest. In her efforts she foregrounded transformation, while prioritising excellence”.

Ngonyama, elected as council chair on 1 July, is no stranger to UCT, having served as a council member for four years and as chair of the Finance Committee.

Over the years, she said, “I have come to know and understand the institution well.”

A task that the new council would be undertaking was to “explore best approaches to rebuilding the relationship between the Office of the Vice-Chancellor and the Office of the Ombud, ensuring mutual respect for both offices”.

The new council that Ngonyama chairs was left to deal with the hot potato of the UCT ombud’s report which accused Phakeng of being a bully and an authoritarian after the outgoing chair, Sipho Pityana, vacillated in trying to navigate the storm that had hit UCT’s executive.

Ngonyama said the council was “pleased” with the commitment pledged by members of the executive team, including the VC, “to work together, as a team, in the best interests of the university”.

Ngonyama’s statement comes after months of tension and unhappiness and when Makamandela-Mguqulwa made her explosive report public. The report differed from previous versions in that the ombud herself complained about her own treatment by the VC.

There were, said Ngonyama, critical issues “presently receiving much media attention. This reflects that there must have been some oversight in our leadership or in the roles of many functionaries within the university.”

These matters are not only related to the governance of UCT but also to the institutional culture of the university.

The Report of UCT’s Institutional Reconciliation and Transformation Commission (IRTC), the Report of the Professor Mayosi Panel and the 2019 Report of the Ombud had all highlighted issues and made recommendations that would be addressed, said Ngonyama.

The manner in which Makamandela-Mguqulwa had released the report was “regrettable” and it was agreed that appropriate mechanisms would be put in place to deal with complaints and allegations made to the ombud.

A task that the new council would be undertaking was to “explore best approaches to rebuilding the relationship between the Office of the Vice-Chancellor and the Office of the Ombud, ensuring mutual respect for both offices”.

The council had agreed, said Ngonyama, to keep the ombud informed of the outcomes of steps that would be taken in response to the 2019 report.

While the council welcomed transparency, however, the leaking of confidential documents to the media not only compromised the ability of the council to do its work “but also damages the university”, said Ngonyama, referring to documents which showed that there had been concerns about Phakeng’s leadership style prior to her appointment as VC. DM