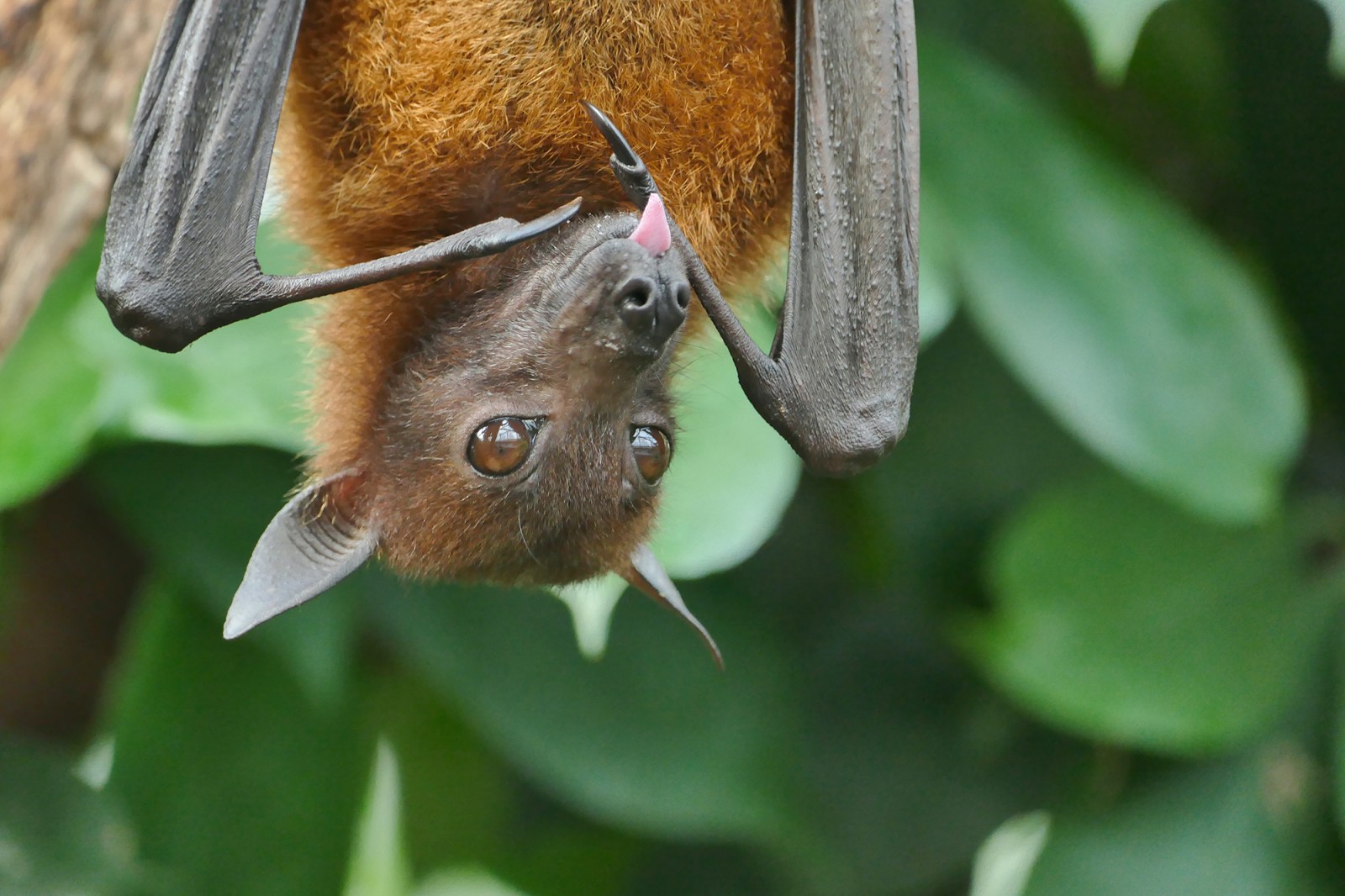 Photo by Peter Neumann on Unsplash

Among mammals, bats are particularly well-known for exceptional adaptations to their environment: These features include their noteworthy longevity for such small species, their ability to navigate night through sound and their advanced capacity for sensory perception.

Bats are also established carriers of various strains of coronavirus – but they don’t seem to get sick. Why?

Now we may have new insights into bat immune systems and how humanity could, in fact, benefit from these often-derided flying mammals, according to a new study published on Wednesday, 22 July 2020.

Reporting “high-quality” bat genomes in the journal Nature, a global research consortium, including the Max Planck Institute, has highlighted molecular mechanisms that “may have contributed to bats’ exceptional immunity… to viral infections”.

“For the first time, the raw genetic material that codes for bats’ unique adaptations and superpowers such as the ability to fly, to use sound to move effortlessly in complete darkness, to survive and tolerate deadly diseases, to resist ageing and cancer has been fully revealed, and published,” the Institute said in a statement.

The researchers have found not only evidence of how bats select for (and lose) genes involved in immunity; but also how they may expand certain antiviral genes: In this case, APOBEC3 genes.

“Moreover, genomic integrations from diverse viruses reveals the historical tolerance of bats to viral infections,” according to the findings by the Bat1K consortium.

The consortium is a scientific collective “dedicated to sequencing the genomes of every one of the 1,421 living bat species”, the statement said.

“It has generated and analysed six highly accurate bat genomes that are 10 times more complete than any bat genome published to date, in order to uncover bats’ unique traits,” the statement added.

“These genomes are the tools needed to identify the genetic solutions evolved in bats that ultimately could be harnessed to alleviate human ageing and disease,” said Emma Teeling of University College Dublin, a lead institution on the study.

The bat equal to sequencing the human genome

The team also showed that bat genomes are a valuable time capsule, containing fossilised viruses as clues that their hosts survived past infections. These genomes also suggest outstanding diversity.

“Our genome scans revealed changes in hearing genes that may contribute to echolocation, which bats use to hunt and navigate in complete darkness. Furthermore, we found expansions of anti-viral genes, unique selection on immune genes and loss of genes involved in inflammation in bats,” said the Institute’s Michael Hiller, a senior author. “These changes may contribute to bats’ exceptional immunity and points to their tolerance of coronaviruses.”

The consortium said it harnessed leading technology to generate the genomes, in turn producing new ways of sequencing and identifying bat DNA.

“Using the latest DNA sequencing technologies and new computing methods for such data, we have 96-99% of each bat genome in chromosome level reconstructions – an unprecedented quality akin to, for example, the current human genome reference which is the result of over a decade of intensive ‘finishing’ efforts,” said senior author Eugene Myers, also of the Institute.

“As such, these bat genomes provide a superb foundation for experimentation and evolutionary studies of bats’ fascinating abilities and physiological properties,” he added.

Bats are related to pangolins

Among other results, the consortium’s analyses shed light on bats’ deep past by pinpointing their place on the evolutionary branch for mammals with placentas.

Previously, the question of where bats are located on the mammalian tree of life was unresolved.

Now the team has found the most compelling evidence yet that bats are closely related to the Ferreuungulata group. This comprises carnivores including dogs, cats and seals, as well as pangolins, whales and hoofed mammals. To arrive at these results, they compared bats against 42 other mammals and used comprehensive molecular data sets, among others.

The researchers recommended that the paper serve as a “rich resource for better understanding the genomic basis of the adaptations of bats”.

The study was submitted to Nature in October 2019 and was therefore not initially intended to investigate human responses to the Covid-19 pandemic, one among many coronavirus strains.

However, the consortium pointed out that their “genomes could aid studies of how bats tolerate coronavirus infections, which may, in the future, yield approaches to increase the human survivability of diseases such as Covid-19”.

Crucially, research such as this adds to the case for conserving these advanced flying laboratories for the remarkable evolutionary medical secrets they hold.

It also helps to signify a breather for bats, routinely associated with myriad viruses, including SARS-CoV-2, the virus that causes Covid-19.

In recent months, for instance, multiple papers have attributed the origins of SARS-CoV-2 to zoonotic transfer from an animal, possibly arising in bats and then spilling into a pangolin.

“This is just a beginning. The remaining [plus/minus] 1,400 living bat species exhibit an incredible diversity in ecology, longevity, sensory perception and immunology, and numerous questions still remain regarding the genomic basis of these spectacular features,” the statement said.

“Bat1K will answer these questions as more and more exquisite bat genomes are sequenced, further uncovering the genetic basis of bats’ rare and wonderful superpowers.” DM