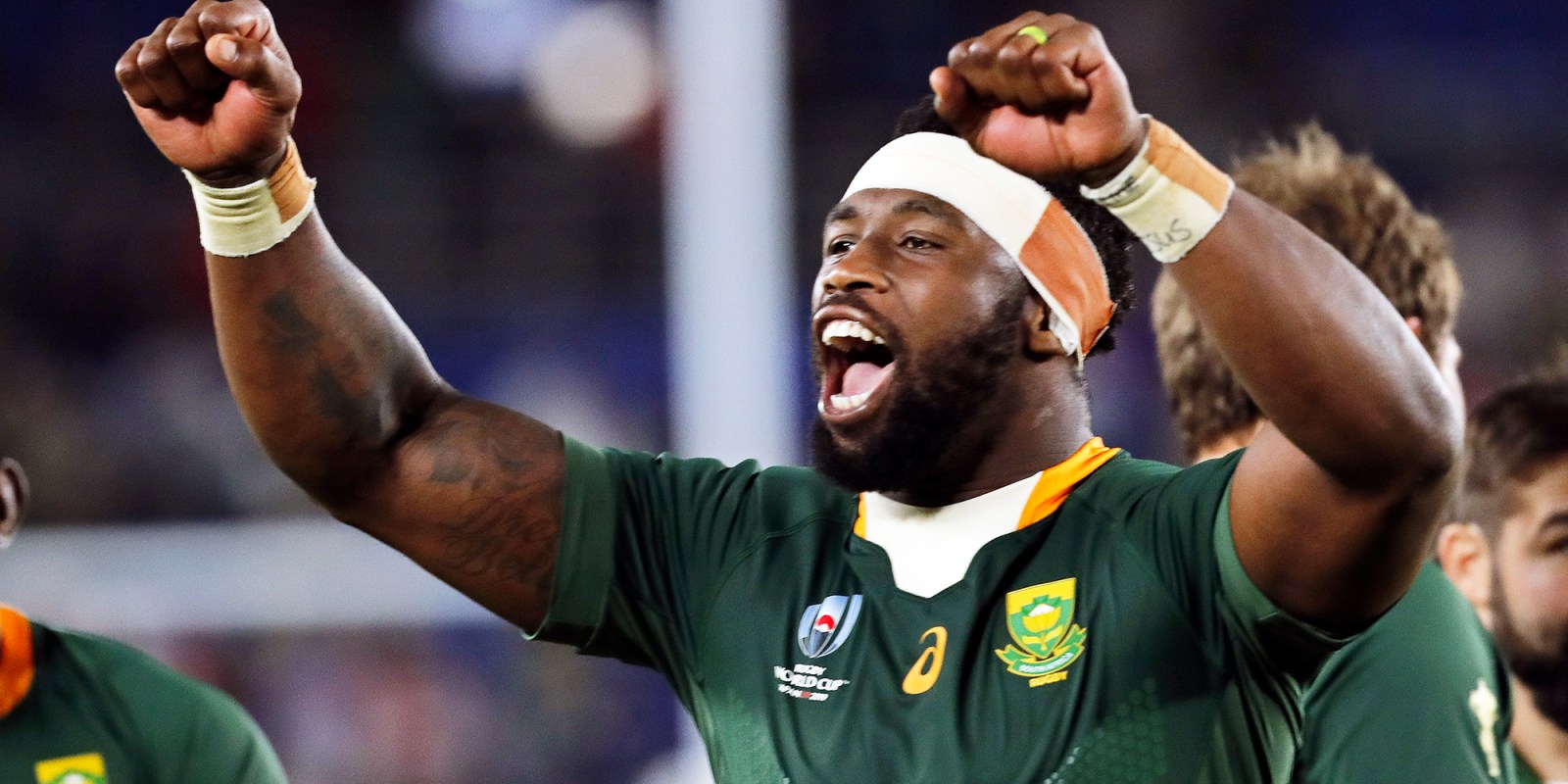 Springbok captain Siya Kolisi’s admission that he was made to feel like an outsider in his early years as a Test player has received support from SA Rugby headquarters.

Siya Kolisi, whose elevation to becoming the first black Springbok Test captain in 2018, to World Cup-winning captain in 2019, knows all about this struggle.

His story, from impoverished childhood to world champion and the game’s brightest superstar, has been well told. But it’s his other struggle – one that has and still is shared by many black sportspeople – that is not as well known.

Kolisi has also been treated as a second class citizen and, in his own words, “been made to feel stupid”.

But now he is no longer afraid to speak out about Black Lives Matter because he understands how important his voice is for those who can’t find theirs.

On 25 May, George Floyd, a black man, was killed by police in Minneapolis. The appalling incident was caught on camera as he begged police to show mercy because he could not breathe. They took no notice and he died beneath the weight of a white policeman’s knee on his neck. The murder sparked a wave of protests across the USA and the world under the Black Lives Matter (BLM) banner.

The rise of the BLM movement, which has gathered massive momentum in recent months, has given many sportspeople the courage to speak of their own experiences of being on the receiving end of overt or casual racism and marginalisation.

In South Africa, that awareness was started by Proteas fast bowler Lungi Ngidi. It has grown into a public truth commission of sorts, as sportspeople such as Makhaya Ntini and now Kolisi, gave disturbing testimony of their shared experiences.

Kolisi, who has always preached the language of inclusivity, revealed how he had to remain silent when he first came into the conservative Bok set-up, and how that affected his performances.

“When I first got into the Springbok environment, everything was done in Afrikaans,” said Kolisi in a video posted on Instagram. “I couldn’t understand it. The calls were done in Afrikaans and I had to try and translate from Afrikaans to English and then to Xhosa. I often reacted late (to the call) and I would feel stupid and embarrassed.

“Even though I was representing South Africa, my culture wasn’t there. I didn’t feel like I was valued enough. I was expected to be grateful to be there. I never complained and never asked a friend to explain things to me.

“I didn’t feel like I could have a conversation and raise my concerns. It was only in 2018, when coach Rassie Erasmus took charge and told us from the first day that we need to transform as a team, that things changed.

“He said we not only needed to transform in terms of (black) players in the team, but we had to transform the environment. People have to feel valued and every culture must be represented,” said Kolisi.

“That conversation changed the game for us as a team. We (black players) felt valued and felt a part of the team. We could sing and we could be ourselves. Being made captain meant a kid in the townships could look up to me and know that he or she could also be like that.

“If my suffering and my pain does not affect you, then we’re not actually stronger together. Black lives matter.

“I’ve failed as a leader because of being silent, but that’s over. I will speak, even if it is going to cost me my place. It doesn’t matter because the next generation can’t suffer like we did,” he said.

SA Rugby chief executive Jurie Roux said that Kolisi would not be silenced for his beliefs. Roux said the organisation understands that it has failed black players repeatedly over the years. He said it was the time to “listen and to hear” the painful BLM stories.

“Siya is his own man,” Roux told the media in an online briefing on Monday. “It’s through his own character and hard work that he’s got himself into the position he currently finds himself in.

“Siya has led us to a World Cup victory. It’s not my, or SA Rugby’s place, to dictate to him what he can or cannot say about an issue like Black Lives Matter. He’s shown enough leadership and commands enough respect to tell his own story.

“I, for one, would never tell him what to say. He must have his own opinion and he’s expressing that. I accept that he’ll have the support of many people, but he’ll also have detractors. However, that’s the dynamic in most instances.”

Roux said that SA Rugby had made strides in addressing the imbalances of the past, but admitted it was a long way from finished in terms of transformation – the type of transformation Kolisi spoke about. It’s not just about black player numbers, but about attitudes and environments that shape a transformation debate.

“But what we’re dealing with here – in terms of Black Lives Matter, farm murders, gender-based violence – transcends far beyond transformation and a transformation plan.

“We’re now dealing with what is, to me, respect for others; respect for cultural differences and respect for human life on a daily basis. We need to own up, in terms of the Black Lives Matter conversations in rugby, and not steer away from them.

“We need to let people tell their stories and, more importantly, we’ve got to listen to them and hear what they’re saying.

“We need to continue the dialogue and we need to figure it out together. And if we need to change things to do that, then absolutely,” said Roux. DM