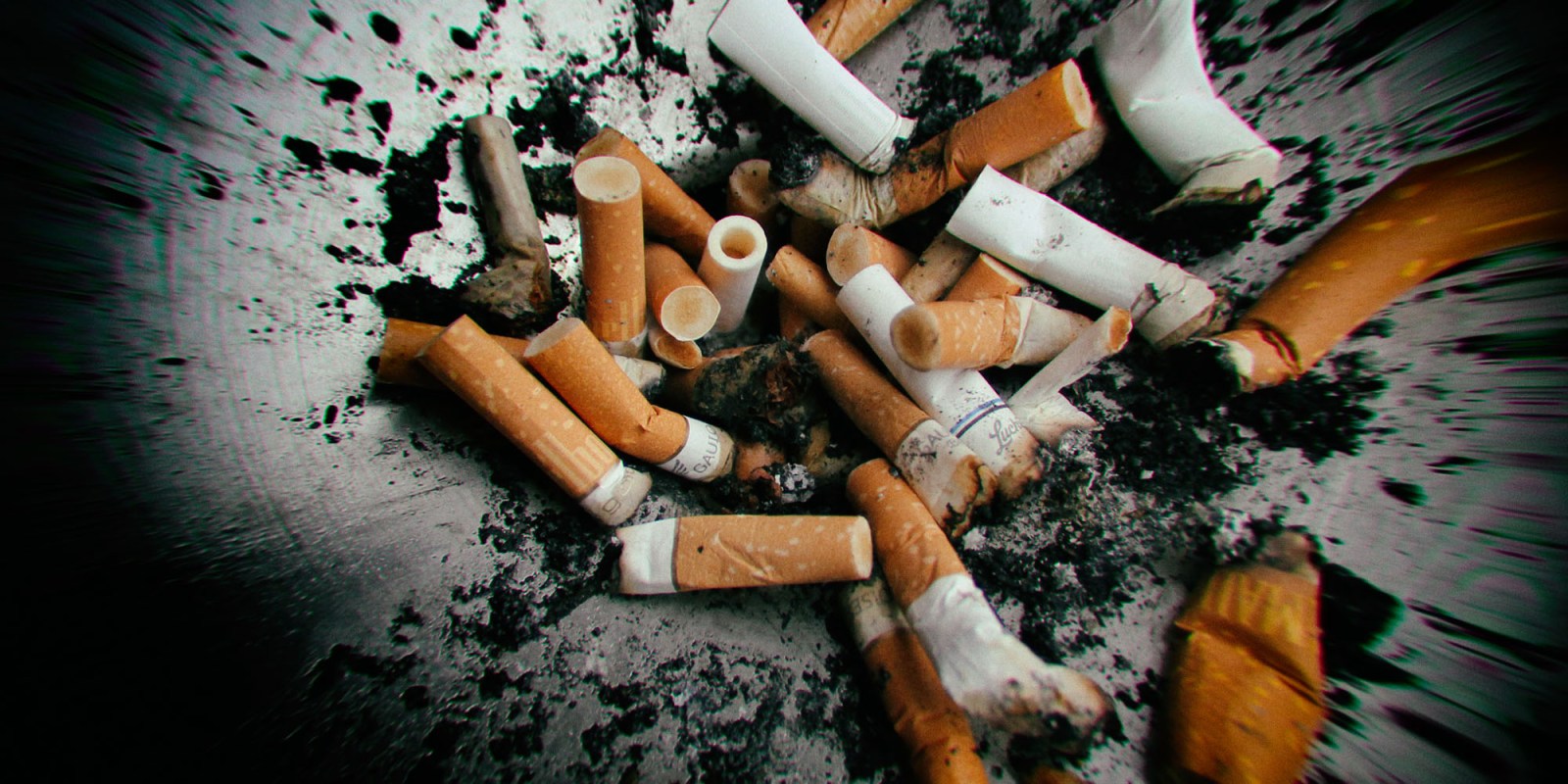 The second online survey of smokers under lockdown by UCT’s Research Unit on the Economics of Excisable Products (Reep) has found that the price of cigarettes has soared 250% since licit sales were banned in March, and that steep prices are the biggest incentive for quitting. It recommends the government lift the ban and raise sin taxes.

The study, lead-authored by Professor Corné van Walbeek, was based on an online survey of 23,000 respondents between 4 and 19 June. It finds the ban, while “well-intentioned,” has failed “in what it was supposed to do… The authors, therefore, recommend that the government lifts the ban on the sale of cigarettes expeditiously.”

One of the things the ban was supposed to do was prevent people from sharing “zol”, to quote Co-operative Governance Minister Nkosazana Dlamini Zuma, whom critics say has used the Covid-19 pandemic to advance her anti-smoking agenda.

Yet the survey found that “the percentage of respondents indicating that they regularly shared individual cigarettes (more than 50% of cigarettes smoked) has increased from 1.7% pre-lockdown to 8.9% during lockdown. This is an increase of 430%.” So a lot more zol is getting shared. That could only come as a surprise to someone who has completely lost touch.

The survey found about 27% of smokers have tried to quit since the ban was imposed and 33% have been successful.

“Around 93% of continuing smokers in the survey purchased cigarettes during the lockdown. This is slightly higher than the 91% reported in the first survey,” it said. So most people are still smoking and they are paying a lot more to do so — 250% more on average, according to the study, which found that a pack of 20 cigarettes now costs on average R114.

“This is substantially higher than the 90% average price increase reported in our first report,” it notes.

This is one of the things that happen under prohibition — prices go up and they keep going up.

Revealingly, in terms of advancing a public health agenda, the study found that prohibitive prices were the main reason people sought to quit.

“Amongst those who made a quit attempt, the single most important reason for wanting to quit smoking during lockdown is the high price of cigarettes (56%). The unavailability of cigarettes (14%) and the ban on the sale of cigarettes (11%), although ranking behind high prices, did not feature as strongly,” it found.

So one of its policy suggestions — which Business Maverick made a while back — is to hike the sin tax on tobacco products, which is relatively low in South Africa compared with developed economies.

“We argue that, instead of imposing a sales ban to prevent people from smoking cigarettes, the government would have been able to achieve a similar outcome by substantially increasing the excise tax (from the current level of R17.40 per pack of 20 cigarettes to R50 per pack or more). Most smokers that have quit smoking during lockdown did not quit because of health concerns or because they wanted to follow the government’s regulations, but because the illegal market that was created by the lockdown made cigarettes unaffordable,” it says.

That would also boost desperately needed tax revenues. This all sounds sensible.

Meanwhile, the price of illegal smokes is bound to rise higher, filling illegal coffers while SARS gets burnt. BM/DM