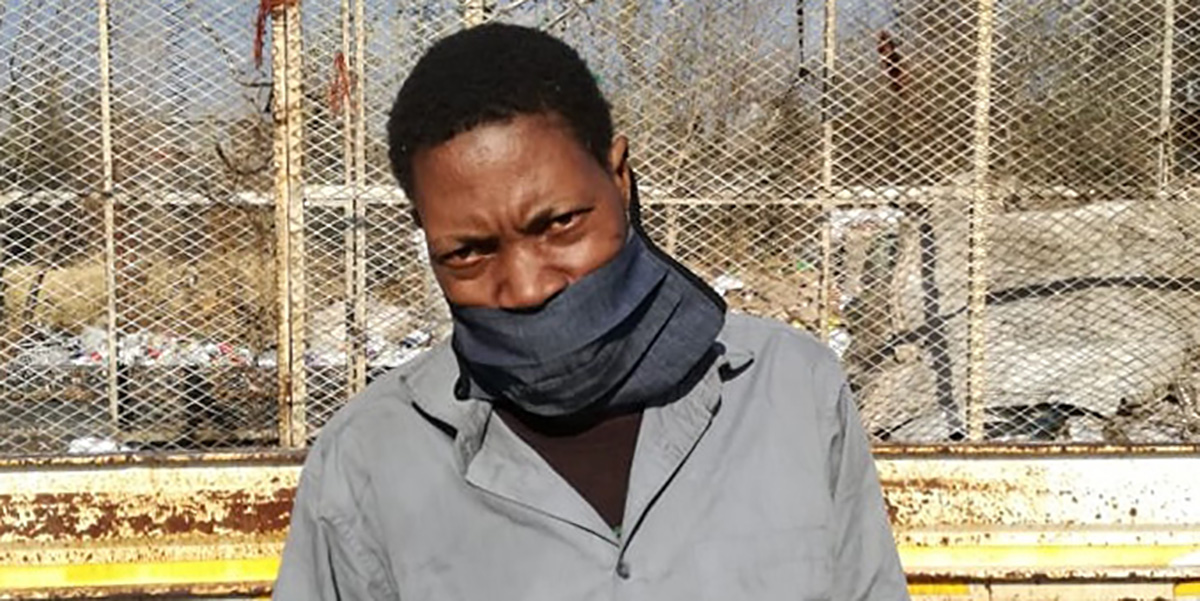 Nine informal recyclers who were arrested near Pretoria in the early days of the lockdown have been released after the North Gauteng High Court declared their arrest and detention unlawful and unconstitutional.

After being detained for nearly 90 days at Kgosi Mampuru Correctional Facility in the City of Tshwane, waste pickers Justice Shabangu and George Mphotse, who were arrested for venturing out near Centurion to collect recyclables, were freed on Tuesday 8 July.

Lawyers for Human Rights, which took on their case, said both men were home and relieved to be free.

“They are just grateful to be out but they were confused when we showed up yesterday and we were there because they have been on the inside the whole time. They didn’t know that people were actually fighting to get them out,” Thandeka Chauke, a legal counsellor at Lawyers for Human Rights, told Daily Maverick.

The two men’s legal representatives told Daily Maverick that a further seven waste pickers who were arrested in April were also released on Tuesday. Their crime: breaking lockdown regulations by going out to collect recyclable materials to make an income.

In a virtual hearing on Tuesday, the National Prosecuting Authority (NPA) ordered the release of all nine men. Judge Brenda Neukircher of the North Gauteng High Court expressed her displeasure with the manner in which the state conducted itself through the litigation, according to Chauke.

It also emerged at the hearing that at the time they were due to be released, the prison authorities said they could not immediately trace the two men in the jail.

For months, legal representatives were unable to consult with Shabangu and Mphotse to find out details of their detention, or the charges under which they were arrested.

“This is a serious human rights violation to deprive someone of their liberty where there is no justification and it also says a lot of the success of policing of poor black people during a lockdown for violations of lockdown regulations for someone who could have just paid a fine,” Chauke said.

The bail application for both men was postponed on 20 April after their arrest earlier that month. The court had required proof of residence, which was difficult as Shabangu and Mphotse live in an informal settlement, Mushroomville, in Centurion.

Furthermore, proof of identity was needed, because, according to Chauke, some of the other men arrested with them were foreign nationals.

“We find that this was really irrelevant. Why did they continue to detain our [two] clients because they are South African citizens?” Chauke added.

The only information the lawyers were able to ascertain was that Shabangu and Mphotse were arrested on 7 April in Lyttelton in Centurion as they were pushing their trolley. They were then taken to Sunnyside Police Station and from there to Kgosi Mampuru.

Shabangu, who is HIV-positive and has TB, was unable to access his ARV medication while incarcerated at Kgosi Mampuru and did not “get enough food” while in the facility.

“They were both visibly skinny when they came out,” Chauke said.

After the two were incarcerated, Lawyers for Human Rights immediately submitted an urgent court application to have their detention declared unlawful and the men released. Letters addressed to the minister and the national commissioner did not receive a response, Chauke said.

Representatives for Kgosi Mampuru and Justice Minister Ronald Lamola argued that though they did not dispute Shabangu and Mphotse should be released, they “could in fact not be traced in the correctional facility”.

Chauke told Daily Maverick: “For us, we did not even want to entertain this because the fact that you took them, surely means that when you check people in and they are allocated a cell you have a way of tracing them… you must be accountable for the people you hold there.”

All nine men were eventually traced at the facility and released on Tuesday, Chauke said.

GroundUp reported that Shabangu had been allegedly told by an official at the Kgosi Mampuru prison that in order to be released he should pay R600 to a Capitec account. Shabangu’s wife, Mamosioua Kao, paid R710 to the account, but no one was released, according to GroundUp.

When Daily Maverick asked Correctional Services spokesperson Singabakho Nxumalo for comment on this, he responded: “We are not aware of that. It’s something that will have to be investigated if indeed such an incident is reported.” DM