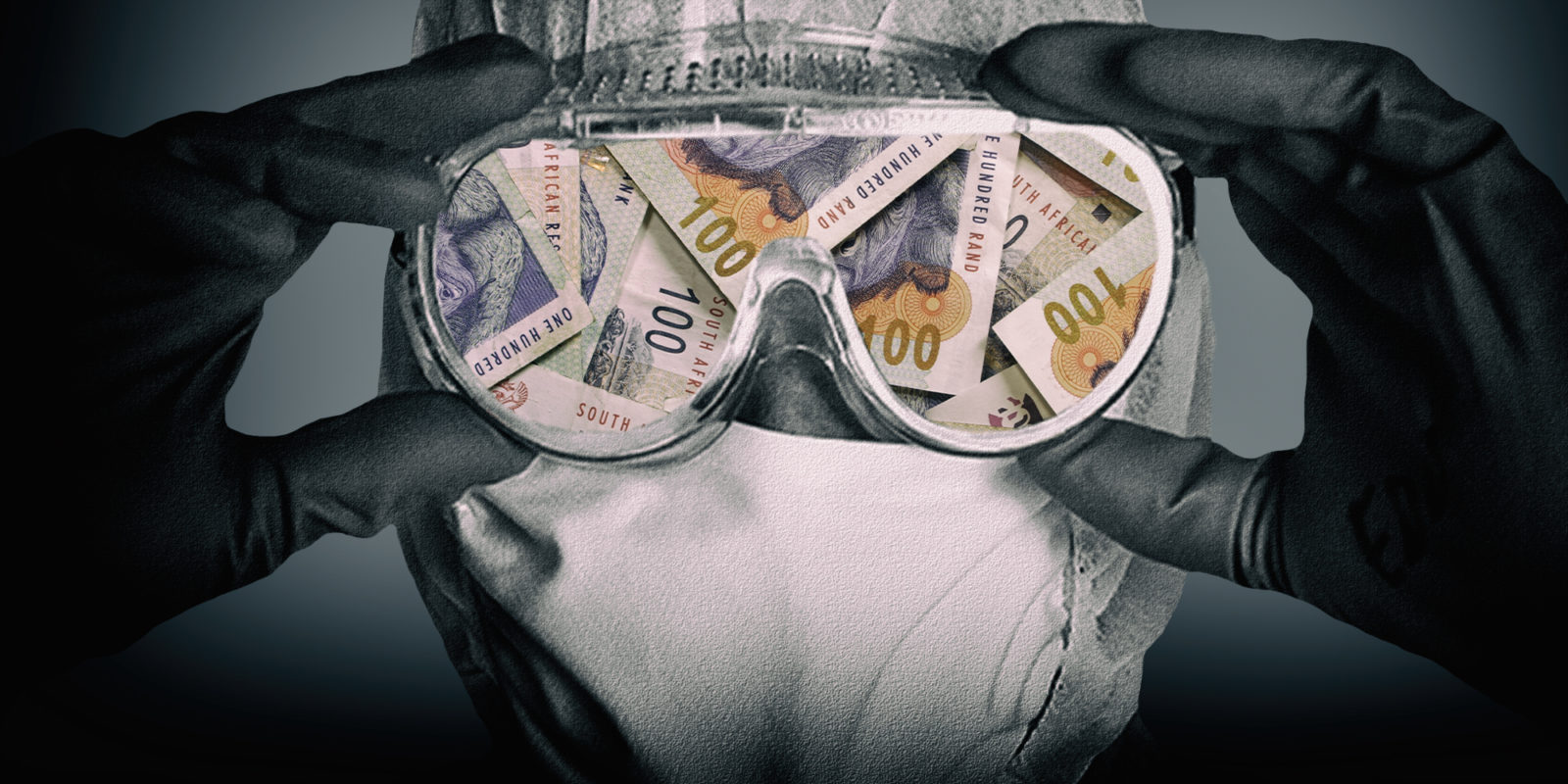 The KZN government has failed to provide a report into the procurement of PPE for the provincial education deparment. (Photo: EPA-EFE / Pablo Gianinazzi) / Adobestock)

The KwaZulu-Natal government has failed to come clean on the reported maximum prices it paid for personal protective equipment before the reopening of schools, despite saying for more than a month that a report exonerating the provincial education department would be released to Daily Maverick.

The KwaZulu-Natal MEC for education, Kwazi Mshengu, and his head of department (HOD) Frank Nzama, are ignoring communications from Daily Maverick after promising a report that would exonerate the provincial education department of allegations that it overpaid for personal protective equipment (PPE) before the reopening of schools.

The existence of the alleged report was first mentioned by Mshengu at a press briefing on 7 June, two days after Daily Maverick wrote an article about how the department had allegedly paid top prices to a handful of select suppliers for PPE — despite the items in question being available on the open market, sometimes at half the price or less.

So mysterious is the whereabouts of the alleged report, the Economic Freedom Fighters (EFF) in the province laughed it off as “not existing”, telling Daily Maverick it was simply “another excuse to loot” while the Inkatha Freedom Party (IFP) said it had not seen the document.

The Democratic Alliance told Daily Maverick that whether the report existed or not, the Special Investigations Unit (SIU) had taken an interest in the way the department had spent public funds that were intended to respond to and manage Covid-19 in public schools. Daily Maverick has been trying to access the alleged report that Mshengu said would clear the KZN Education Department of allegations by “mischievous” elements hell-bent on implicating it in wrongdoing.

Daily Maverick’s efforts to retrieve the report included contacting the MEC himself and education HOD Nzama. We also tried to contact the premier Sihle Zikalala and made numerous calls and sent texts to media liaison spokespersons and media liaison officers.

Mshengu was part of a Covid-19 press briefing called by KZN Premier Zikalala on Sunday 7 June, where he stated there was a report, it was final, and showed not one item in question had been purchased at top price. During the question and answer session of that briefing, Mshengu responded to a question from Daily Maverick on the alleged price gouging by saying:

“The report I received from the [KZN education department’s] CFO and the HOD is that there is no price, I mean, there is no unit – no item – that was purchased at a maximum price.

“And that report, tomorrow (Monday, June 8) we are sending it to the premier, as well as to [provincial] Treasury, because we also want Treasury to do its post audit.”

At the same briefing, Mshengu said that Treasury had completed a pre-audit before any purchases were made, the implication being that there had been compliance with spending regulations on PPE.

On the mystery report, the MEC said it “indicated that there was serious work done by the [provincial DoE] on negotiations to determine the prices of units, the prices of delivery, warehousing and all of those things.

“That report, as I am saying, we are giving it to the premier and the provincial Treasury tomorrow. And from there we are going to be getting guidance from the premier on how then do we ensue with communications.

“But I can assure you, there was not a single item that was procured at maximum price. Once the premier releases that report, it will be demonstrating item by item how much it was procured for and what process was followed in that regard.”

Assuming the office of the premier had the report, as the MEC had said it would be while the premier was next to him at the June press conference, Daily Maverick tried to contact the premier. He also did not respond.

The IFP’s provincial spokesperson on education, Thembeni Madlopha-Mthethwa, told Daily Maverick she too had received no responses to questions put to the provincial education department about the PPE procurement costs and suppliers.

“I will follow up and check if it has been submitted. Reports get delivered to the Premier to appraise him on many issues in the province. Not all of them are followed by a public statement. The Provincial Government is always committed to transparency and accountability as we have done on [a] regular basis.”

The DA provincial spokesperson on education, Dr Imran Keeka, told Daily Maverick that he was yet to receive a response to a parliamentary question on the issue. Said Keeka:

“The SIU has shown interest in assessing the allegations made about the procurement of PPE and Covid-19-related items by the DoE.”

There had been an “exchange of correspondence” between himself and the SIU, said Keeka.

The IFP’s provincial spokesperson on education, Thembeni Madlopha-Mthethwa, told Daily Maverick she too had received no responses to questions put to the provincial education department about the PPE procurement costs and suppliers.

“The portfolio committee also does not go into detail,” she said.

The MEC had not answered a letter she sent to him, she said.

Nevertheless, said Madlopha-Mthethwa, she continued to hear about the inferior quality of PPE provided to KZN schools.

She told Daily Maverick that she would refer the matter to her national counterpart, hoping that answers would be forthcoming from that portfolio committee.

“No, we have never seen any report and don’t know anything about it. Even if there was such a report, how would it exonerate the department from such blatant looting and corruption?”

The provincial government “do as they wish, they cover for one another” said Khoza, as there was no real-time input from opposition parties when it came to Covid-19 budgets.

“That is all with the premier’s provincial command council.” DM