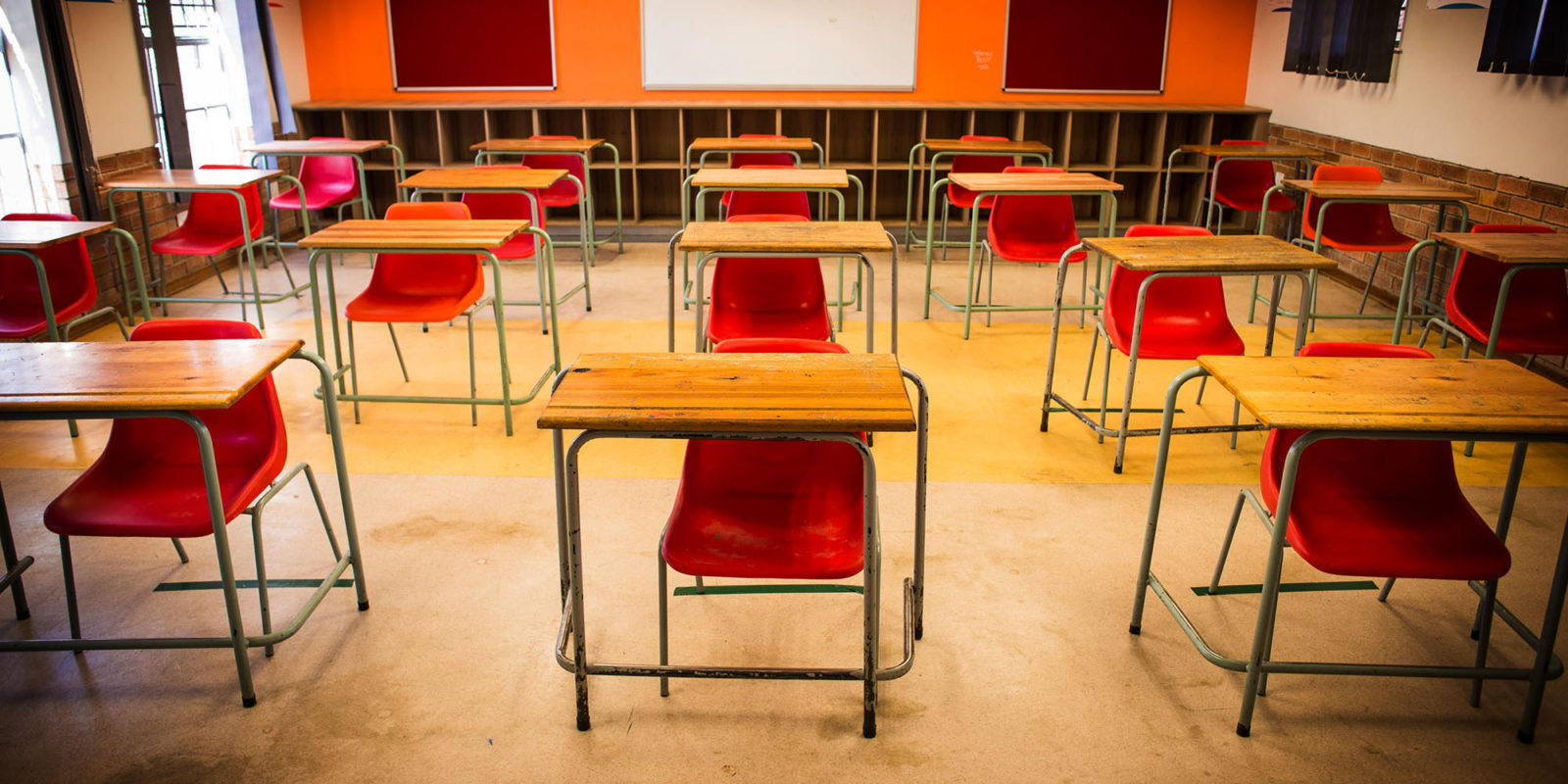 With government schools due to reopen on 8 June, prices for personal protective equipment (PPE) for KwaZulu-Natal schools were presented to the KZN legislature last Friday via a series of slides.

The prices are not only in line with National Treasury guidelines, but they are, in some cases, slightly higher than the maximum price allowed by Treasury, as set out in Annexure A of its Note 5 of 2020/21.

It appears that the province – which has the largest schooling system in the country with more than 6,000 schools and 360,000 learners in Grades 7 and 12 alone – was unable (or chose not to) leverage its significant buying power to obtain discounts from suppliers it had previously worked with.

When asked about this, the department said the prices were in line with Treasury Note 5.

According to the province’s education department spokesperson, Kwazi Mthethwa, requests for proposals were issued to companies that had “displayed capacity in the initial provision of Covid-19 essentials”.

The department did not supply Daily Maverick with the names of the suppliers.

The department still has a R497-million hole in its proposed R917-million budget to prepare schools. R422-million is going towards the purchase of PPE. Although having been approached by the department, the Treasury has yet to commit to making up the difference.

In contrast, the Western Cape education department (WCED), in most cases paid half or less than half of what KwaZulu-Natal did for its PPE, even though it has a significantly smaller department and student body and, one imagines, lacks the negotiating power that KZN has.

“No additional funding was received from National Treasury to address Covid-19 priorities. Funding was reprioritised through expired deliverables (that couldn’t be achieved due to the national lockdown), sacrificed deliverables (projects cancelled in order to reprioritise for Covid-19), and non-essential cost containment (cutting back on costs such as catering and travel),” said Hammond.

Landlords in KZN who rent warehouses told Daily Maverick, on condition of anonymity, that even with storage factored into the price for 25-litre drums of sanitiser, the department was “being ripped”.

She said initially, cloth masks were quoted at R35 per unit, but due to economies of scale, the price was reduced to R20.50. KwaZulu-Natal paid R25 – the maximum amount allowed by National Treasury – for 1,982,944 masks.

The WCED paid between R480 and R500 for five litres of sanitiser. KwaZulu-Natal, on the other hand, paid R933 for the same product.

KwaZulu-Natal paid R4,590 per 25 litres of sanitiser, while the Western Cape paid a maximum of R2,100. Storage and delivery costs were factored in for both provinces.

Daily Maverick contacted the Gauteng Education Department (GED) to compare unit prices on the same products from KZN and the Western Cape.

The GED did not provide prices, but MEC Panyaza Lesufi said the department was in “unchartered waters”.

“Usage was calculated on assumptions, thus even though difficult, [supplies are] expected to last at least two to three months.”

How the Western Cape and KwaZulu-Natal compare

Mthethwa confirmed that Treasury had not made any additional money available to cover the department’s Covid-19 preparedness.

“The department had to restructure its budget to ensure that Covid essential items are procured. Additional budget is required to fund the purchase of sanitisers, disinfectants, plastic aprons for cleaners, infrared thermometers, disinfectants spray pumps, liquid soap, gloves, face visors and cloth masks.”

Landlords in KZN who rent warehouses told Daily Maverick, on condition of anonymity, that even with storage factored into the price for 25-litre drums of sanitiser, the department was “being ripped”.

“Using the highest per metre rate, at a modern warehouse, and taking into consideration handling fee and fire protection, the rate would work out to about R60,000 per month for storage. This would include an increased price because of a short-term rental – most warehouse storage works on 12 months to five years. But in this economy, when landlords are simply desperate to get money in, the service provider would certainly have been able to negotiate a discount.”

He said the information on the slides presented to the legislature, and which Daily Maverick used for this article, were “applicable to all the provinces”.

“The Provincial Executive Council further emphasised the need to always negotiate prices down, while not compromising on compliance.”

Mshengu also said the processes were pre-audited by the provincial treasury before any orders were issued. Treasury would also be conducting a post-audit, he said.

The department of health had also pre-audited the specifications, and were now auditing what had been delivered, he said.

“The CFO has assured me that everything was bought at lesser prices than the threshold provided by National Treasury. I am sure the post-audit by the provincial treasury will also shed more light.” DM

South Africa looks at rolling out boosters for the already vaccinated