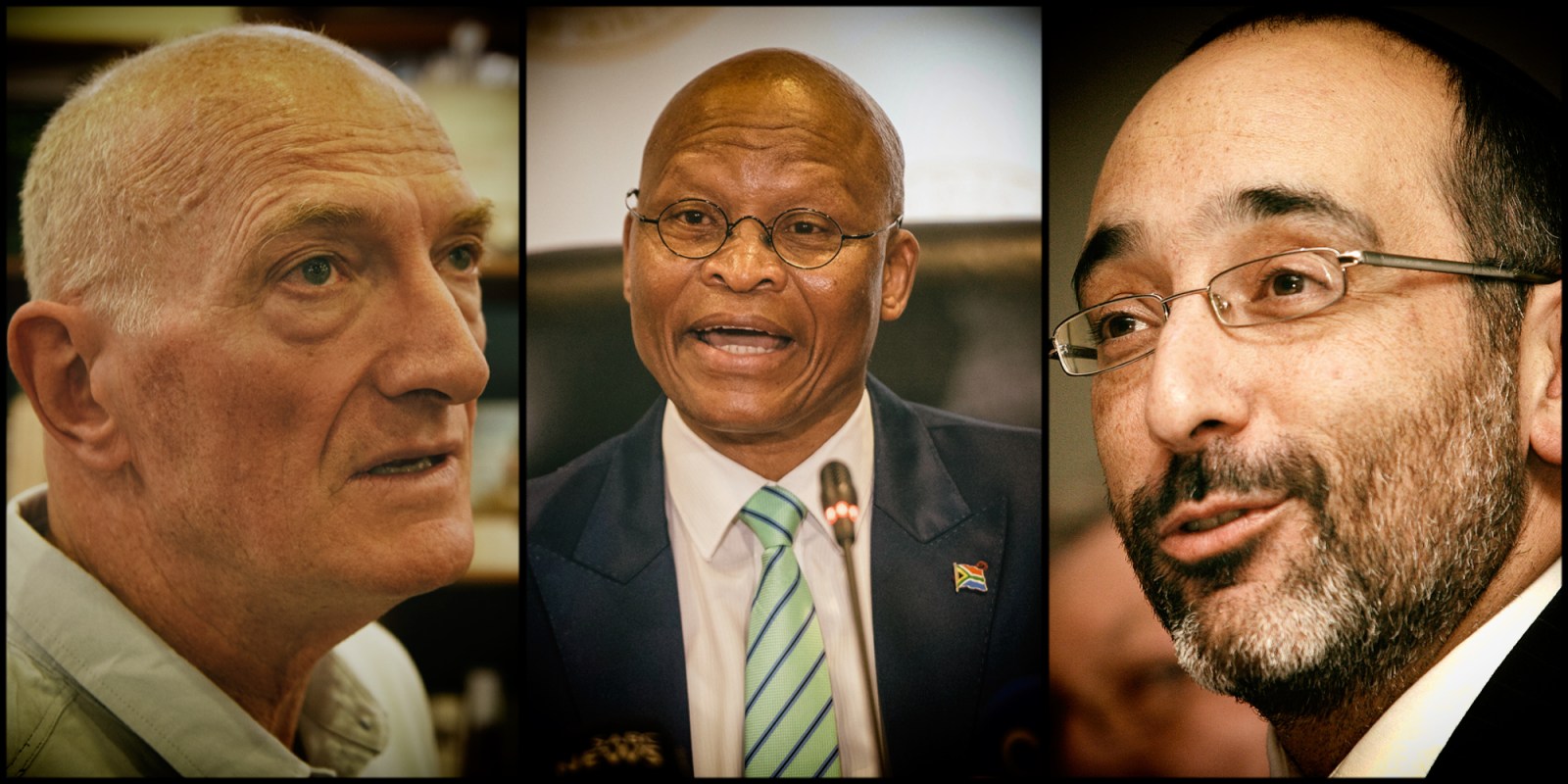 I was surprised at the tone of your article, “Warren Goldstein misses opportunity to bring light and healing to fraught issue of Israel/Palestine” (Daily Maverick, 2 July) in response to my defence of Chief Justice Mogoeng Mogoeng. My article, “Can a judge not ask for both sides to be heard?” (Daily Maverick, 1 July) was in no way an attack on you, or even on your position on the Israeli-Palestinian conflict. I was merely pointing out the double standard in how the political establishment – in this case, the ANC and certain segments of society – adjudicated this situation.

When Mogoeng calls for a more even-handed approach from the South African government to the Israeli-Palestinian conflict, he is roundly condemned. And yet, when you (and other prominent Constitutional Court judges) voice your own strong objections to Israel’s actions, there is no condemnation, no public outcry about judges speaking out on fraught political issues. The point is not whether judges can be outspoken on political issues – clearly, you believe they can be, since you yourself have been. The point is, if you are pro-Israel – or even not sufficiently censorious of Israel – you are condemned; if you are anti-Israel, you are lauded.

Your deeply personal attack on me – not just on my position, but my character, casting me as “divisive and militant” – speaks to this very same issue. You hold up Archbishop Thabo Makgoba as a paragon of conciliatory leadership. Let me first say – I regard Makgoba, a fellow faith leader, as a friend and respected colleague. And yet, in October 2019, the South African Anglican Church, under his leadership, threw their support behind the BDS (Boycott, Divestment and Sanctions) movement and issued conference resolutions that many considered classic anti-Jewish replacement theology. It’s difficult to characterise that as “conciliatory”.

I express views in support of Israel, and you label me “divisive and militant”. Makgoba expresses antagonistic views towards Israel and you laud him as “a figure of towering moral stature and a conciliating force”. These, Edwin, are the double standards. Judges and religious leaders who champion the anti-Israel narrative are hailed by the political establishment as heroic, moral leaders; judges and religious leaders who deviate from this narrative are denounced as narrow and bigoted.

Your article proves the very point I made in my Op-Ed – to even suggest that there may be another way of looking at the situation is to be condemned by the establishment as immoral. There is a strong rational case to be made for the justice of the cause of the State of Israel, and it is wrong to condemn and silence those who try to make this argument, through personal attacks, instead of litigating the issues. There is no legitimacy given even to a call for balance. Mogoeng did not endorse the policies and actions of the Israeli government, nor did he deny or denigrate the Palestinian cause. He simply called for a more balanced approach by our own government in pursuit of peace.

And in my own Op-Ed in this publication, I wrote that “anyone is within their rights to disagree with [my position on Israel]… Let us hear all sides. Let us have real, good-faith discussions on all of these issues. Let us talk to and hear one another. Let us not silence those who disagree with us.”

Edwin, honestly, does that sound “divisive and militant”? My plea in the article was that we need to create the space to hear both sides, to hear both the Israeli and the Palestinian perspective. Because without that, there is no chance for peace.

This, too, is Mogoeng’s position. And it is an eminently reasonable one befitting any judge.

So Edwin, your surprisingly harsh reaction to me is another unfortunate example of how this debate is being shut down. You vilify me because I say there is another side to the story – and that both sides need to be heard.

We need more open dialogue, more tolerance of each other’s opinions – not less. In a time of unprecedented polarisation, we need to hear each other – even when we disagree – and not silence one another with personal attacks.

Dr Warren Goldstein is the Chief Rabbi of South Africa, and has a PhD in Human Rights and Constitutional Law.