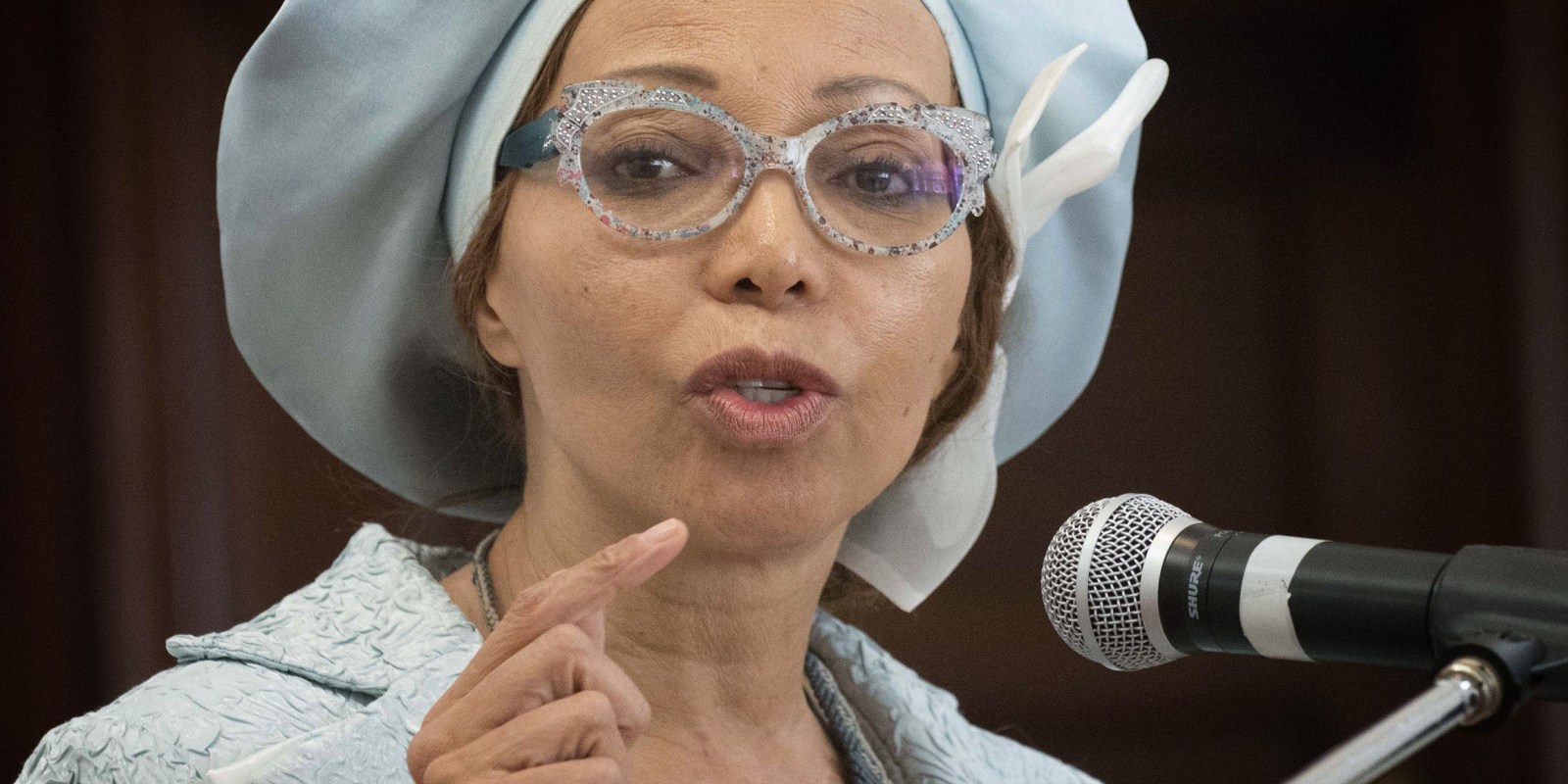 Gaborone’s pursuit of Bridgette Motsepe for allegedly financing an attempt to oust Masisi is harming relations.

One of the many mysteries about the Bridgette Motsepe affair is why President Mokgweetsi Masisi is pursuing it so relentlessly despite the harm it seems to be doing to relations with Botswana’s big neighbour, South Africa.

It’s just emerged that Botswana is legally still on the trail of wealthy businesswoman Motsepe – who also happens to be sister-in-law to President Cyril Ramaphosa – for alleged money laundering and attempting to finance a coup against Masisi.

The case against her sounds literally fantastic. She is alleged to have co-signed at least two Botswana bank accounts, holding some of the more than US$10-billion (R150-billion) said to have been stolen from the Botswana government to finance a “coup” before the national elections last year. Botswana also claims Motsepe laundered millions of pulas through a Botswana security company to sponsor an opposition candidate against Masisi in last year’s elections.

She has denied the accusations as “bizarre” and the banks allegedly involved have also denied the allegations. This included the Bank of Botswana which noted that the US$10-billion allegedly stolen represented an unlikely 60% of the country’s entire GDP.

Motsepe is an old friend of former Botswana president Ian Khama. The allegations against her spring from her supposedly helping him in his bitter feud with Masisi which began soon after Masisi succeeded him in 2018. In essence Motsepe stands accused of funding a Khama-backed candidate – former foreign minister Pelonomi Venson-Moitoi – to run against Masisi to become the ruling Botswana Democratic Party’s (BDP) presidential candidate in the October 2019 elections.

When the allegations first surfaced, Ramaphosa sent his international relations Minister Lindiwe Sisulu to Gaborone to assure Masisi the government had nothing to do with the affair.

Masisi won the BDP’s primary election and then the national election by a landslide anyway, and so seemed firmly entrenched in power. So one might have thought the Motsepe saga would have been permanently shelved. But not so.

Last week it emerged that just before the elections last year, Botswana’s directorate of public prosecutions (DPP) sent a request for mutual legal assistance to South Africa in the Motsepe affair.

Then in another strange twist, celebrated former South African prosecutor Gerrie Nel, now AfriForum’s private prosecution unit head, announced last week that Botswana’s DPP hired his unit to get South Africa’s government to respond to the mutual legal assistance request, which he said had “conveniently vanished”. AfriForum is a lobby group best known for taking up the cudgels on behalf of white South Africans against government policies like black economic empowerment.

In fact, it turned out that South Africa’s Department of International Relations and Cooperation had informed its Botswana counterpart last September that it received the mutual legal assistance request. It passed the request on to the Department of Justice, which told ISS Today that its Botswana counterparts were informed of progress in seeking the information they’d requested – which it would not divulge.

Botswana’s hiring of AfriForum only added insult to Pretoria’s injury. Masisi’s office announced on Monday that Ramaphosa would be sending his state security minister Ayanda Dlodlo to Gaborone as his special envoy to meet the president. Masisi’s office didn’t say what was on the agenda, but a senior South African official told Daily Maverick that South Africa sought the meeting, and Dlodlo would convey Pretoria’s displeasure at Botswana’s handling of the affair.

“How does a friendly and sisterly state with whom we’ve got historical, strong and cordial ties involve a right-wing lobby group (AfriForum) in matters between us?” the official said.

Ramaphosa’s office strenuously denied this interpretation of the visit, insisting that Dlodlo was to have met Masisi to discuss the Southern African Customs Union – a claim many observers found strange, since the union is way out of her mandate. The meeting was in any case cancelled.

“By turning to South Africa’s Afrikaner rights movement for assistance, Botswana has reached a point of no return in its diplomatic decline with the government of the southern neighbour,” commentator Tshireletso Motlogelwa thundered in the Botswana Gazette this week. He blamed both Masisi and Ramaphosa for failing to take proper charge of the affair and prevent it from harming relations.

More cautiously David Sebudubudu, analyst of Botswana politics, said: “The strategy deployed by the Botswana government is ill-advised. This is a delicate matter that stands to affect relations between the two countries. This is particularly so considering Botswana’s dependence on South Africa for export and import of goods.”

He said the “best way out” was to “use diplomatic channels to deal with this matter”. The deployment of AfriForum could complicate the case he added, and “Botswana cannot afford a diplomatic ruction with RSA”, which could have serious implications.

“Just consider the trade deficit between Botswana and South Africa. It says a lot about the nature of the Botswana economy. The strength of small countries like Botswana rests on their diplomatic acumen,” Sebudubudu said, adding that: “This points to a deficit of leadership in dealing with the matter.”

He said it was hard to understand the reasons for how Botswana was handling the problem. But others suggest that Masisi remains obsessed with the threat he believes Khama still poses to him – politically or otherwise. And so he seems determined to hunt down all Khama’s allies, real or imagined – whatever the collateral damage.

The irony is that relations between Pretoria and Gaborone were supposed to get better under Masisi. South Africa had correct but not overly warm relations with Khama because of his political eccentricity. The ruling African National Congress (ANC) considered him too sympathetic to the United States and the West more generally, and too antipathetic to ANC and regional allies like China.

Pretoria also disliked Khama’s barely concealed contempt for the African Union (AU), which he dismissed as a talk shop. That was probably why, when the Southern African Development Community (SADC) put up the same Venson-Moitoi as its candidate for AU Commission chairperson three years ago, she was trounced.

By contrast, Masisi has realigned Botswana with more orthodox SADC and AU positions and postures. But the Motsepe saga has apparently prevented that return of the prodigal son from translating into restored relations with South Africa. Some hints are now emerging of a planned formal meeting between the two presidents that could address this. DM