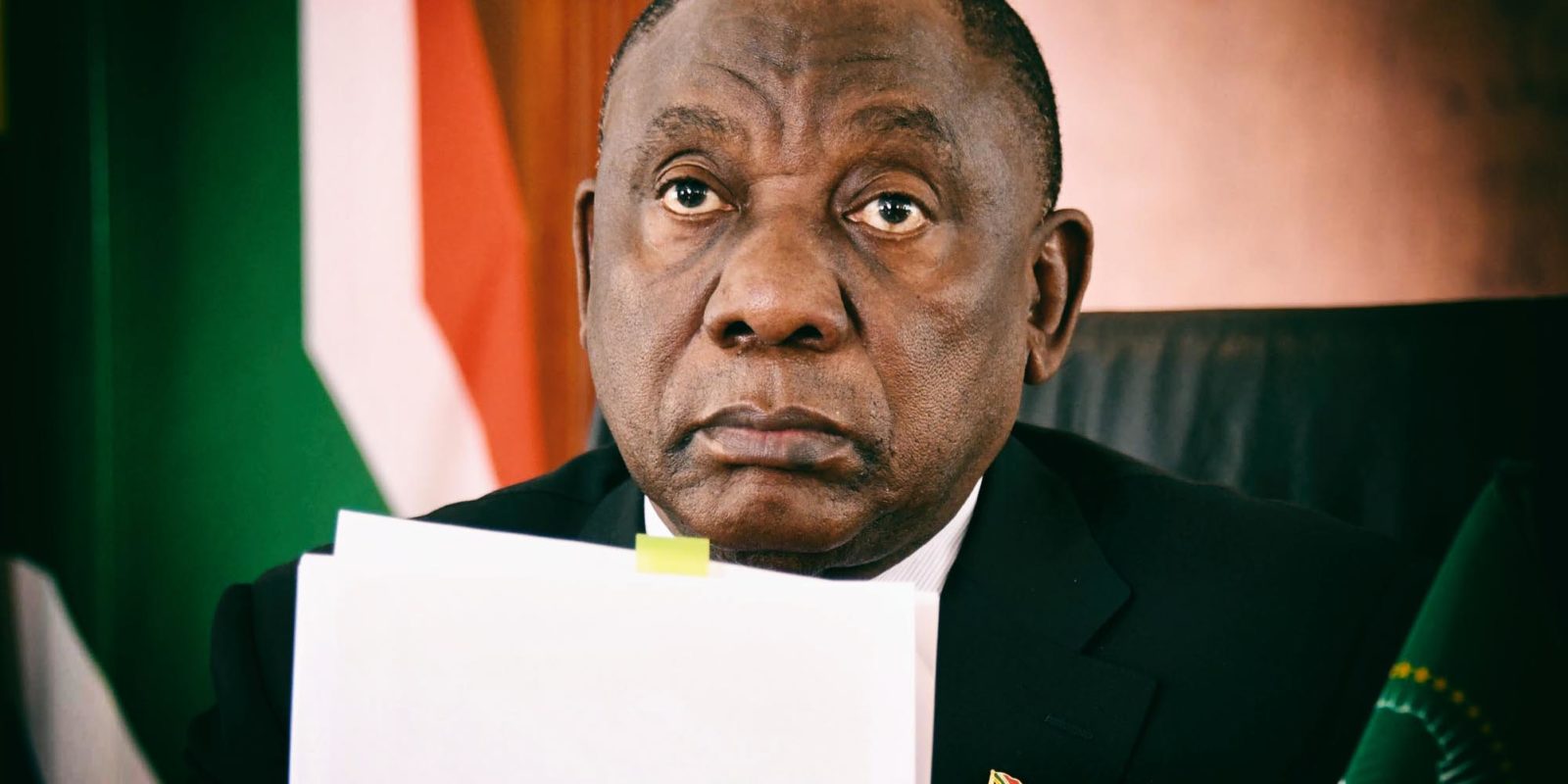 As South Africa faces a surge in Covid-19 cases, President Cyril Ramaphosa sat down with the nation for a virtual imbizo. Though the sentiment behind the engagement was admirable, in the end, there were more questions than concrete answers.

A visibly exhausted Cyril Ramaphosa appeared before the nation for a virtual “Presidential Imbizo” about coronavirus on Wednesday evening.

The interaction was broadcast live on television, social media and more than 80 community radio stations. On YouTube alone, close to 3,000 people tuned in.

An announcement from the Presidency earlier in the day described it as “a public-participation platform” where citizens would be able to “engage on community-generated solutions” to challenges in society.

The president began the imbizo by highlighting the dire reality of the pandemic:

“Many of us now know someone. It can be a friend, a colleague, a relative… we know who has now been affected in one way or another.”

Ramaphosa was clearly tired, so tired that a few small yawns managed to catch him unawares and escape mid-sentence. There were also technical glitches to deal with, but the president did his best to respond to all questions – even though he sometimes gave answers which were rather thin on detail.

“When will the cigarette ban be lifted?” asked Rulani. “Why don’t we bring back the death penalty?” queried John Abrams from Cape Town, and a frightened woman from Johannesburg shared that she was a recent victim of gender-based violence and was getting no help from the police.

Within the hour set aside for the imbizo, eight people managed to pose their burning questions to the president.

Addressing the hot topic of the tobacco ban (upheld in court last week), Ramaphosa said it was something the nation should “accept” in the interim.

“With time, as we go to another level and another level, the ban will be lifted,” he said, clearly disappointing those hankering for a smoke.

One user took to the presidential Facebook page to vent her anger:

“Lockdown has lasted nearly 100 days now. How long are you going to keep us locked up with these ridiculous rules. Stop treating us like children.”

In his opening remarks, Ramaphosa reiterated a phrase he used during a presidential address on 18 June, that gender-based violence was “the second pandemic” in our country.

Later, when faced with a query from a caller who said she was being stalked by a mentally challenged man and told by police that they could not arrest him because of his mental state, Ramaphosa replied:

“Sexual offences must be followed up despite the mental health of the perpetrator.” He added that police officers cannot be autonomous in these matters but need the assistance of social workers and psychologists.

The president also fielded medical questions, like one from Siphosihle from the Eastern Cape who asked if the symptoms of the coronavirus were changing from the common dry cough, fever and fatigue, to which Ramaphosa replied:

“I’m not a medical doctor, I should say that up front,” adding that he relies strongly on the minister of health and his team of medical advisers.

Ramaphosa repeated the sobering statistics that on Wednesday South Africa had more than 150,000 confirmed Covid-19 cases, of which a third were recorded just in the last week.

“Some of the things I’ve read from these experts is that people tend to feel it in their chest, headaches are part of it as I’ve heard and some joint pains…”

From here he pivoted to admitting that the healthcare system is “challenged” but is “relatively good” to manage the surge of people now being hospitalised because of the virus.

“Our recovery rate in our healthcare system is well over 50%,” he said, while deaths in hospitals are 1.8%, “well below the world average”.

But one can’t deny the importance of the sentiment behind the imbizo: giving the citizens of this country an opportunity to not only engage directly with their leader but also hold him to account.

Some solid points did come out of the event.

A question was raised by Granville Scheepers, (there was no reference to where he was from) via social media on whether the reopening of schools could be considered a violation of the constitutional right to life:

“We’ve got to protect livelihoods as much as we protect lives, and in doing so, we need to create a good balance between the two.”

The president emphasised that the decision to reopen schools had been heavily debated and was a “calculated risk” to protect the academic year, especially for Grade 7 and matric learners.

Ramaphosa repeated the sobering statistics that on Wednesday South Africa had more than 150,000 confirmed Covid-19 cases, of which a third were recorded just in the last week.

The latest statistics released by the Department of Health show that the death rate has surpassed 2,500, while in a single day (30 June) close to 7,000 new cases were reported.

“The reality is, we couldn’t remain under lockdown forever. People need to earn a living. They need to continue with their education. Businesses need to reopen.”

“At least, in the immediate term, South Africans will on average be poorer.”

As the engagement came to a close, Ramaphosa urged South Africans to adhere to the Disaster Management regulations, practise good hand hygiene and wear masks.

“Can we defeat this pandemic? Yes we can. How can we defeat it? By changing our behaviour.”

More public interactions are scheduled for the near future. DM