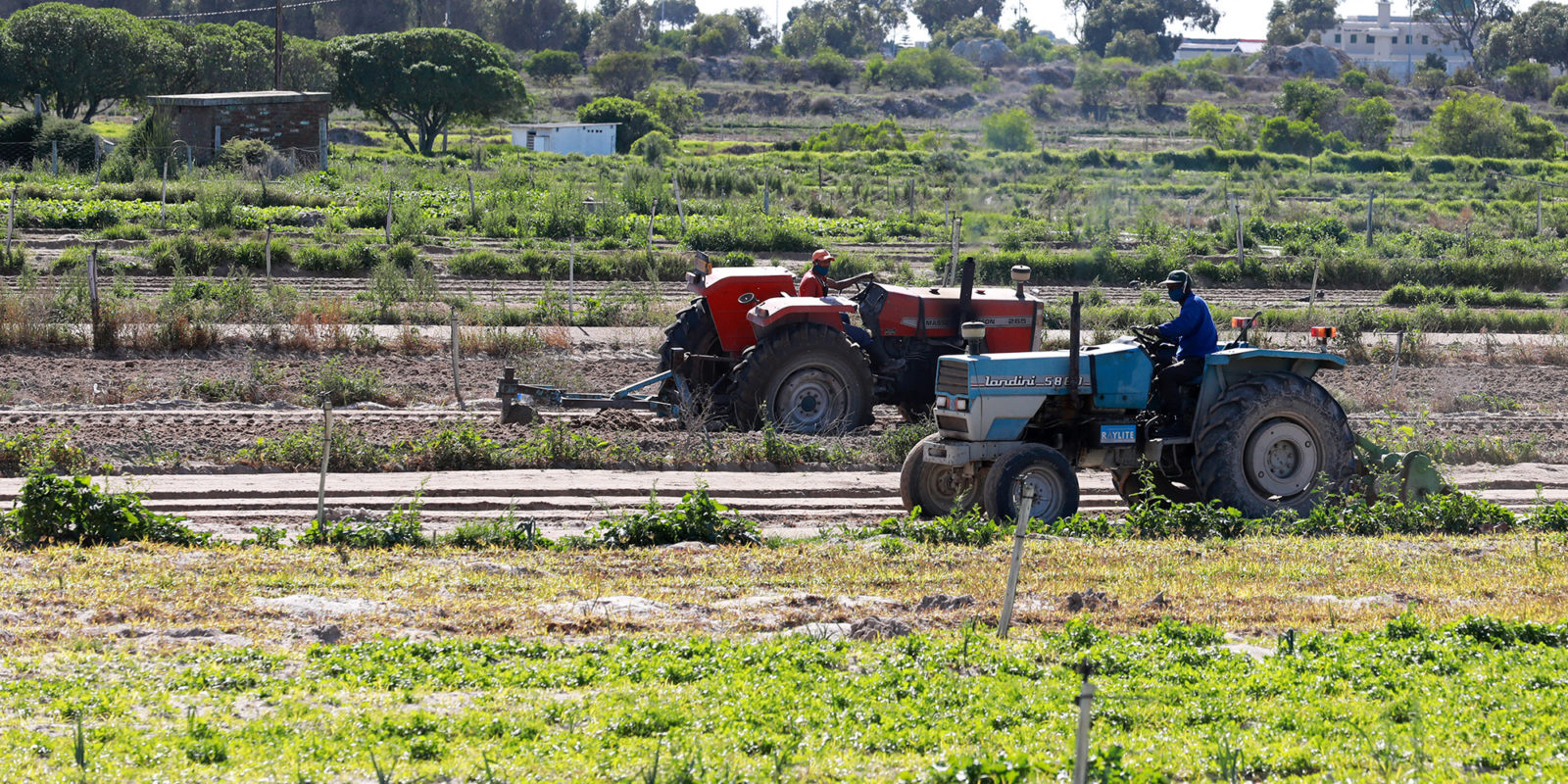 The Cape Town City Council has cleared the path for R40m in funding from the National Treasury for the Philippi Agri-hub Project. (Photo: Nardus Engelbrecht / Gallo Images via Getty Images)

At a council meeting on Tuesday 30 June, the ANC and the EFF rejected proposals to sell vacant City-owned land in Plattekloof. However, a majority of councillors voted for the land to be sold and the proposal was approved.

Most councillors voted in favour of City-owned vacant land in Plattekloof in the northern suburbs of Cape Town being transferred for residential purposes despite councillors raising concerns over the lack of detail in the tabled report.

The land in question, about 3,000 hectares, is located on a steep slope in Plattekloof.

“Council resolved that the site be disposed of for medium-density mixed-use development with a requirement for a component of any future development on-site to be affordable or Gap housing,” reads a 2019 report sent to council.

According to the report, the “surrounding areas are characterised by low density, single dwelling residential development, primary school, tertiary education facility, private hospital and some commercial use facilities”.

ANC councillor Banele Majingo said there had been 33 objections to the transfer of the land, but there wasn’t any detail on the objections in the tabled report.

“The objections aren’t here, we were just told that the objections were successfully addressed and we don’t even know how,” said Sotashe.

In addressing the motivating factors for selling the land, the report notes that “the transfer of the land will relieve Council of the maintenance burden, market-related income will be received and the transfer will enable better utilization of City land”.

Furthermore, the sale of this land “would put R42-million in our financial pots,” said James Vos, mayoral member for Economic Opportunities, Tourism and Asset Management.

The ANC and the EFF rejected the proposal to sell the land. At the end of the debate, 105 councillors voted in favour and 32 voted against the proposal.

EFF’s Sylvia Moloto told the council, “the selling of this land will only benefit the minority”.

She questioned why the sale of the land was only advertised in the Cape Times and Die Burger and not in more newspapers.

The next item on the agenda, the Memorandum of Agreement (MOA) for a support grant of R40 million from Treasury for the Philippi Agri-hub Project, received approval from the ANC but was rejected by the EFF.

In 2019, the City’s Urban Catalytic Investment Department submitted a bid proposal to National Treasury for R40-million funding over a three-year period for the project.

In a report tabled to the council, the report sought approval for the director of Spatial Planning and Environment to enter into an MOA with National Treasury to provide for the transfer of the relevant grant funding to the City to fund this project.

“The objective of this project is to enhance agriculture in the area. It’s meant to create jobs and stimulate economic growth,” said Vos.

The project has three subcomponents: an expanded and upgraded agri-processing and packaging plant; an expanded food waste to organic compost manufacturing plant; and an expanded small farmer training academy and business development centre.

“Whilst these facilities already exist at a modest scale at the Philippi Fresh Produce Market complex, the purpose of this project is to significantly upscale and enhance these City-owned facilities by leveraging them with additional public investment to reach a greater number of participants and beneficiaries,” reads the report tabled to the council.

Siphiwo Nqamnduku, an ANC councillor, said the Philippi Fresh Produce Market was established to bring empowerment and jobs to Philippi and that he supported entering into an MOA with Treasury.

Khaya Yozi, an ANC councillor, who supported the MOA, was worried that there wasn’t enough public participation, particularly from the agricultural players.

Mbulelo Dwane, an EFF councillor, asked for clarity as to how this project would assist people in the community.

“Perhaps we should be given a report on how Philippi has benefited from this,” suggested Dwane.

Dwane was of the view that the “DA wants to privatise the project and hand it over to white monopoly capital”.

The MOA received final approval from council. The first funding will be received by the City as from 1 July.

In a statement released by Marian Nieuwoudt, the Mayoral Committee Member for Spatial Planning and Environment said: “Philippi has significant potential for economic development given that it has a well-established industrial area. There are also opportunities in urban agriculture and agro-processing as it is in close proximity to the Philippi Horticultural Area.”