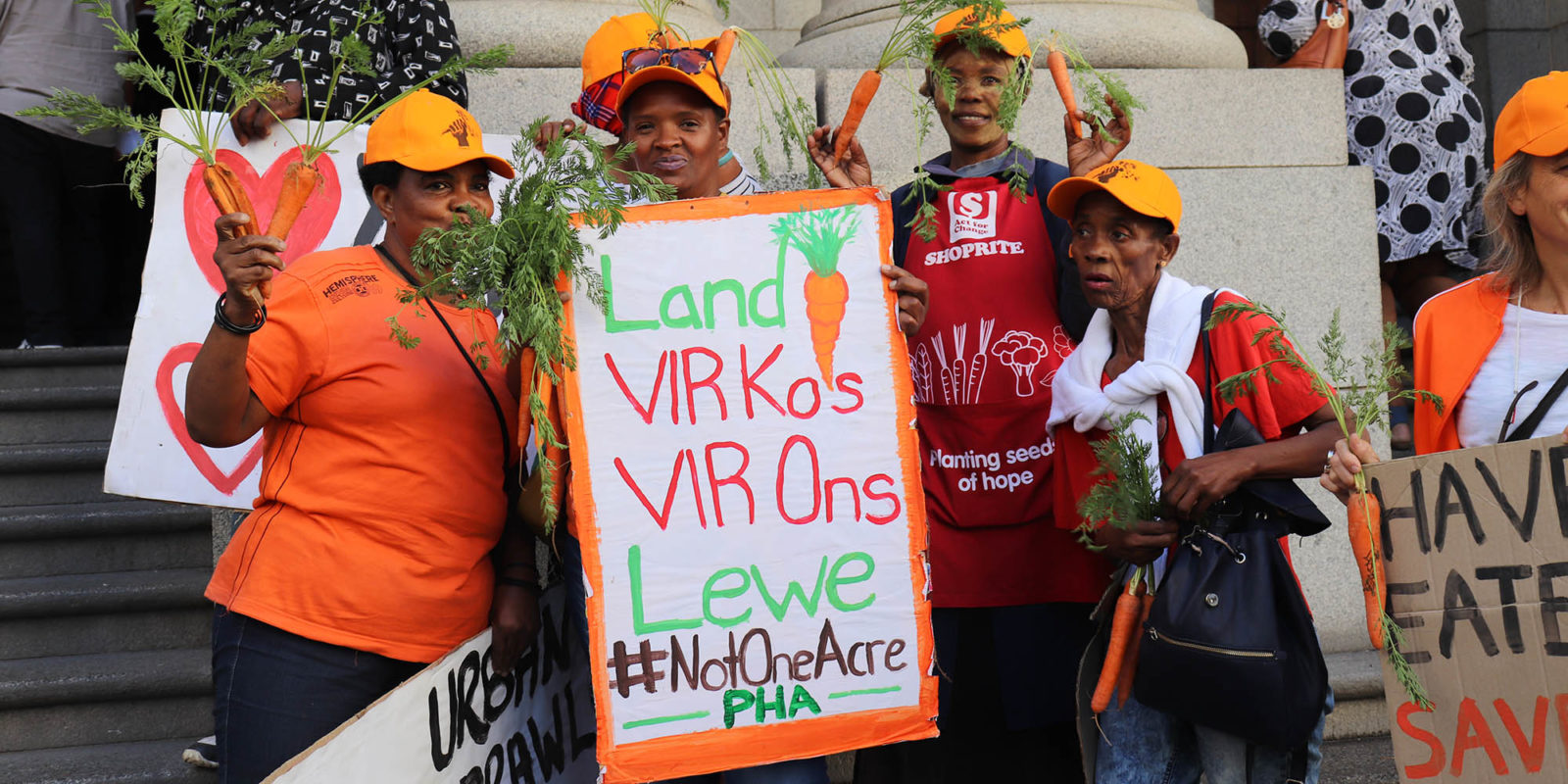 With findings that neither the City of Cape Town nor the provincial government considered the full impact of development on the Cape Flats Aquifer in the Philippi Horticultural Area, the Cape High Court has sent two crucial decisions back for a second look.

After a decade of legal battles to protect the Philippi Horticultural Area (PHA)  against urban development, the PHA Food and Farming Campaign, backed by 33 civil society organisations, finally won a significant victory in the Cape High Court, with a judge finding that neither the City of Cape Town nor the provincial government paid proper attention to the impact housing and other urban developments will have on the Cape Flats Aquifer. The court also found that a crucial appeal decision in this regard was made using old reports.

The PHA was described in a report commissioned by the Western Cape Department of Agriculture in 2018 as an integral part of Cape Town’s food security. The report warned that the loss of the Philippi farmlands would result in thousands of job losses and millions of rand in economic losses. The report said the special growing conditions of the PHA were “irreplaceable” within a 120km radius because the area was cooler and resilient against drought due to the aquifer.

Judge Kate Savage sent an appeal that was granted by the Western Cape MEC for Local Government, Environmental Affairs and Development Planning, Anton Bredell, in favour of developing large tracts of the area, back for reconsideration. She ordered that the MEC consider the impact that the Oakland City development will have on the Cape Flats Aquifer in the context of climate change and water scarcity.

She also sent back a decision to refuse an appeal against the rezoning and subdivision of Oakland City to the City of Cape Town’s General Appeals Committee to consider the same issues and specifically the water issue – saying that the decisions fell short of the Promotion of Administrative Justice Act as all factors had not been considered.

In her summary of the evidence and arguments before court, Savage explained that the environmental assessment was given the go-ahead after it was found that all the requirements for a positive finding were present. This included a decision that the potential impact on watercourses identified in the final Environmental Impact Report were of “low negative significance after mitigation”.

She explained that an appeal against this decision was then filed. This appeal was dismissed on March 22, 2017 subject to a few changes that included efforts to create a “soft transition” with the surrounding area.

Savage found that the City of Cape Town’s General Appeals Committee “misconstrued the nature of their obligations under the land use and planning ordinance and as a consequence failed to apply their minds to issues in relation to the aquifer, a matter which, as it concerned the natural environment and impacted on existing rights, was a matter which they were required to consider”.

She found that as a result there was not compliance with the provisions of the ordinance.

She added that hydrological studies considered by the MEC were all “many years old” when the MEC made a final decision to dismiss the appeal. She said that “none of these studies appeared to have been focused particularly on the impact of the development on the aquifer, the importance of the preservation of the aquifer, and how best to achieve this, in the context of water scarcity and climate change in the Western Cape.

“There appears to be merit in the applicants’ complaint that the groundwater study conducted was ‘wholly inadequate’ for the purpose of assessing the impact of it on the aquifer. No report more recent than those prepared in 2014, which were three years old by the time that the appeal was determined, assessed the state or recharge requirements of the aquifer.

“Furthermore, the focus of the engineering services report as it pertained to the aquifer was primarily on pollution prevention and the appropriate management of stormwater and not on the broader consideration of the preservation, health and recharge of the aquifer in the context of water scarcity and climate change so as to enable the decision-maker to assess the impact on the aquifer as one of the relevant considerations in deciding whether to grant the Environmental Authorisation in respect of the development,” Savage wrote in her judgment. MC