From food hamper campaigns to Digital Rands: Innovative ways to help those in need 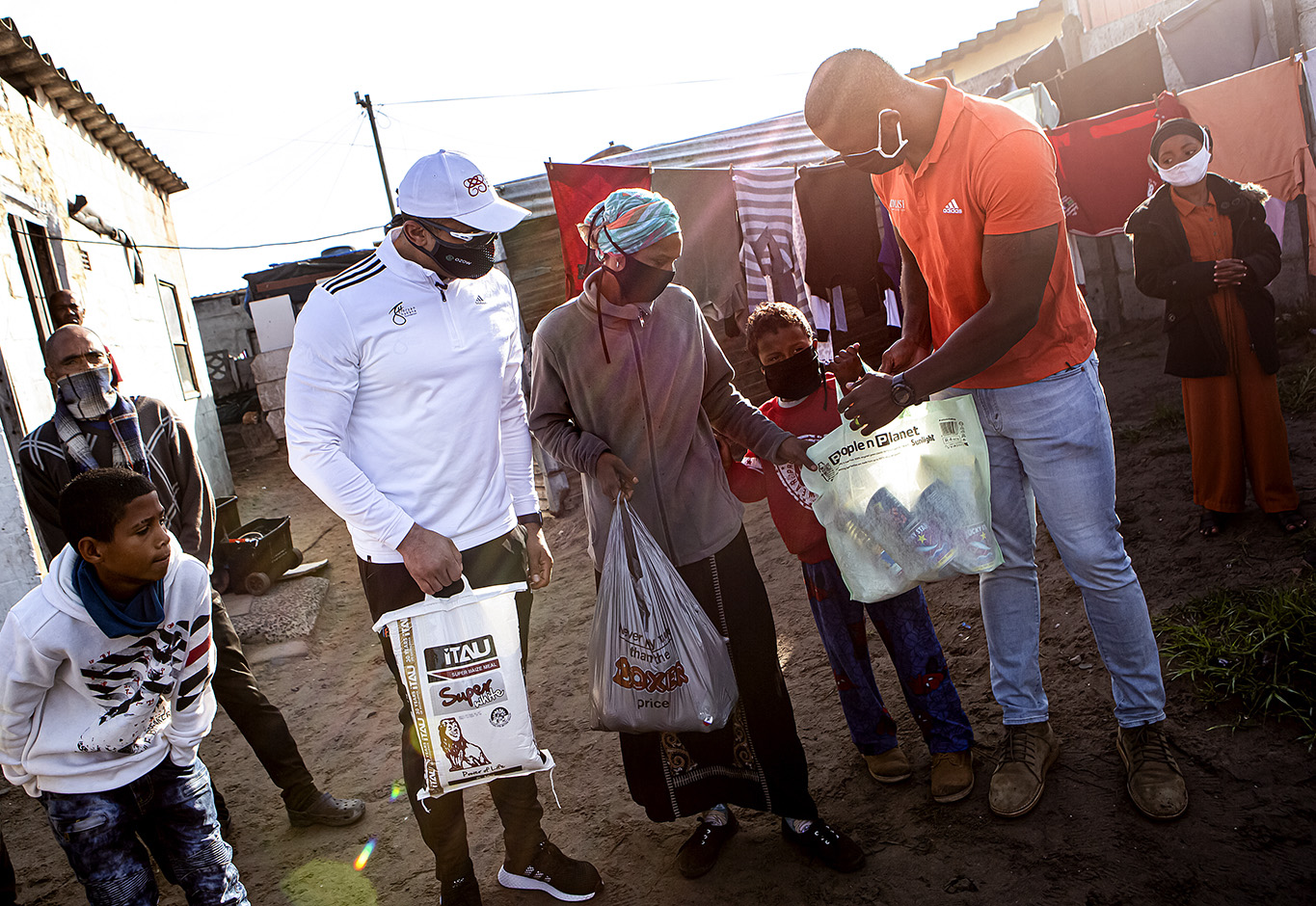 The nationwide lockdown has left many unable to work and has contributed to the worsening state of hunger in the country. Several organisations and companies are using their resources and power to help those who have been significantly affected by the lockdown.

Pick n Pay’s Feed the Nation campaign has raised more than R22.9-million to feed school children and families in vulnerable communities; 6DOT50 has created Digital Rands to help over 11 million people who do not have bank accounts purchase essential goods and limit the need for physical contact; and leaders in the film and entertainment industry have partnered together to launch SAFE (South African Fund 4 Entertainment) to help those most negatively affected (such as hourly-paid workers) by job loss and the absence of work.

With the help of customers at till points, benefactors and charities, the Feed the Nation campaign has delivered more than 13.8 million meals and food hampers to date – over nine times more meals since the launch of the campaign in April. These meals and parcels are being distributed among schoolchildren, shelters, orphanages, and vulnerable communities.

Among the benefactors of Feed the Nation are Springbok captain Siya Kolisi, his wife Rachel, and Springbok legend Bryan Habana.

“Through partnerships with organisations like the Bryan Habana Foundation and the Kolisi Foundation, we can make a greater impact. Together we have been doing hundreds of food hampers for people across the Eastern Cape. He [Siya] wanted to ensure that Zwide, where he grew up, was fully taken care of and that no one was suffering from hunger,” says Suzanne Ackerman-Berman, transformation director at Pick n Pay.

Kolisi and Habana collaborated with Pick n Pay to hand out R450,000 worth of food parcels to three schools in Khayelitsha and Mitchells Plain on 7 June.

“We have to empower the parents so they can love and support their children. That’s why we are supporting this initiative [Feed the Nation], so the children can learn and dream freely without worrying about where their next meal is coming from,” says Kolisi

Speaking on the initiative, Habana says that “it was seeing this incredible humanitarian aid giveback by both the Kolisi Foundation and Pick n Pay’s Feed the Nation, that we felt encouraged to collaborate with what I believe are two national heroes making a tremendous impact during these adverse times. I am filled with pride being able to play a small part in these inspiring efforts.”

These schools were selected from Pick n Pay’s School Club. The principles of these schools then contacted the families of learners who were usually a part of the national feeding scheme.

Companies such as Pick n Pay, the Shoprite Group, and 6DOT50 have, independently, developed ways to help those in need and limit physical contact in an attempt to minimise the spread of the virus.

Ackerman-Berman says that the vouchers are given to “beneficiaries within a community, who are sent a digital voucher on their cell phones. They can show the SMS together with their South African ID and they will be able to buy goods at selected spaza stores.”

The Shoprite Group has developed a similar virtual voucher system, with vouchers being redeemable at Checkers or Shoprite outlets.

In addition to virtual vouchers, customers can send money, for a fee of R9.99, to recipients without bank accounts at the Money Market counters located in selected Shoprite, Checkers and Usave stores.

6DOT50 has introduced Digital Rands and a 6DOT50 Covid-19 account to assist people to pay for much-needed food items.

What sets Digital Rands apart from other digital vouchers is that purchasing these rands does not require a South African ID, meaning that foreigners legally residing or working in the country can also have access to them. One Digital Rand is equal to one rand in cash.

Warren Venter, director of 6DOT50, says traditional payment methods make it difficult for people without bank accounts to participate in the digitally connected global economy. 6DOT50’s mission is to bridge this gap with innovative alternatives to cash, bank cards, cheques and EFT.

Digital Rands are currently accepted at all Shoprite, Shoprite K’nect, Checkers and Usave outlets countrywide. Venter says the company is consulting with other merchants, such as Pick n Pay and Woolworths, to discuss the possibility of coming on board with Digital Rands.

“We want to encourage people to not use cash. All people need to register for help is a cellphone number,” says Venter.

What sets Digital Rands apart from other digital vouchers is that purchasing these rands does not require a South African ID, meaning that foreigners legally residing or working in the country can also have access to them. One Digital Rand is equal to one rand in cash.

“We have also made it simple for any spaza shop or informal merchant to register with us and accept Digital Rands as a payment alternative to cash,” says Venter.

The 6DOT50 Covid-19 account is aimed at helping those who are unable to earn an income, explains Venter.

“We are creating our own database of people who are in need. Anyone that registers on our platform and verifies their ID through either an ID document, passport, or any other proof of identity, automatically becomes a part of the database and will benefit from donations.”

“We have also had religious groups come to us saying that they have members who need help, but that the group has no way of distributing the funds.”

Groups open up their own 6DOT50 merchant account and can have funds distributed to specific mobile numbers by uploading their member lists and contributing to the Covid-19 account.

A new level of people in need

Ackerman-Berman says there is a new level of people in need: those who thought they could survive until the ease of restrictions and could resume work.

“Many have been unable to return to work due to the aftermath of Level 5 on some businesses. Recently, Uber South Africa has approached Pick n Pay to help 20,000 of their drivers with food vouchers,” says Ackerman-Berman.

The most vulnerable of the film and entertainment industry – support teams and event crews – have been hit hard by the nationwide lockdown. Despite the easing of restrictions, gatherings are still prohibited (with the exception of funerals and religious gatherings).

Companies and entertainers across the country have joined forces to launch SAFE, a non-profit initiative created to raise funds for South Africa’s entertainment, event, and festival community.

The organisation is focused on delivering food vouchers to those most severely affected by job loss and the absence of work. Fundraising is done through various methods, such as online streaming events. The organisation encourages artists to pledge their support by hosting their own initiatives.

For its first initiative, Feed the Industry, SAFE partnered with the Feed the Nation campaign to support the lowest hourly-paid workers such as barman, waiters, cleaners, and security officers. Through donations, SAFE distributes food vouchers which can then be exchanged at any Pick n Pay for a hamper of essential goods.

A second initiative, Solidarity Buckets, allows individuals to donate a bucket (varying from R500 to R750), which consists of essential food and sanitation items. The buckets are not only divided among SAFE, Feed SA, and Feed a Child, but each bucket sold helps preserve the job of someone in the hospitality industry. MC/DM