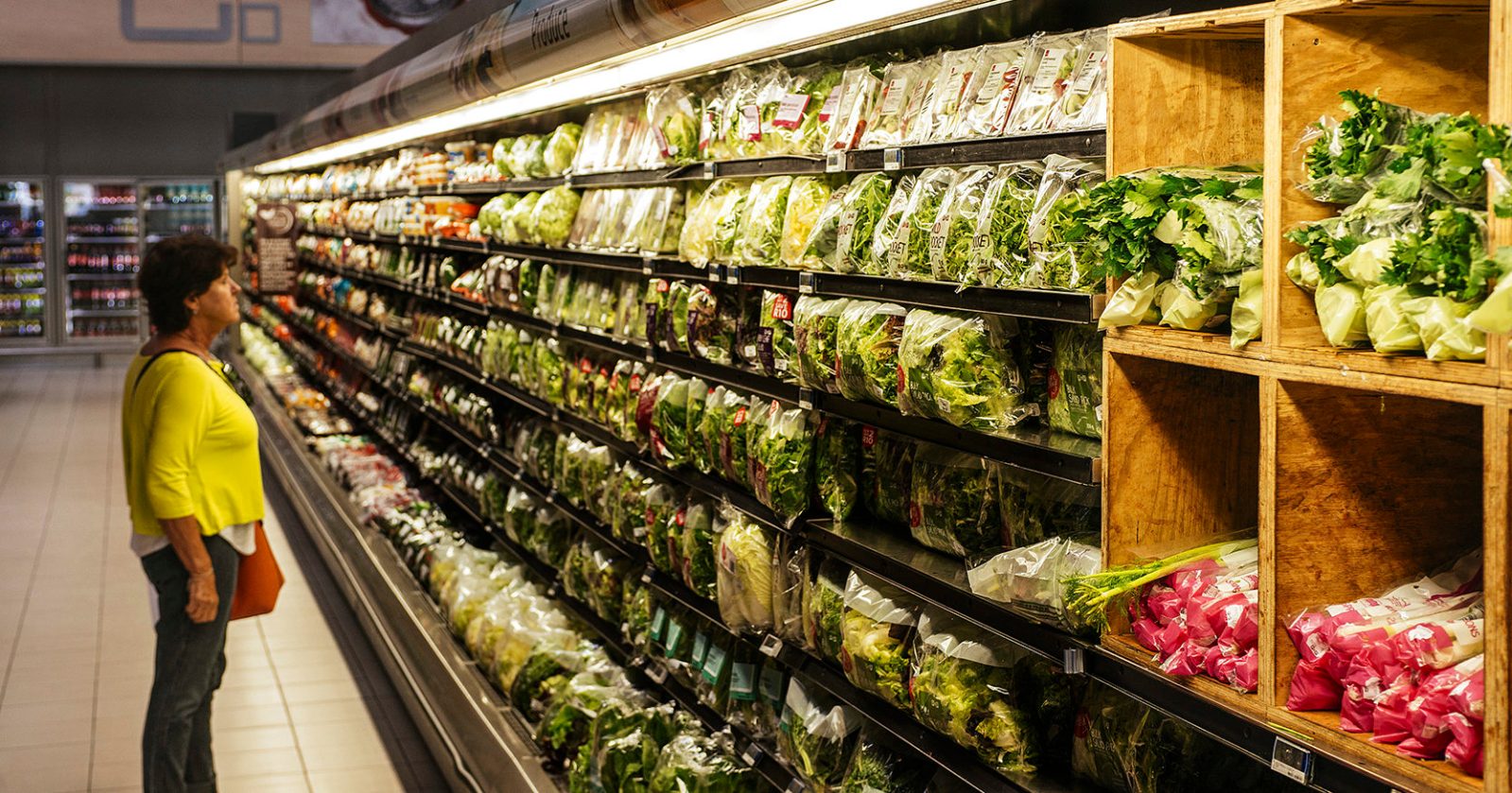 In an attempt to help communities struggling to feed themselves, Pick n Pay has launched a relief fund to provide food and basic hygiene essentials to the most vulnerable during the lockdown period. (Photo: Waldo Swiegers/Bloomberg via Getty Images)

With the hunger crisis rising during the national lockdown, Pick n Pay has launched the Feed the Nation campaign which has already helped more than 1.2 million South Africans.

Last week, Daily Maverick reported on the increasing hunger crisis in South Africa and that communities are desperate for food. The pandemic is sending hunger surging around the world and developed countries such as the US are also battling to feed starving, newly unemployed people.

In an attempt to help communities struggling to feed themselves, Pick n Pay has launched a relief fund to provide food and basic hygiene essentials to the most vulnerable during the lockdown period.

All cash donations will go directly to Joint Aid Management (JAM) and FoodForward SA, with a focus on children and shelters. Collectively, they work with organisations throughout South Africa and feed more than 500,000 people daily. The Feed the Nation campaign is also supporting Afrika Tikkun as a main beneficiary.

Suzanne Ackerman-Berman, transformation director of Pick n Pay, says the company felt it had a responsibility to the communities it serves:

“Part of our company ethos is that doing good is good business. We looked at the situation and saw that people are going hungry, kids are not getting food, and schools have closed. ”

Ackerman-Berman says the company, the Ackerman family and the executives started by putting in their own funds before the campaign had even been made public.

The Feed the Nation campaign also encourages customers to make a R21 donation either online or at an in-store tillpoint. This small donation can provide someone with a daily, nutritious meal for a week.

So far, the campaign has helped feed more than 1.2 million people. In addition to the R21 donation, customers and companies can buy food hampers with pricing points ranging from R250 to R800.

Isak Pretorius, Group Executive of JAM International, says the organisation distributes food parcels and meals that consist of an “average of 56 grams of starch and 34 grams of protein per meal”.

Pretorius says “it is the vulnerable communities of our nation who stand to be most affected by the Coronavirus pandemic… faced with great uncertainty and extremely ill-equipped to sustain themselves, leaving them at risk to secondary effects such as food insecurity”.

Ackerman-Berman said that last week, the Feed the Nation campaign received a donation to buy 800 food hampers a day for two weeks for the Hout Bay community.

Another generous donation was made by an anonymous donor.

“We received a R1.5-million donation for the Masiphumelele community in Cape Town,” said Ackerman-Berman.

“We have aligned ourselves with organisations such as FoodForward SA and JAM. All monies that are coming in through the tills and customers are shared with those organisations and helping them.”

Pick n Pay is also working with Solidarity Fund by facilitating the large allocation of funds and converting it into food hampers and collaborating with companies such as Coca Cola and Unitrans to facilitate the transportation and delivery of these food hampers.

Besides DHL and Unitrans providing support to the campaign, and suppliers such as the Willowton Group, manufacturers of leading cooking oil brand Sunfoil has already donated 34,000 litres of cooking oil as well as 68,000kg of maize meal and rice. Pick n Pay is looking for more partners to help Feed the Nation.

Local celebrities — including the DHL Stormers rugby team — have also joined to share the #PnPFeedTheNation message. In a social media video message with some of his teammates, DHL Stormers and Springbok captain Siya Kolisi says now is the time for South Africa to stand together:

“This is our nation; these are our people. We need to help, you and I can help.”

Consumers can help Feed the Nation in four ways:

Ackerman-Berman says that this campaign is likely to continue beyond the pandemic in order to help communities recover. DM/MC