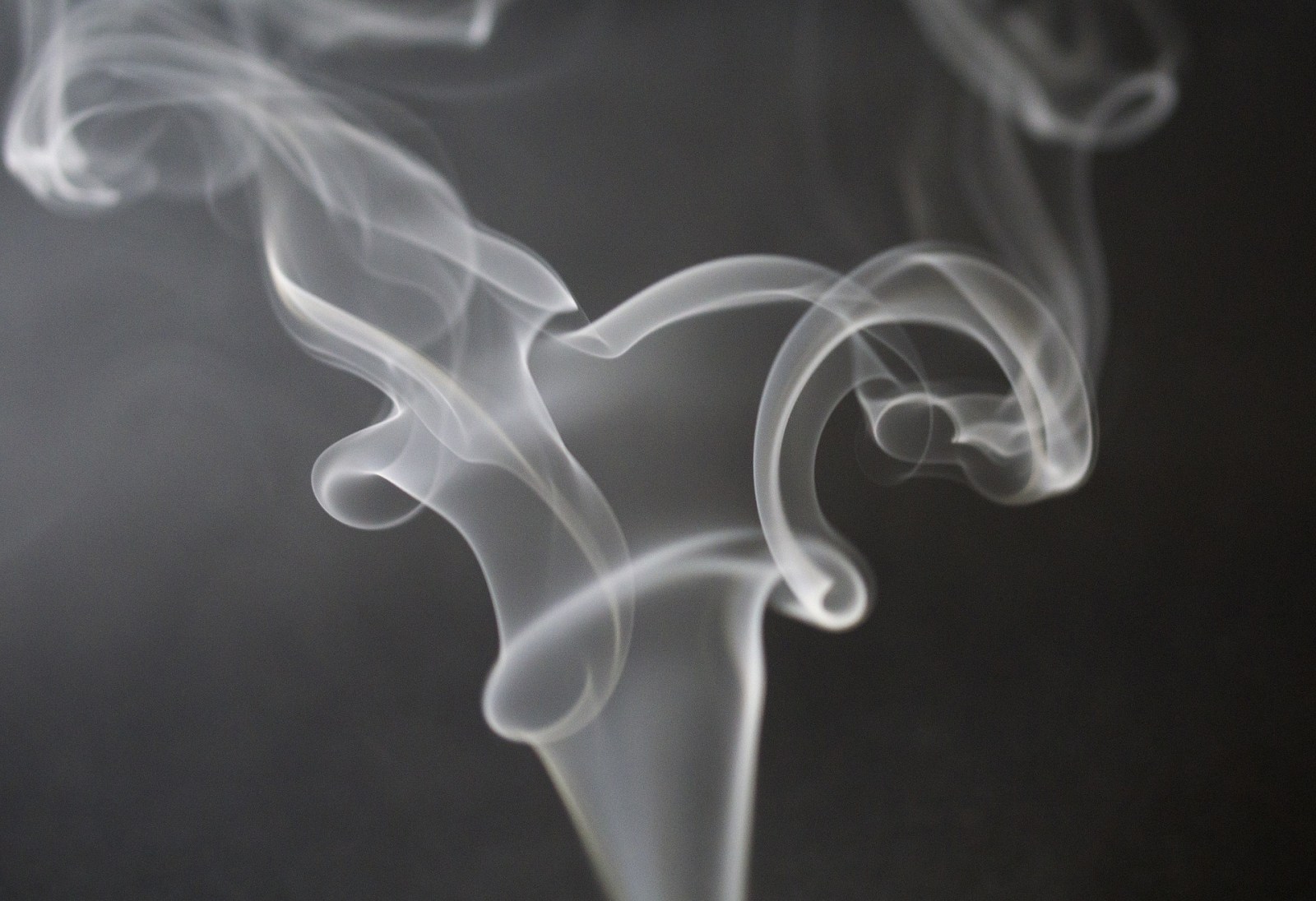 Image by tookapic from Pixabay

Government claims in court that between 800 000 and a million smokers have quit but the ease of buying cigarettes at Level 3 reveals a different story.

In the first of two court battles against the tobacco industry, Co-operative Governance Minister Nkosazana Dlamini Zuma said this week that ‘… an estimated 800,000 to one million people have given up smoking due to lockdown’.

The government’s ban on tobacco sales has flooded the market with illicit cigarettes and syndicates are making a killing. Questions are being raised about the accuracy of statistics Dlamini Zuma used in the case brought by independent cigarette manufacturers under the umbrella of the Fair Trade Independent Tobacco Association (FITA). Judgment in this case has been reserved.

While legal efforts for the resumption of tobacco sales continue, it’s not at all difficult to buy cigarettes. Assisted by a citizen journalist, Daily Maverick visited a number of spaza shops and corner shops in working-class areas around Johannesburg this week. A hand signal to indicate smoking results in the shopkeeper signalling to someone in the back, and it’s not long before an assistant appears with a selection of smokeables.

You take what you get but, as the ban continues, choices between different brands are increasing and the black market has opened up even more with Level 3 lockdown.

RGs are the most popular brand available and we paid R55 a pack (RG is a local brand with roots in Zimbabwe, normally selling for R10 a pack). Pall Mall (an international brand manufactured here) goes for R70 a pack, while other larger brands like Peter Stuyvesant, Rothmans and Courtleigh go for a hefty R110 a pack (normally between R45 and R55 a pack).

We also bought F1 cigarettes for R55 a box (a Carnilinx brand owned by tobacco magnate Adriano Mazzotti, who is Julius Malema’s bestie).

Other brands we bought included Pacific Mist, Savannah and Derby, all at between R55 and R65 a pack.

In this working class suburb, those three brands usually go for between R10 and R20 a pack, according to the smokers who assisted us. During Level 4, Daily Maverick found packs of more expensive cigarettes, like Marlboro, selling for around 30% higher than the retail price (we bought Marlboro for R900 a carton) in a la carte services on WhatsApp and using e-hailing transport as a method of delivery, at an additional cost.

Now selling for around five times the normal retail price, it’s easy to see how the ban has pushed the tobacco industry into the hands of criminal syndicates and black marketeers. Sales are particularly prevalent in poorer areas where policing is more difficult. Prices are also higher in these areas than in the more upmarket suburbs.

“Usually you have to go from shop to shop, but suddenly there is now an influx of cigarettes,” said our citizen journalist. Some might have been stockpiled in bulk ahead of the ban, but, with the relaxation of the lockdown, new stock is flooding the market.

“It’s a simple supply and demand issue. When six to eight million people [the estimated smoking population] want something (they’ll get it) even if the legitimate suppliers have been shut down,” says Johann van Loggerenberg, former SA Revenue Services (SARS) executive and author of The Tobacco Wars, in a note on his Facebook page.

“Existing tobacco and cigarette syndicates are now in overdrive. They make up to R30-million a container and over R900 a carton. Technically speaking, all cigarettes being sold during the lockdown, regardless of the brand, are now ‘illegal’. This renders the illicit trade in cigarettes under lockdown as 100% of the market,” says Van Loggerenberg.

Cigarettes are now virtually in the same category as illegal drugs. And, like any drug, price will fluctuate with demand. And there is a massive demand. Perhaps even more so than for ‘real’ drugs like crystal meth and cocaine.

A Wild West of cigarettes

Van Loggerenberg shared with us his photos of illicit cigarettes. He says it’s a “Wild West out there” and, from the images, you can see why. In the top left-hand corner of the graphic, you will see cigarettes not usually seen in South Africa, including Chinese-branded boxes. There are Rothmans and Pine Silver brands with Portuguese warnings on them – likely also smuggled in. Most of the international brands manufactured in South Africa are available too, as the images show. They also tell a story, says Van Loggerenberg, who sourced the images from social media, media reports and photos of raids conducted by police.

“Somehow, traders during lockdown get their hands on these brands. SARS and SAPS need to do the less sexy work and follow the trail. Busting subsistence drivers, small shops and low down dealers won’t make an impact. What we see now are the runners, drivers, and small scale operators being arrested. It won’t have much impact on the bigger crime elements,” believes Van Loggerenberg.

There’s no doubt, then, that the tobacco ban is benefitting anybody but the criminal underworld.  While SARS Commissioner Edward Kieswetter told parliament that the fiscus had likely lost about R1.3-billion in excise taxes by April, the cost has risen.

“Government has pushed in excess of at least R2-billion into the hands of the illicit economy in the period of lockdown. And I’m being conservative. Unrecorded cash, unaccounted for, and never to be recouped. Crooks have made over R2-billion within two months. Lord alone knows what they will do with it in future,” said Van Loggerenberg.

He estimated in this Business Insider article that the booze and smokes bans together had cost South Africa R6-billion.

Finance Minister Tito Mboweni told parliament on Friday, 12 June, that the economy is deep in recession and that the focus now was on social relief.  The R6-billion could have bought a lot of relief.

“It was decided that any economic costs were outweighed by the harm of allowing the continued sale of tobacco products during Level 4,” said Dlamini Zuma in her court papers this week.

She added, “There is a rational link between the ban of the sale of tobacco products and (the) objectives which sought to be achieved.”

The objective achieved was that between 800,000 and one million smokers had quit, according to Dlamini Zuma. To arrive at this calculation, Dlamini Zuma used a Human Sciences Research Council (HSRC) survey which found “88% of smokers had not been able to buy cigarettes, suggesting the ban was effective in reducing access to cigarettes… ”.

And while a UCT study had found that nine in 10 smokers had been able to access their favourite gwaai on the black market, Dlamini Zuma said the numbers on this survey had been incorrect.  She argued in court that the survey sample was smaller than the HSRC’s, but it also showed that one in four of those surveyed had not been able to buy cigarettes.

By combining the results of the two surveys, Dlamini Zuma reached her conclusion that between 800,000 and one million people had quit. But the surveys were done early in the ban, and the minister did not take into account the wide-ranging evidence of a growing black market where fortunes are being made while the ban goes up in smoke.

Covid-19 and smoking are bad companions

“Emerging research shows the severity of Covid-19 outcomes is greater in smokers than non-smokers,” said Dlamini-Zuma in court.

More than 1,000 people have died of Covid-19 in South Africa and increasing numbers of infections are reported every day. Smokers lungs take more strain than those of non-smokers as the virus attacks the respiratory system first, and can cause blood clotting.  It would only be a fool who does not acknowledge that it is better not to smoke.

In court, Dlamini Zuma was joined by a chorus of voices warning about the impact of smoking. These voices included the Heart and Stroke Foundation and the South African Thoracic Society, which argued that “the benefits of this intervention outweigh any negative impact”.

The College of Public Health Medicine warned that lifting the ban will “reverse the improvements in lung and general immunity of smokers gained since lockdown began”. Dlamini Zuma (a doctor herself) also told the court that allowing laissez faire access to smokes will “… undo nine weeks of immune and physiological recovery in smokers”.

On the other hand, South Africa and Botswana are the only countries in the world that have imposed a ban in relation to the pandemic. The reason is that bans hardly ever stop people smoking – there are tried and tested methods for this, as outlined in this article in The Conversation.

These methods all require that cigarettes be legal and the industry visible to the law and above board, so methods of prohibition through taxation, education, branding and mandatory quit-lines can be made to work.

What is clear is that the black market in cigarettes is flourishing and that the ban Dlamini Zuma insists on may have succeeded only in turning the gwaai into a form of illegal drug, beyond the reach of systems that can make it a less attractive habit while raising money to fund networks that can help people stop smoking. DM