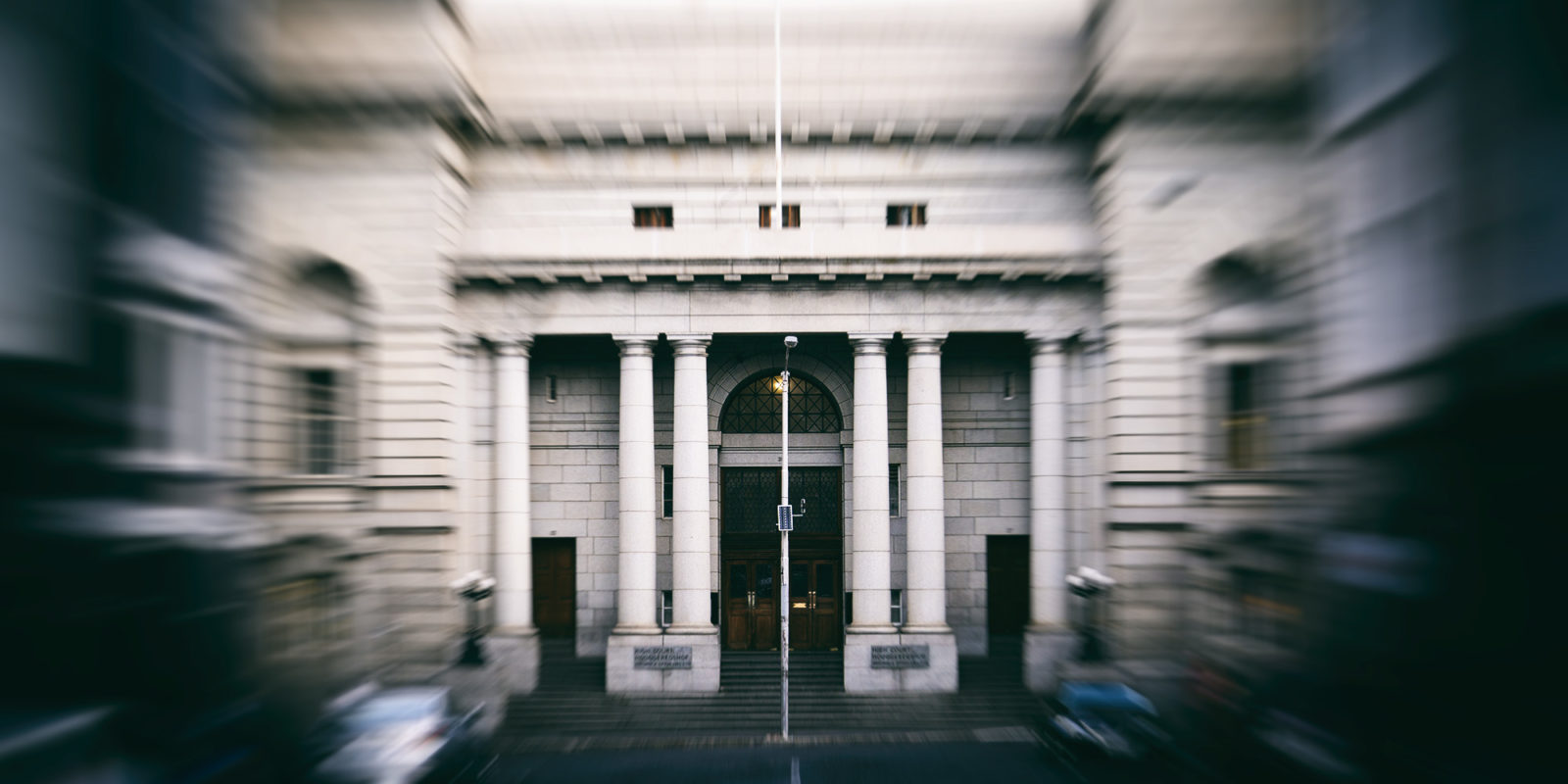 In two days of hearings which took place via Zoom this week, the Western Cape High Court has heard arguments relating to the right of big companies to sue individuals for defamation – versus the rights of activists and lawyers to publically voice criticism of big companies. Underpinning the matter are important questions of law and freedom of expression.

How far should companies be able to go to protect their reputations?

Lawyers for Australian mining company MRC have argued this week that companies have to have the right to “act on falsehoods” about their businesses, regardless of the context in which criticism was made.

MRC’s two South African mining ventures, the Tormin sands operation on the West Coast and an attempted titanium-related mining project at Xolobeni on the Wild Coast, have been the subject of controversy and fierce community opposition for more than half a decade.

But when the six individuals in MRC’s legal crosshairs went public with allegations against the company of bribery, exploitation and even murder, MRC says they went too far.

What was being argued via Zoom in the Western Cape High Court this week was not a defamation trial, but a complex legal precursor to that trial.

As previously reported by Daily Maverick, lawyers for the six defendants have filed two special pleas which were the subject of this week’s hearing. The defendants’ counsel has argued that MRC is engaging in what is known in some countries as a SLAPP (strategic litigation against public participation) suit: in other words, that MRC is abusing court processes in an attempt to muzzle criticism of its mining operations.

South Africa does not have any regulation preventing SLAPP suits, which is one of the reasons why this case is being watched so closely by activists who support the introduction of anti-SLAPP laws.

The defendants also plead that big companies like MRC should not have the right to claim damages (amounting cumulatively to R14.5-million in this case) from individuals, since companies cannot claim a loss of dignity in the same way as “natural persons” suing for defamation.

But in that case, asked advocate Peter Hodes for MRC, what steps can companies take to protect their reputation from what they claim is false criticism?

Lawyer for the defendants, advocate Steven Budlender, suggested that one of the alternative remedies at MRC’s disposal was to seek an interdict against its critics – and that by means of the defamation suit, the company was attempting “to obtain an interdict via the back door”.

Yet, Hodes dismissed this suggestion on the grounds that the contentious statements about MRC have already been made in the public domain.

“You can’t get an interdict against something that has already been said,” Hodes stated.

Hodes argued that it was “extraordinary” and “inappropriate” that the defendants were seeking to prevent MRC from being given the constitutionally-enshrined right to a fair hearing in court by suggesting that the defamation suit constituted an abuse of court process because its real motive was to silence critics.

MRC contends that even if its purpose is to muzzle criticism, that in itself does not make its defamation suit an abuse of process because its defamation claims may still have merit.

On the second day’s hearings, Hodes’ co-counsel Johan de Waal raised a point made by the plaintiffs in their heads of arguments: that allegations of “improper motive” behind court processes were in part what allowed former president Jacob Zuma to delay his corruption trial for almost two decades. (In Zuma’s case, the claim was that he was being prosecuted for political reasons.)

But Budlender, arguing for the defendants, asked Judge Patricia Goliath not to be “distracted” by the plaintiffs’ red herrings.

“Is seeking to silence and intimidate defendants a permissible process?” Budlender asked.

He claimed that the defamation suits brought by MRC were part of a “pattern of conduct” by the mining company seeking to silence public debate over its activities.

He also suggested that the mining company’s aim was to “cut off these procedures at the knees” by the threat of damages because “they don’t want their CEO cross-examined” on points of fact about MRC’s activities at the defamation trial.

Judge Goliath pointed out that the claims made about MRC in the defendants’ public statements used words like “bribes, exploitation, killing”.

The judge asked: “Where must one draw the line in terms of the language that is used?”

Budlender replied that the question was “not one that has to be answered in this case” – because the issue of whether the statements about MRC were accurate could be answered in the defamation trial.

He said that although his clients were happy to proceed to that trial if necessary, it was impossible for them to be “sucked into extraordinarily lengthy litigation” when the six defendants were all depending on pro bono legal assistance.

Taking issue with this David vs Goliath characterisation, Hodes subsequently retorted that the defendants’ pro bono counsel was a “very fine” team and that in legal terms, the “equality of arms” between the plaintiffs and defendants was apparent.

Brief submissions were made by two friends of the court. Advocate Anton Katz, representing UCT, argued for the special protection of speech made in an academic context – as three of the defendants’ allegedly defamatory comments about MRC were made while giving a UCT Summer School lecture.

Katz contended that it was not just “writing a scientific paper about microbes” that should be considered covered by academic freedom, but a much broader range of activities undertaken in a scholarly context.

Advocate Lerato Phasha, acting for the Wits University’s Centre for Applied Legal Studies (CALS), explained that CALS’ involvement was to help shed some light on the nature of SLAPP suits. It is CALS’ view that SLAPP suits are not the same as an abuse of process, and that South African common law should be developed to accommodate this distinction.

Adjourning proceedings after the second day of hearings, Judge Goliath reserved judgment – noting that what had been raised in the matter was a “novel issue”. DM