Who will put the chilli in Kidi Amin’s potty mouth? 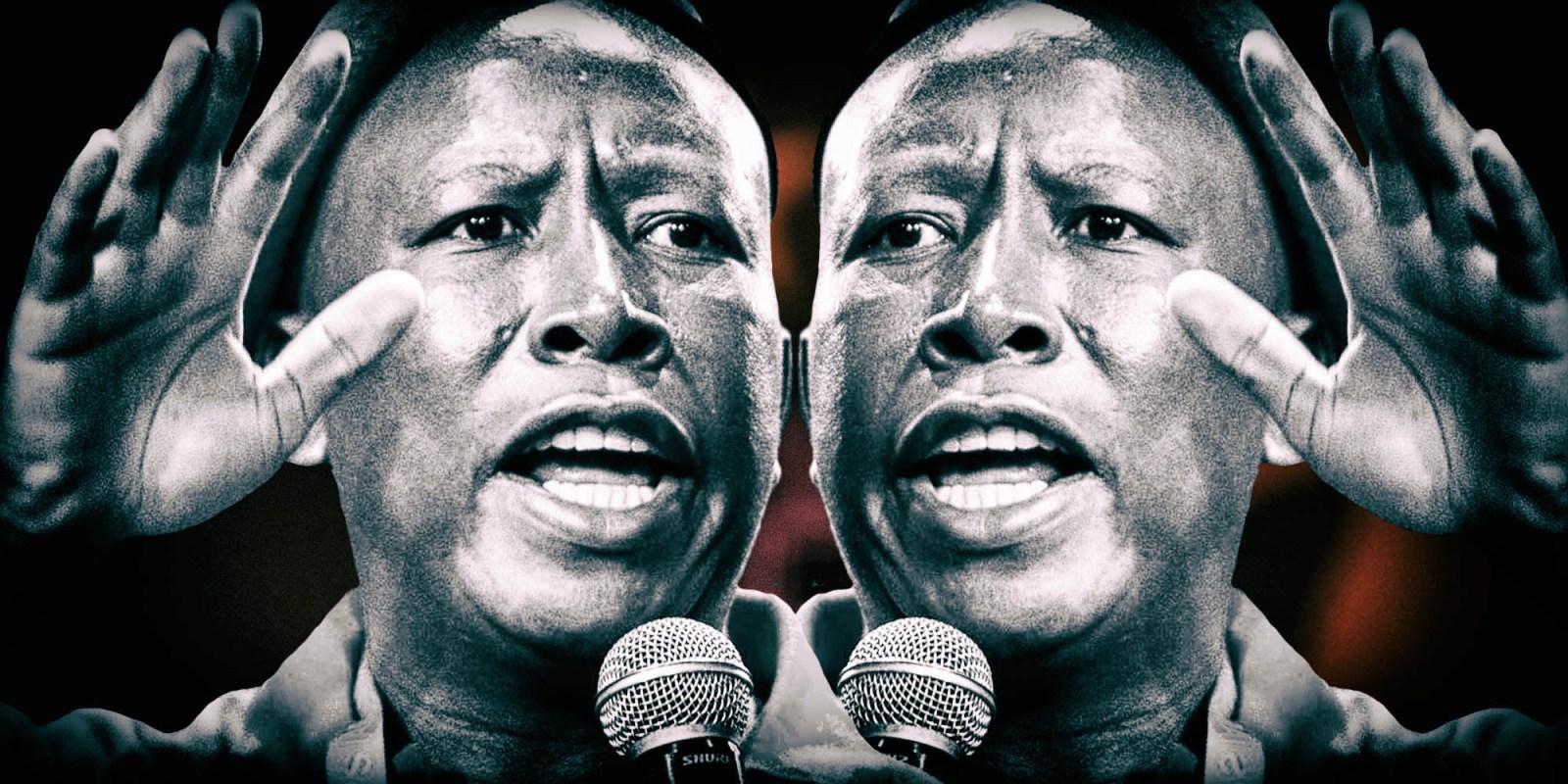 In South Africa’s famed support for free expression, it’s okay for EFF leader Julius Malema to call the President a ‘bastard’. But is it good for civil discourse, and what’s behind the potty mouth’s anger?

There were eyebrows raised and tiny ripples of discussion when EFF leader Julius Malema pinned this tweet to his Twitter account on Tuesday, 9 June: “Ramaphosa is the bastard, and there’s nothing all of you, including him, can do.”

In the main, South Africa went about its business, with very few of us (confession: I’m one) worrying about what this means for civil discourse and whether it is appropriate or not for the leader of an opposition party and an MP should sully popular discourse this way.  This absence of public burden about the tweet is testimony to the robustness of free speech in South Africa but also, perhaps, to the rapidly dwindling relevance of the party as a powerhouse in the era of Covid-19.

Last year, the Supreme Court of Appeal set the highest benchmark yet when it came out batting for a maximum definition of free speech in the Jon Qwelane case. In that judgment, government was sent scuttling to reframe hate speech legislation to align it with the Constitution’s ambient and marvellous support for free speech.

Ten years ago, Malema first famously became associated with the term “bastard” when he threw BBC reporter Jonas Fisher out of an ANC Youth League press conference calling him an “agent” and a “bastard”.

Malema was then tossed out of the ANC by a disciplinary committee chaired by Ramaphosa – so that’s the genesis of this week’s tweet.  This time, there can be no action against Malema because he is the king of his own castle now. Also, the Human Rights Commission and the courts have found that his particular forms of rhetoric are well within the bounds of constitutionally free speech.  In the case brought by the SA National Editors Forum, the judge okay’d Malema’s Twitter antics.

So, to answer the question: who will put chilli in the mouth of our own Kidi Amin – nobody will.  As a public society, we have decided to live with Malema’s uncouth rhetoric.

But the cat is being belled

But, I’d argue the cat is being belled even if the potty-mouth is running rampant.  For one, the party’s support appears to have reached a plateau at just under 10% of national support, although the local government elections next year will tell us whether it can grow into the double digits.  If you read the media, you will believe the EFF to be much bigger than it is because it has the support of a substantial part of the political reporting corps with whom its ideology resonates and they amplify its messages beyond the party’s actual support.

This is probably why Malema and his deputy Floyd Shivambu were so deflated by the national election result of 2019 as they believed the social media and reporting hype about their numbers.

(This point about political reporters, by the way, is neither controversial nor new: the political reporting corps back in the early Nineties treated FW De Klerk like a demigod while those of us who covered the early unbanned ANC of Nelson Mandela probably did the same.)

Neither has Covid-19 and the lockdown been kind to the EFF. Its politics of populist rhetoric and campaigns pivoting on gathering, rallying and marching have become lost in quieter times of lockdown and quarantine.

At the beginning of the viral curve, the EFF suggested Medieval quarantine on Robben Island for people who tested positive for infection.  Here’s a reminder. Luckily, for the public, that didn’t work out.  In fact, none of the EFF’s recent campaigns have worked although it’s fair to report the party has given generously to the Solidarity Fund.

But why is potty-mouth so cross this week?

So, besides all that, what was behind Malema’s new foray into the rhetoric of the “bastard”, this time taking on the President and not the BBC?

As Marianne Thamm reported here, its campaign against Public Enterprises minister Pravin Gordhan hit the rocks this week.  In the North Gauteng court, Judge Sulet Potterill confirmed an agreement between former SARS executive Johann van Loggerenberg the Inspector-General of Intelligence (IGI) Setlhomamaru Dintwe and the State Security minister  Ayanda Dlodlo to bin a former President Jacob Zuma-era IGI report.  That report, with no acumen or independence, mimicked other lame investigations which alleged a so-called rogue unit had taken over SARS to target Zuma.

Now, it’s been taken out of Malema’s game to take high office. He’s upset. And, of course, the dogged work of Pauli van Wyk continues to expose the EFF as a front for aggrandisement and patronage in her ongoing series on the looting of VBS.

This week saw another revelation of how the network worked and the law cannot be far behind Malema and Shivambu for the theft of public money, a lot of it from pensioners and the ordinary people the EFF says it represents.

Also, the Sunday Times gave deep insight this week into just how cosy Malema is with rich tobacco capital raising questions about his commitment to socialism.

So, nobody is going to put chilli in the potty mouth but it does seem that you can take this as meaning: the louder the rhetoric, the deeper the political vulnerability. DM